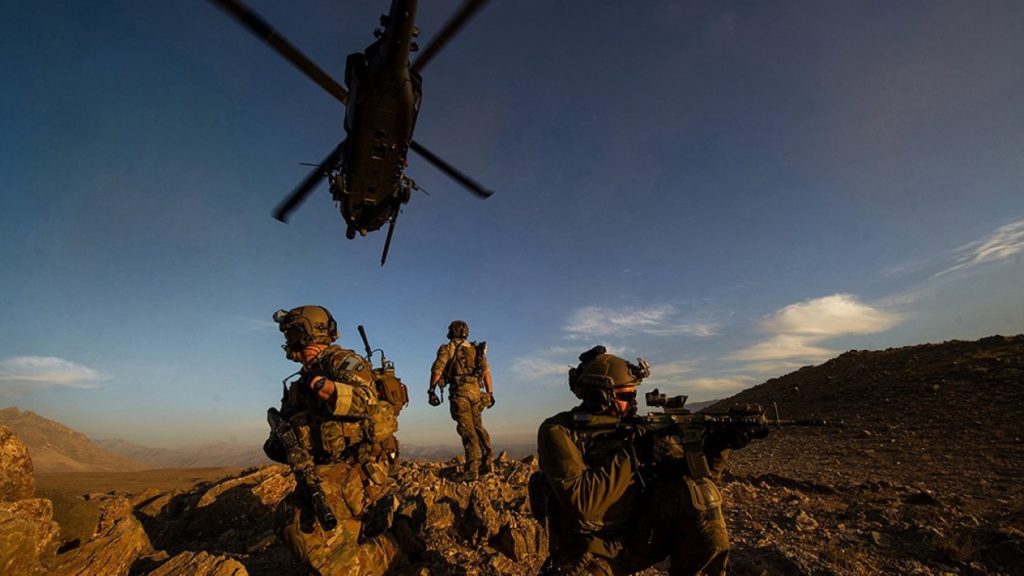 On September 25, Syria Foreign Minister Walid Muallem said in an interview with the Lebanese news TV channel, Al-Mayadeen, that the US is evacuating ISIS fighters from Deir Ezzor governorate. Muallem also said that the Syria government has evidence and eyewitnesses to support these accusations.

Muallem also revealed that ISIS had received information about the location of command post where Russian Lieutenant General Valery Asapov was killed from the ISIS shelling.

Muallem confirmed an earlier announcement by deputy head of the Defense Committee in the upper house of Russia’s parliament, Frants Klintsevich, who said that the death of Lit. Gen Asapov was a result of the treachery.

Muallem also stressed in the interview that the US Army presence in Syria is illegal while the Russian Army presence is legal. Moreover, Muallem accused the US of killing thousands of Syrian civilians in Raqqa and Deir Ezzor, and said “US has no interest in eliminating terrorism”.

The USA always assisting ISIS. By logical deduction there cannot have ever been any fighting to have ever occured between ISIS and SDF. The conflict in Raqqa must have been extermination of Syrians carried out collaboratively by the US proxies of ISIS and the SDF. With these facts in mind then one can clearly gauge the extent of the lying and fabrication on the part of the Western Zionist media.

This is given americans saving ISIS for future deployments in another place. The same as the americans (CIA) has own assassent for dirty work

US created them and now they are saving them nothing surprising

Inflitrate ISIS and use ManPads to destroy the aircrafts.

Of course, US is evacuating own fighters…ISIS.

All these are still the same we have heard before. It is like talking to a toddler who isn’t responding and you keep talking to him. The question is where do we go from here? We can start by disbanding UN or at the minimum move it’s headquarter out of US to a neutral country.

Oh dear! You think the UN site in Geneva is not full of anglozionist expats??? They are like a pest with their agents, both in the UN staff, contractors and NGOs. Most of them are empire bigots trash, some are just bona fide idiots. The UN is just the reflection of the current balance of power (economic, military), nothing more. That’s why the anglozionists have the upper hand there.

you are right. but what DJ told, is very good idea. the moving of UN from american soil is a big defeat for USA.

Well it took the killing of a general , but Russia just might get serious now in Syria . The likely CIA operators , embedded in ISIS, know who are the useful lower rank officers . Off to another well paid adventure . Hope Russian intel is noticing where these guys are going .

Now that Iraqi and Syrian forces have the overall initiative over ISIS – the next likely transit destination for intelligence services controllable ISIS assets – Libya?

Yes, Libya ,Afghanistan ,Bangladesh,Myanmar area with the Mossad Mullah of ARSA and in the tribal zone in Pakistan to create more terrorist cells.

again?do they have timetables on a website somewhere?it will be better to organize their isis passengers that way. all nmajor airlines have it…why not ‘cia airlines’

The story that the US has evacuated ISIS leaders and now troops can hardly be believed but everything about the US aggressive war against Syria is insane. There is no reason for the US to be involved except if you understand that we do what our Israeli masters want. So why is your thought not reasonable?

The US is following a sound strategy: they are trying to strip Isis from their Human Resources (the local tribes,) they are preparing the scene for the time after isis by differentiating between the tribesmen who joined isis following orders from the tribal leaders and the hardcore isis believers. The US want to make sure that this part of the local Arab population will resist the Syrian army after Isis or they will accept the Kurds rule by been promised a special treatment and benefits. It seems to me that this kind of people the US is dealing with at this moment .

What rubbish. The US and their Kurdish YPG proxies – rebadged as SDF – have no business in south-eastern Arab Syria. It is pure neo-colonialism – an attempt to fragment and partition the existing Syrian state – ie, divide and conquer.

I agree with you . What I’m saying this is the US strategy and it’s working I’m not trying to justify it!

Evidently, I misinterpreted the ‘sound strategy’ term in your first sentence – thank you for clarifying. You certainly are correct in broader sense that lower eastern-most Euphrates has always been tribal periphery of Syrian state – and ISIS drew considerable support from the area – which means US will be looking around for available and bribe-able alliances there.

Russia gave images recently of ISIS fortifications occupied by US sof. they were there enjoying the sun…..no hostilities…..that was a big publicity blow for the US. not for US citizens as their media is totally blind to everything else than propaganda. But i would very much love to see a ‘black hawk down” incident/…….Russians arent crazy to make up such stories. On many occasions even iraqis have accused US of aiding ISIS

I have a feeling that the US is withdrawing their CIA and Mossad agents from the area before Russia starts to kill them all. . .

USA needs her creation in Yemen, Lybia, Afganistan (to attack Iran and Russia), Phillipinis, and maybe in North Korea, there are a lot of work to do there.

Sadly a very believable assertion much more based on facts that the accusation of Damas working with ISIS. It means chaos in many countries just to protect the US dominance.