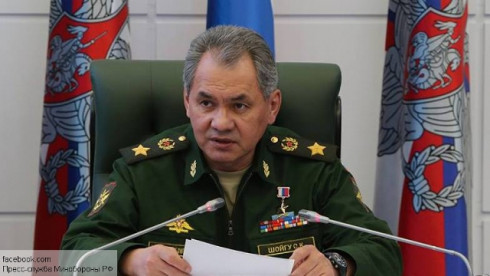 Original by EurAsia Daily; translated from Russian by J.Hawk

Three weeks after the start of Russian air operation in Syria, we’re observing a remarkable combination of hurra-optimistic commentary by Russian commanders which have gone so far as to claim they’ve destroyed the bulk of militants’ fighting power, and disappointment among the “mass observers” who are unhappy with the slow pace of advance by the “clumsy Arabs.” While official statements seem like clumsy propaganda, the disappointment is due to a fundamental lack of understanding.

Let’s start with the scale of the mission and the time during which it can be accomplished. How do combat operations unfold in a rather urbanized and densely populated terrain which moreover presents obstacles of its own?

The closest example is Chechnya. It’s a “rectangle”, 170km by 100km, mountains occupy 35% of its territory. In 1999 its population was 1.16 million, concentrated in the plains section and foothills.

The active phase of the Second Chechen War was prosecuted by 80 thousand Russian troops. They were opposed by 22 thousand militants. Nevertheless, federal forces needed five months to occupy most of hte republic and eject them from the last large town.

When it comes to the pace of liberating cities, it looks approximately like this. Groznyy, a city with nearly 400 thousand inhabitants, was captured in five weeks of fighting between 17.5 thousand Russian troops and 3 thousand militants. When Basayev left Groznyy, the Russian forces controlled less than half of the city. The assault on Karamakha, the Wahhabi enclave in Dagestan with 5 thousand population, took two weeks. In other words, fighting in a densely built up terrain against a tenacious enemy with lots of anti-tank weapons is a long “process.”

Now let’s look at Syria. The “moderate terrorist”–occupied Idlib province is about 1/3 the size of Chechnya, but it’s comparable in terms of population, and is mountainous. Jobar, a  part of Damascus controlled by the militants, had a pre-war population of 300 thousand and represents a combination of industrial zones and multi-story buildings. It is held by 5 thousand militants (while this might be an exaggeration, we’re talking about several thousand in any event). The city of Aleppo alone is like six Groznyys. Therefore the scale of the task is an order of magnitude greater than in Chechnya.

Let’s look at what forces are carrying it out. The Russian airwing in Syria comprises maybe 50 aircraft, including 30 strike machines. As a result, the number of daily sorties is around 60, even though at times it reaches 80. All the while the total militant strength is around 50-60 thousand who control considerable territory.

Under these conditions, the Russian air operation is extremely “compact.” By comparison, NATO initially 282 strike aircraft against Yugoslavia during the Kosovo operation, and this number increased to 639 and even then it did not neutralize the Yugoslav force in Kosovo. Libya saw about 100 attack aircraft carry out 8941 sorties.

While these are operations against actual states, even in Chechnya the active phase of the operation saw up to 200 sorties a day.

The Western air offensive model also presupposes the use of cruise missiles to complement airstrikes, and they were used here too. The 3M14 land-attack missile is an approximate equivalent of the US Tomahawk. Both carry a 450kg warhead, so each missile is equivalent to one bomb. All told, 26 missiles were launched from the Caspian against 11 targets.

The Kalibr missiles were used for mainly military reasons, due to the limitations of the Russian air group in Syria. Therefore it was necessary to support air strikes with sea-launched missile strikes. Though the propaganda effect was likely also taken into consideration.

However, the 26 missiles launched are close to the maximum salvo of the Caspian flotilla (32 missiles). The Black Sea Fleet recently received two such small missile ships, there’s also the submarine Novorossiysk capable of a four-missile volley. Another sub, Rostov-na-Donu will arrive in December. Two Project 11356 frigates are undergoing sea trials. In other words, the capacity to launch cruise missile strikes in the southern strategic direction is still limited.  Moreover, these missiles are expensive. Missiles supplied to India coast $6.3 million per shot. Finally, launching 26 missiles is no outstanding feat. The Yugoslav war saw 298 air- and sea-launched cruise missiles being used. In Libya, 110 Tomahawks were launched in a single day.

Syrian army is about 150 thousand strong, with additional 100 thousand militia capable of local defense. Thus the Syrian government likely has less than 80 thousand that were available for the Chechnya operation, and they are trying to attack in four different directions at once.

As far as equipment is concerned, the 4th Shock Corps which has been assembled in Latakia over a long period of time and not thrown into combat piecemeal still has major problems with materiel. Its units use obsolete tanks that are highly vulnerable to anti-armor weapons and have an extreme variety of artillery systems, which suggests reserves are running out. And while theoretically vehicle losses can be made good, crew losses cannot (a large proportion of pre-war cadre tankers have perished in the long war).

In addition, the Syrian Army is opposed by a militant grouping which is much larger than the one which fought in the Second Chechen War. The Syrian “opposition” is much better equipped with anti-tank weapons. There were relatively few ATGMs used in Chechnya (almost none in the second war), while in Syria there are hundreds. The threats by the main sponsors of the “opposition” such as Qatar on October 22 to launch a military intervention leave little doubt that the weapons shipments will continue.

The conclusions are fairly simple. There will be no effective offensive without expanding Russian military presence in Syria, and the Khmeimim airbase is limited to only 50 aircraft. In other words, Moscow is facing a choice of a failed action with all the associated geopolitical and image damage, or an intervention on a larger scale.

One can say with a high degree of certainty that the current level of involvement was right from the start planned as the first wave of “expeditionary” activity. Iraqi newspaper Al-Raid, citing a source at the coordinating center in Baghdad, wrote that the Russian command intends to increase the number of daily sorties to 200, which means tripling its composition. This might be a canard, but there are a number of indicators suggesting a build-up is imminent.

First of all, the increase in Syria Express activity in its traditional form. Thus, on October 17 two amphibious ships passed through the Bosphorus simultaneously–Nikolay Filchenkov and Saratov, then Yama on 21st, Korolyov on 23rd. Western sources also note much higher “civilian” traffic in Syrian ports–an increase of container cargo traffic by 25%.

Secondly, the Russian Navy is buying up transports. Eight were purchased in Turkey. Crews are being recruited for them at an urgent pace. This branch of the express would allow Syria to receive 1000 tons of cargo a day.

Thirdly, there is heightened aviation activity in Crimea.

One is also left with the impression that the current offensive was mainly aimed at expanding the network of bases that could be safely used and supplied. Eliminating the rebel pocket north of HOms means easier supply of the large base on the outskirts of the city. Operations to the east of Aleppo are aimed at de-blocking a surrounded airbase.

The conclusions are clear. The offensive will not achieve significant success without expanding Russian military presence and weapons deliveries. Thus the presence will be expanded. But in any event, the success will not come very quickly. And it would be worst of all to try to rely on half-measures, to place extreme demands on allies and, last but not least, to prematurely shut down the operation if success does not come quickly.

J.Hawk’s Comment: Other sources indicate that large numbers of T-72B and BMP-2 vehicles are being shipped from Black Sea ports to Syria, and it may well be that the expansion of Russian presence might instead be focused on its ground component.

However, it doesn’t seem likely that the Russian operation in Syria had as its objective the liberation of the entire country from the “moderate terrorists.” Rather, its aim appears to be to deny them even the prospect of success, and the Russian operations had accomplished that. The continued air operations and the gradual land advance are placing the anti-Syrian forces in a difficult dilemma: either negotiate now, or negotiate later from a weaker position.