Over the past two months the fighting between the CIA-armed and Pentagon-armed forces on the other side have drastically intensified, US officials and rebel leaders have confirmed. 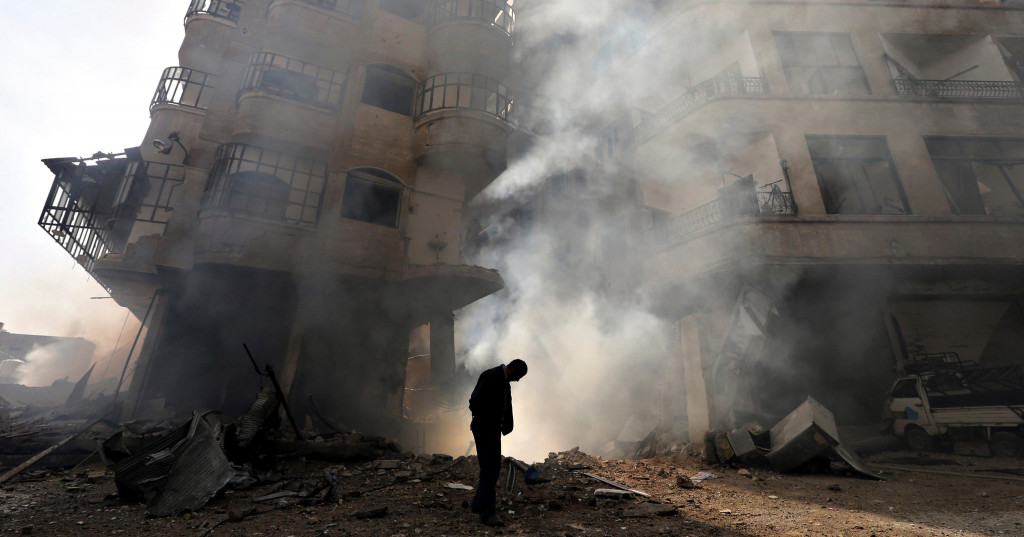 The fact that yet again shows the complete lack of control by the US over its war machine is the fighting between the two militant groups, one being armed by the CIA and the other by the Pentagon.

Reportedly this fight is ongoing in the areas between the besieged city of Aleppo and the Turkish border which has even more intensified in the last two months, officials say.

According to a confirmed report in February, Pentagon-backed units, moving in from Kurdish-controlled areas to the east, forced Fursan al Haq, a CIA-armed militia, to leave the town of Marea, which is about 32km (20 miles) north of Aleppo.

Maj. Fares Bayoush, who is a leader of Fursan al Haq militant group stated quite clearly: “We fight any faction that attacks us, regardless where it gets its support from.”

Similar reports have been claimed by rebel fighters in the town of Azaz, which is known to be a key transit point for fighters and supplies between Aleppo and the Turkish border.

These clashes clearly illustrate the level of difficulty and incompetence of US coordination among dozens of armed groups that are trying to overthrow the government of President Bashar Assad and at the same time fight the Islamic State militant group and each other.

Rep. Adam Schiff of California, the top Democrat on the House Intelligence Committee admitted that this is an enormous challenge and described these clashes between US supported groups as “a fairly new phenomenon.” He said this phenomenon is a part of the three-dimensional chess which is the Syrian battlefield.

Also, a US official, who wasn’t authorized to speak publicly on the matter, said that this is a complicated, multisided war where the American options are severely limited.

“We know we need a partner on the ground. We can’t defeat ISIL without that part of the equation, so we keep trying to forge those relationships.”, he continued.

However, Pentagon late last year deployed about 50 special operations forces to Kurdish-held areas in northeastern Syria. Their plan was to better coordinate with local militias and to help ensure that U.S.-backed rebel groups aren’t fighting one another.

Pentagon also helped creating a new military coalition, called the Syrian Democratic Forces. According to a report the goal was to arm the group and prepare it to take the territory away from Daesh in eastern Syria, and at the same time to provide information for U.S. airstrikes.

This group is dominated by Kurdish outfits, better known as the People’s Protection Units, or YPG. Reportedly, a few Arab units have also joined the group which also received airdrops of weapons and supplies from U.S. Special Forces.

The CIA however has its own operations center inside Turkey from which it has been directing aid to rebel groups in Syria. Reportedly, the CIA provides them with Saudi Arabian TOW antitank missiles.

Pentagon-armed forces (Syrian Democratic Forces) were at first mainly operating in the northeastern part of the country and the CIA-backed groups further west. But the Russian airstrikes which lasted several months have weakened them.

The Russian intervention created an opening that allowed the Kurdish groups to expand their zone of control, bringing them into even more frequent conflicts with the CIA-backed groups.

It is known that Syria has been gripped by foreign-backed militancy since March 2011. So far nearly half a million Syrians have reportedly lost their lives and millions of them have been displaced as a result of the violence.

Well atleast the Kurds are smart and doesn’t follow all orders, they dont take anyone’s side because of their loyality to a Kurdish state. They are smarter than people think.