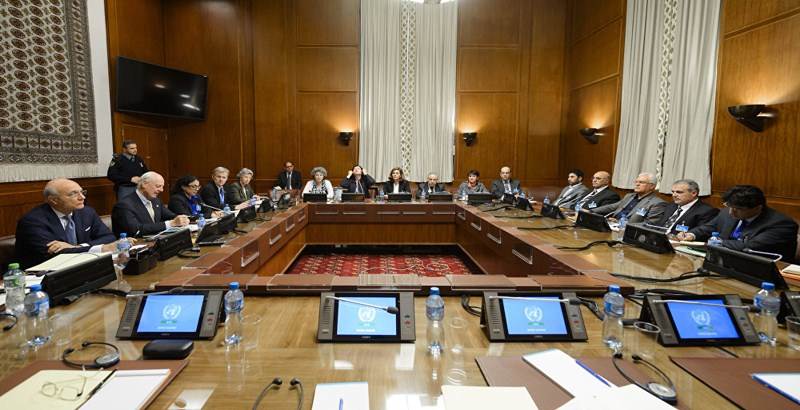 On Wednesday, February 3, The Syrian government delegation blamed the opposition representatives, the Turkish and the Saudis as the talks on the Syrian reconciliation have been suspended.

The UN Special Envoy for Syria Staffan de Mistura said earlier that he was suspending the talks in Geneva on hold as there was more work to be done.

“Those who have the responsibility for this failure are the Saudis and Turks and oppositioners,” The Syrian government delegation head Bashar Jaafari told reporters yesterday. He also stressed that the government was not to blame.

Since 2011 Syria has been in a state of civil war with the army loyal to President Bashar Assad fighting several opposition factions and terrorist groups, including the Nusra Front (Jabhat al-Nusra) and ISIS banned in a range of countries including Russia. Russia considers ISIS a major threat in its national security. Following a request from President Assad the Russian Aerospace Defense Forces have been conducting an aerial campaign against the terrorist positions in Syria since September 30, 2015.

The highly-anticipated talks on Syrian reconciliation mediated by the United Nations began last week in Geneva in line with the December UN Security Council’s resolution on Syrian settlement which was aimed to bring all the political groups in the crisis-torn country on the negotiating table.