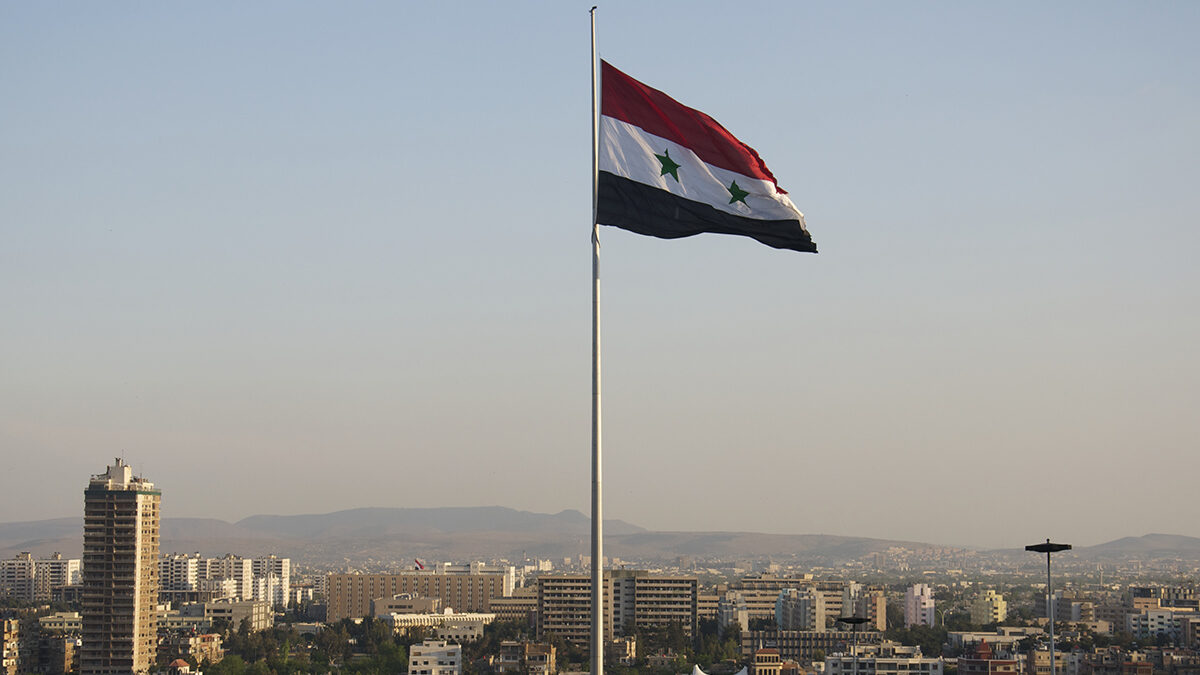 Damascus has rejected a request by Ankara to organize a meeting between Turkish President Recep Tayyip Erdogan and Syria’s President Bashar al-Assad, Orhan Miroğlu, a senior official of Turkey’s ruling Justice and Development Party, revealed to Sputnik on December 6.

Miroğlu told the Russian news agency that Damascus believe that such a meeting should be held only after the 2023 Turkish general elections.

“Turkey has fallen into a confrontation with Russia, the United States, Iran and Damascus because of the Kurdistan Workers’ Party and the Syrian Democratic Forces,” Miroğlu, who is also a member of the Grand National Assembly of Turkey, said. “This sensitive situation may greatly affect the Turkish presidential and parliamentary elections to be held in 2023.”

Previously, Miroğlu said that Turkish-Syrian relations could take a “new turn” after the upcoming general elections in Turkey.

Ankara broke ties with Damascus more than eleven years ago, when the war first broke out in Syria. Today, it is considered the main backer of Syrian rebels and its military occupies vast parts of the country’s northern region.

Erdogan called for the departure of Assad on multiple occasions early on in the Syrian war, while Assad accused Turkey of supporting terrorism in Syria.

Miroğlu remarks are in line with a recent report by Reuters which revealed that Assad had rejected a proposal to meet Erdogan with Russia’s President Vladimir Putin. According to the report, Damascus believes that such a meeting could boost Erdogan’s chances in the Turkish general elections, especially if its addresses the issue of returning some of the 3,6 million Syrian refugees in Turkey.

Turkey is currently conducting an air operation against Kurdish forces in northern Syria, which are backed by the U.S, and is threatening the war-torn country with a new ground invasion.

In a recent televised discussion, Erdogan expressed his willingness to meet with Assad and noted that “there can be no resentment in politics.”

A rapprochement with Syria can help Turkey address many of its security concerns and find a real solution for the refugee crisis. This could boost the chances of Erdogan and his party in the upcoming elections. Damascus is apparently well aware of this.

Without concrete steps by Ankara, including a military withdrawal from at least some parts of northern Syria, Damascus will not likely agree to restore ties.

It seems Putin also wants Erdogan gone but pretends to want to help him win. Assad has no say over whether or not he meets Erdogan. Putin has the final say. If Assad thinks his not meeting Erdogan will cause Erdogan to lose the elections (though this is a pipe dream), it means Russia subscribes to the same idea, but not Iran.

If in the unlikely event that Erdogan loses, Turkey will likely pull troops out of Syria unconditionally and force refugees back. With Turkey out of Syria, the U.S.A and Russia will pressure Iran out of Syria (such as Israel stepping up attacks significantly with U.S ground support). With both Turkey and Iran out of Syria, Russia and America will reach a deal to create a SECULAR Syria free of Turkish or Iranian influence, thus meeting Israel’s security needs and ending the Syrian and probably Ukrainian war, with Putin at least winning in Syria.

But why does Putin appear to want Erdogan to continue ruling Turkey?

Because he knows that Erdogan is unlikely to lose. So, he cannot afford to display his wishes for an opposition victory. While a secular Turkish president has the legal power to withdraw forces from Syria, he cannot stope AKP lawmakers obstructing NATO’s policies towards Russia, such as allowing Finland & Sweeden to join NATO. So, the opposition in Turkey isn’t a very serious threat to Putin. In fact, they are better for Putin’s Syria policy and probably even the Ukraine war.

If Erdogan loses then he will go to prison. And many Arab states plus the West will be happy with that,

The world wants Erdogan gone. Assasinating him won’t solve their problem as it will increash the popularity of AKP (which is the West’s real problem). Erdogan is only the head of a system built by Islamists. Without replacing this system, the West cannot control Turkey like they used to under the coupists and seculars.

yes, but not everyone, there are many Arab leaders, wants him to win

Houthis Assad and Gaddafi will be happy if he loses

Houthis don’t want Erdogan to lose because Turkish weapons will appear on the Yemeni battlefields under a pro-Western leadership. I know Erdogan sold the UAE some 20 TB2 drones, but he does that on strict terms and after significant concession by the UAE. Turkey still refuses to supply Saudi Arabia and will NEVER arm Egypt as long as Erdogan and Sisi rule.

Houthis like Erdogan. Assad and Qaddafi don’t. Also, the Shia regimes of Azerbaijan, Iran and Iraq (except some factions) plus the Iraqi Kurdish government like him.

Qatar, which is pro-Turkish, clearly supports the Houthis.

Don’t forget that AKP will still be very strong in Turkey and if the president touches Erdogan, it will cause such a domestic backlash that will unseat the president himself. Besides, this is all speculation as I can’t see Erdogan losing. Turkey is firmly in his grip, Insha Allah.

The Turkish military has also been stacked full of Islamists on all levels. So, the next coup in Turkey is more likely to be by Islamist soldiers than seculars or Gulenists. Erdogan really broke their backbone with a purge rarely seen anywhere in the world. Most are languishing is jail or on the run, and the crack down continues with full force.

You should be looking at who takes over from Erdogan in 2028 rather than dreaming of his losing the election.

no, I think there will be a coup attempt or people will try to kill Erdogan with bullets

This will lead to civil war

On the top of a pole!

but i think Erdogan win

if Erdogan loses, I think there will be a new government that will be unfriendly to Putin

Yes, but that government will help Putin’s Syria policy. Also, AKP is still strong enough to pose a serious obstacle to NATO designs on Turkey. Putin can always end the Ukraine war by negotiating with the U.S. But he needs both Iran and Turkey out of Syria to stabilize the country under Assad’s dictatorship.

You only consider the personal chemistry between leaders. Geopolitics is far more important.

Are you still alive when ISIS needs to replace their dead illiterates?

Then you are probably one of the lucky ones who have managed to get to a western country, a country that is closest to the paradise you dream of. A country where the likes of you are unwanted and which you hope will eventually be ruled by Islamists, just like the miserable country you wanted to leave.

You need therapy for serious mental illness until you realize that religion and politics don’t belong together.

I prefer my country to the perverted Western world where they live animals with no morals whatsoever. Women having sex like dogs without control and all kinds of filthy moral perversion in their dressing and general behavior. No true Muslim would love to live in a Western society except temporarily for educational, safety, or business purposes. What makes you even imagine I live in your rotten part of the world. Externally you gliter, but internally you are rotten to the core and infested with maggots. That said, let me address you comment about Islam and politics in my next reply

It is mostly the America that is perverted. Europe is holding still, even Ukraine.

But many people from Muslim countries, to be exact from Pakistan, Iraq, Algeria mostly and from other countries like Morocco, Turkey, Egypt, Afghanistan, are sending their nude parts to many women online. Many girlfriends have told me that.

Now that’s one of the reasons why Islam CANNOT be beaten. We don’t separate Islam from politics. Islam dictates politics, not the other way round. And we’ll rebuild Islam’s power whether you like it or not. But first, we need to kill YOUR allies in the Muslim world. I mean the PKK, ISIS, Alshabab, Haftar of Libya, and the puppet you installed on us decades ago when we were still very weak. THAT’S WHAT ERDOGAN IS DOING. And that’s why you hate him so much.

Babe calm down and let’s go suck baby dick together. Together us ugly eurotrash can rule the pedo sphere 😘

This is not actually what will happen. The jihadists will be fought for sure but Assad will fall and warlords will take his position. This is unfortunate scenario.

You are talking about end-time prophesies but I’m answering that idiot’s quesions about my location and politics in Islam.

Byt he way, there are already warlords in Syria. Assad doesn’t have to fall before they emerge. Sadly, a lot of bad things are still in store for Syria. May Allah’s protection be on them.

Last edited 1 month ago by The Objective
-3
Reply

Of course, it is about the end times. The warlords are the NDF, some SDF factions, some SNA factions and HTS

Good, no rush to talk to terrorist lying fascist traitorous snakes like Erdogan. If Erdoganists want to talk they should first remove all of their military from Syria, then cut all support for their proxy terrorist groups.

Turkey is protecting the Muslims of Syria and will continue to do so as long as true Muslims rule the country. Don’t expect anything different from Erdogan. I think 2024 – 2028 will be a very critical period for the Muslim world due to the following reasons:

3. Many bad ass Turkish weapons enterning service from 2027 to 2030 including the TF-X

4. UN attempts to divide Libya. This sparks a conflict that sees Haftar losing and Egypt intervening.

5. Egyptian invasion of Libya and a revolt in Egypt against the war.

No revolt in Egypt, however, Turkey can use allies like Algeria or Ethiopia to press Egypt. Egypt may be invaded.

Erdogan is coward
Reply to  Redguard

The Objective
Reply to  Josh

The Turkish opposition will not win, Insha Allah.

Redguard
Reply to  The Objective

Obviously you’d think that since you are an Al Nusra rat.

Yes but what is Assad doing about the occupation of his country by Turds, Americunts and Jihadis. He’s saying no to a meeting yet not even fighting back. Every which way but a loser until Assad actually balls up and reclaims “every inch” of Syria