More fabricated photos (see info-graphic) have been used by al Qaeda groups and western media in the dirty war on Syria, the residents of the town of Madaya have been used as human shields by NATO backed terrorists 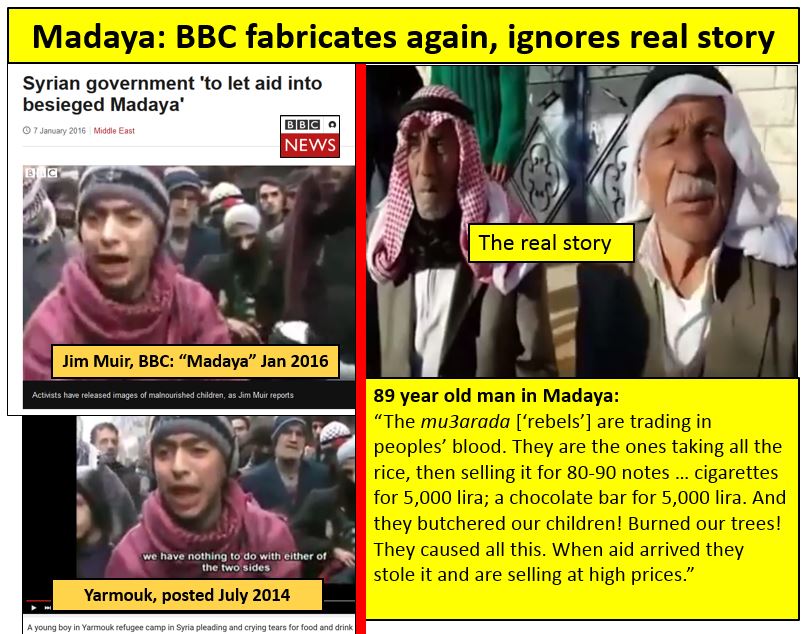 Several villages are in this stand-off situation, where both sides need to clear the way for aid convoys