The Syrian army and the National Defense Forces have repelled a major ISIS attack near the vilalge of Mabougah in the eastern part of Homs  province.

On July 3, pro-government forces seized Mabougah and nearby areas from the ISIS terrorist group. On July 4, after a series of heavy clashes, the loyalists partly withdrew from the area. However, after the fail of the ISIS counter-attacks on July 5, the Syrian army and the NDF got a new chane to secure the area.

Separately, the Syrian army, supported by Russian warplanes, has repelled an ISIS advance on the village of Khattab in the northeastern Homs. 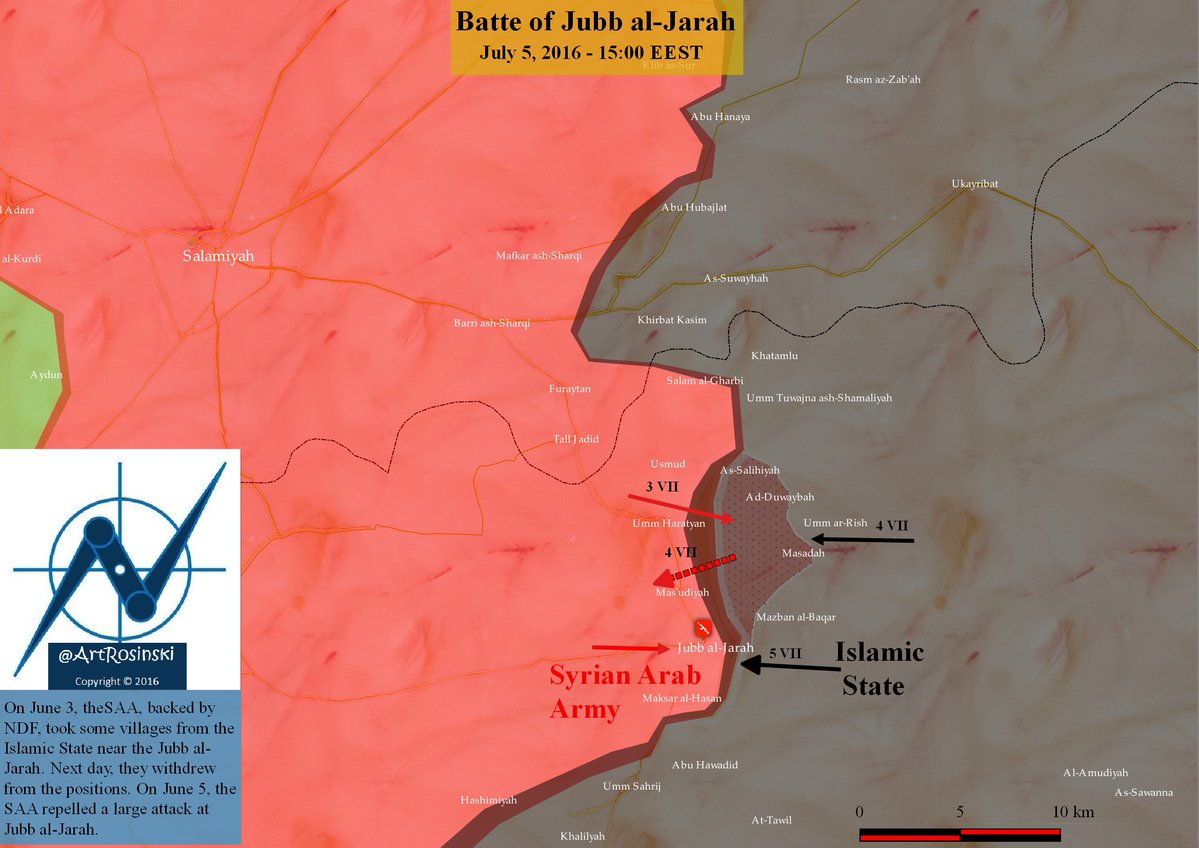