Heavy clashes are ongoing in the ISIS-controlled city of Manbij in Syria’s Aleppo province. The Kurdish-led Syrian Democratic Forces, supported by Western special forces and the US-led coalition air power are still not able to break the ISIS defenses in the city center.

Pro-Kurdish sources report that the SDF has seized about 10000 documents from the devices belonged to ISIS members. 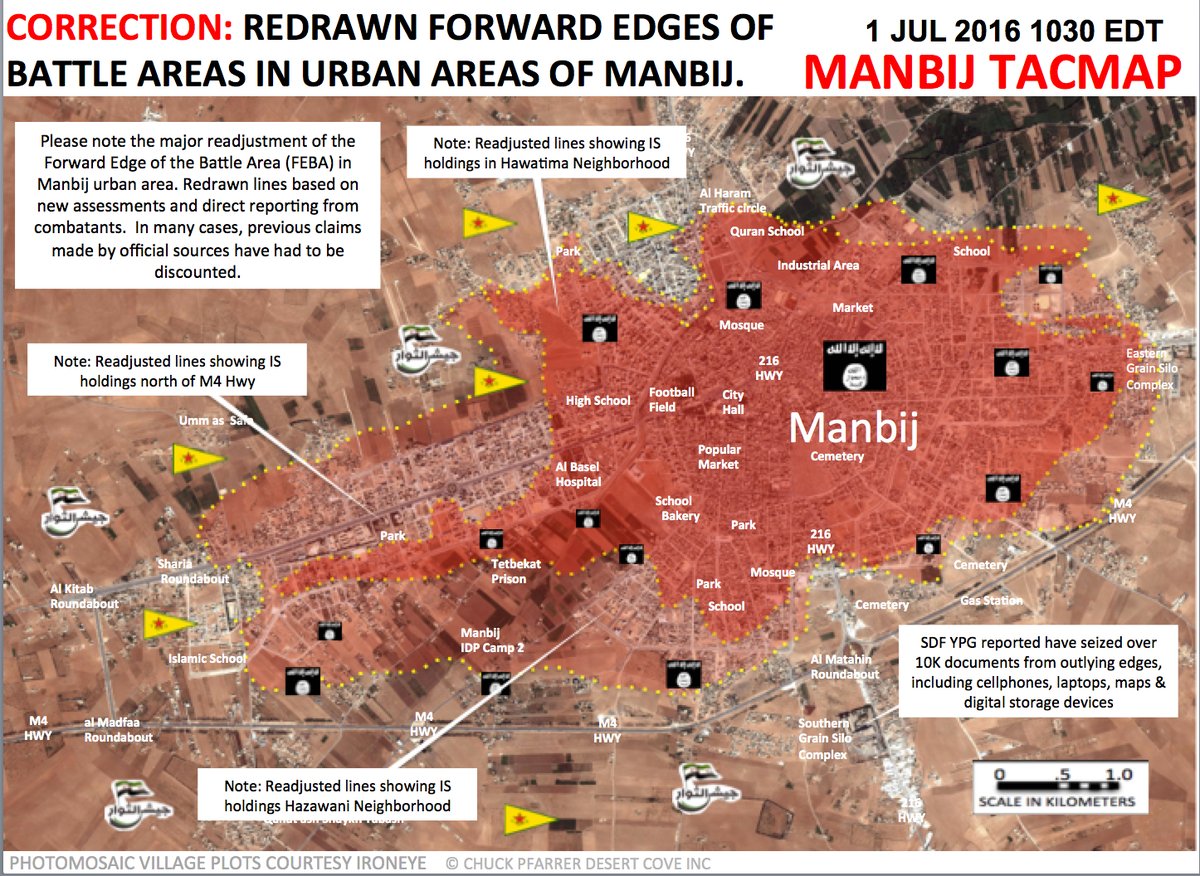 This isn’t a surprise. Considering the size of the SDF forces involved and the number of U.S. airstrikes, the amount of liberated urban territory previously shown seemed pretty incredible. I’m on the SDF’s side and want them to liberate Manbij as soon as possible. But as I stated before, this is more like a months-long operation, not something that they could ever hope to accomplish in days. ISIS knows how to dig in to a city. If you don’t want to just flatten it from one end to the other with airstrikes (like Kobane), then it’s going to be a slow, painful, costly operation. They don’t have a choice, but cheering for a quick victory with a minimum of civilian casualties is just unrealistic. It’s just not going to happen like that with the number of troops and the arms and equipment they have. Urban operations are absolutely horrible even if you were properly equipped and had plenty of men.

I appreciate Chuck Pfarrer’s efforts to compile these maps, but doing so based on ‘official’ reports means swallowing way too much CIA/SDF propaganda without much skepticism. There isn’t any sense of that uncertainty indicated on his maps or disclaimers – that would be my only beef with them.

Having said that, there’s almost nobody else producing ANY near-real-time maps of the Manbij operation, so Chuck’s are welcome despite the lack of certainty or independent verification. To his great credit, he did make this correction based on better data. I’m glad to see SouthFront publishing his maps – Thanks.