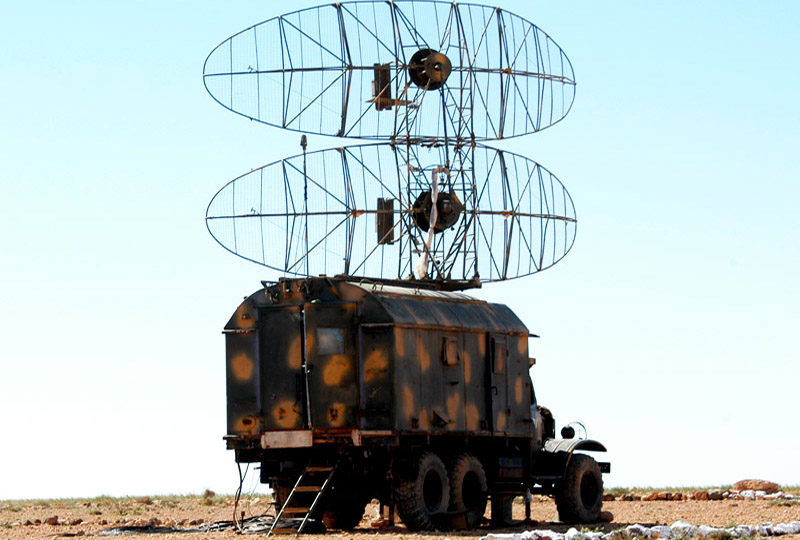 The Syrian Arab Army (SAA) and Lebanese Hezbollah are developing an electronic warfare system capable of jamming the U.S. Global Positioning System (GPS) in order to disturb future operations of the Israeli military in Syria and Lebanon, the Israeli Channel 2 reported on November 21.

According to the Israeli news channel, the Israeli military trained on carrying out operations inside Syria and Lebanon under heavy jamming conditions recently in order to address this new challenge. Israeli electronic countermeasures were reportedly used during the training.

If the SAA and Hezbollah managed to jam the complicated positioning system, even if on a limited scale, the Israeli military would lose one of its key technical advantages.

Good! The harder they make it to bomb them, the less likely it will happen.

Often it makes escalation in stead.

So according to your logic, Syria & Lebanon increasing their defense capabilities is gonna increase Israeli and American aggression against them, so Syria and Lebanon should choose instead to not defend themselves…

Its not up to me to decide. I just tell, that logic has to see the whole picture and not only one option.

Some old chinese even said, if there are 2 options, You can be sure, there are at least 3 more.

And I didnt invent logic which is invented by others. I just tell, there are many more reactions then “less likely will happen”, according to the very limitid one by Barba.

This is just fab!.. I always get excited when I hear news like this… you know, news that the illegal squatters are going to get it up their proverbial anytime soon..

The Zionist website Debka which infects virus in people’s computers is even crying about how much Hezbollah has learnt from its victories in Syria and Iraq and how it now possesses some of the most modern technology.

They are not crying at all. So far You forget, that the result also is support to the non shiits in lebanon as well as Israel by Saudis.

You also forget Hesbollah need soldiers because so many has lost their lifes. Soon it will be difficult to find Hesbs having more then one leg too. Only true the quality has raised.

yeah I poped along to Debka.. it’s full of ranting Israelis in the comment sections whingeing why their govt hasn’t nuked the planet yet..

Ha! They can screech and gnash their fangs all day. Won’t help them a bit. Good!!

Every modern army is 100% depended on coms and electronic nav aid, the art of map and compass is quickly being lost, and with airforces, navys and weapons being more and more depended on long range and super precise nav and weapons guiding, aids like GPS becomes your achilles heel.

Remember how depending the USAF was on missile technology during the Vietnam War, and when that did not work, they had to bring back the good old dogfight, but not without many lives and planes was lost.

So being able to jam the enemys coms and navaid and weapons guidance give you control over the operations they can perform.

I agree. But the result will be anti-anti only.

USA has learned a lot since Vietnam in those matters too. The whole world has. USA do avoid all kinds of dogfights in air as well on the ground. Thats for the dogs or none.

Jamming is not a new thing. It was used very much in WW2.

That USAF is avoiding dogfighting is debateable, i do not think that, even though they prefer BVR tactics and weapons above dogfighting.

Dogfighting is still and will for a very long time be the bread and butter of a fighterpilot, it is way easier to avoid/fool sensors and weapons than another pilot.

People do find weapons against jamming. I have seen some experiments a nd one is to use almost none computers and other navigation self systems.

Its called ECCM, and not using computers and/or SATNAV is, in many instances, a no-go for a modern army.

Jamming is good, but spoofing is better. If you could feed fake GPS coordinates to the Israeli missiles, you might be able to target Israel with their own missiles.

“you might be able to target Israel with their own missiles”

It’s a given that mossad routinely Grads Israel in order to elicit a “vengeance”.

The next war against Zionist scum will show a quantum leap in the capability of the Axis of Resistance. Even totally encircled Hamas made them cry uncle, imagine what Hezbollah will do to the Zionist child killers.

No, they dodnt. Totally fake propagands from You. Hamas using most resspources killing each other. The relation ships westbank/Gaza seemes lower then ever.

satnic jew donky…….is it true to become a true satanic jew , one has to fuck his own mum up her ass? hiw was it? and how is the weather in satanic israel??? all jews die motherfucker

be the first. nobody ‘s gonna miss ya here.

With some extra help from the Russians and Iranians?

Like taking a spoonfull of sugar and the medicine goes down. Lowering thé level compared oours make it cheeper too.

It’s a pity he didn’t do it much sooner, but at least he has now, Thank you president Putin, it’s always better late than never :] .

If they’re talking about it in israel already and the West is writing about it too, it means that the SAA and Hezbollah have already achieved their jam-jams.

Chalk this up as yet another jew failed project in the Levant.

Your conclusions arfe totally wrong. West and Israel are able to and allowed to make solution by debate.

I see no failed Jew projekt in the Levant at all. Israel behave exact the same was as it has done 1948.

And where are the Succes from others, which not even agree with someone like You at all. Make the longer and longer lidt Yourself.

Idlib having 5 armies is a part of Your succes too ? Economy ? Bombarding each ofter and even farmers on work ? You can take gas on that.

Facts are, that You dont use facts about most things just homemade ones made by Your leaders. If You disagree like here at Facebook/Twitter many of You are jailed right away, so You dont.

Thats the style for almost all of You.

Erm… how shall I count the ways…

2. Hezbollah is stronger and fantastically missile-capable.

3. No israeli terrorist plane can fly over Syria or Lebanon ANYMORE.

7. Relations with Russia in the crapper.

8. Now unable to strike at even Gaza.

Yinon in the shitter’s hole? I’d say so lol!

And it an only get worse and worse from here.

Well done Bibi! We love you – for the wrong reason, that is!

If You say so.

“Israel behave exact the same was as it has done 1948”

Treacherous is the most fitting adjective.

Lena Jones
Reply to  You can call me Al

lololol neither hezbollah or SAA have the tech capabilities…..russia gave the means to SAA with the S-300 delivery…and HEz. getting the info. and tech from SAA.

but even without those capabilities, the satanic jew israel cannot sustain all out war with iran SAA and Hez and hamas longer than 4 weeks…and in those 4 weeks most of israels military capabilities will be wiped out…..satanic jew israel only has 1 BIG leverage over the above mentioned…..nukes

This newspaper seemingly ignore that the jamming of Israeli planes GPS systems was the second point of the document explaining the defenisve measures Russia would put in place in Syria; after the introduction of S300s to Syrian ad units.

Israeli press has taken a deliberate propagandistic cut and tells lies about everything it publishes, at least when it comes to foreign politics.

Wonder when they’ll start inventing imaginary strikes on Syria (although somehow Liebermann already did that).

Don’t forget it’s the same people which were swearing that God sent a fog at the Israeli northern border to prevent the IDF to enter combat with ISIS.

This maybe a better article than that above:

it is for sure.

It contains much info on the latest Russian EW systems. As for the content of the Israeli article, my feel is that is made to separate somehow the public’s perception of how these devices effect the “strike against hezbollah and iranians in syria” subject.

Israel is now in a position where it can’t strike, but it still has to keep their public convinced that they can, and actually do it.

Sadly, it pertains to the wretched Nethanhyau policies with which he created the myth of invincibility in Israelis – because “hey, after all, we should be the invincible ones”.

All those policies, written by pigheads detached from reality and above all from any strategical thinking, are today suffering severe setbacks, which should be enough for their implementers to understand that keeping their pursuit will bring even greater disasters.

We can only hope, although it’s bibi we are talking here, and the shady people hiding behind him, something that cannot reassure anybody.

These Israelis do seem to be flapping a little. If they had stayed quiet and tried hard to lose their greed gene – they could have been alright; but now; they will have to go..

I recommend California or Arizona.

Please read this article and ignore the above one, which seems to be oversimplified and is thus making everyone sceptical – https://www.veteranstoday.com/2018/09/28/electronic-warfare-comes-to-syria-israel-and-us-out-of-their-depth/

Tony B.
Reply to  You can call me Al

If it’s true. Duff is long time CIA who fought like hell to get Hillary elected president for some unfathomable reason.