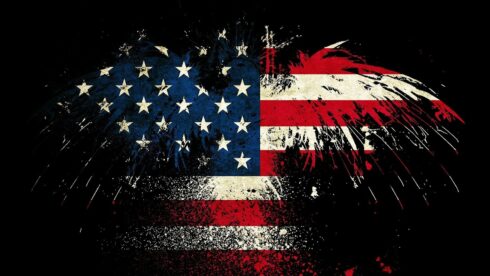 Sycophants and Slaves: US Empire impervious to any advice that might save it

“US officials” is the tag used by Reuters and others when their sources are too smart to be held accountable for what they actually say. It’s also a way to sneak things into the news cycle, kind of like a trial balloon, without attaching too much importance to them and see how they work out. This whole thing with “expressing relief” over China’s restraint on Ukraine reeks of this tactic.

But even without names it is stunning for what is not said, but left laying out in plain sight. I am always amazed—or enraged and amused—by the assumptions these folks reveal without even meaning to. They are “relieved” that China has “heeded their warnings” not to be too supportive of Russia vis a vis Ukraine. Apparently, up until the very moment Chinese EMP weapons completely disable the western naval fleet in one fell swoop or are picking US ICBMs out of the sky, the US is free to continue its globocidal mission as if everyone agrees and loves what they are doing.

It’s a uniquely bizarre and obviously dangerous form of thought. Kind of like an extreme perversion of the fable of the three monkeys. But instead of not seeing, hearing, or speaking (evil or otherwise), the warmongers possess none of the senses at all save the use of the arm holding the stick they use to beat the world into submission.

No, they don’t seem even aware of any input other than that from sycophants and slaves, and there is no little boy on the sidelines to shout that the Emperor has no clothes—or impenetrable missile shield, as it were.

Not for lack of trying, of course. The Chinese have been quite reasonably and predictably…well, Chinese, to be perfectly lazy about it. In the runup to Joltin Joe’s Asia trip, China has been very careful not to flaunt its support for Russia by doing anything more than it has already done. “US officials” stupidly choose to interpret this as acquiescence, or worse, “heeding their warnings.”

Instead, China has been completely clear and explicit about its support for Russia, not only in Ukraine, where they place them blame squarely on NATO, the US and the collective west, but moving forward in the necessary dismantling of the west-led imperial framework. CGTN just published an editorial about the decline of the US and UK; Xi and Putin have jointly spoken out on the subject. A casual observer might have noticed that they were being completely clear because they prefaced their remarks by saying WE ARE BEING COMPLETELY CLEAR.

Nope. Not “US officials,” who can’t see their own ridiculous narrative crumbling right before their eyes. They are comfortable with their old ways of thinking that they rule the world, and everyone loves them for it. Their language gives them away. Some gasbag from the Rand Corporation recently vented a helium outburst on Fox News: Starting with “Pakistan is always a problem,” it just went downhill from there. In these people’s glaucomic worldview, absolutely no one has the agency, sovereignty, or muscle to challenge their rule. Again with the monkeys.

They’re fine as long as they stay inside their bubble, bullying, bribing and buying their latest symbolic vote at the UN, or convincing economically suicidal Europeans to bathe only from a washtub to “stick it to Putin” while the cost of heating their homes triples.

But of course no lie lives forever. China is not perfect or clairvoyant. But they are nothing if not patient. The Empire of Lies is well stocked only in those, of which is has a limitless supply. The world, the worm, and the tide of history all turn (in their turn). The Pope—The Pope, for crying out loud!–recently joined the chorus of those who see NATO as having provoked the Russian intervention, an apparent 180 from just a few weeks ago. Last month he blessed a Ukrainian flag allegedly from Bucha, in a creepy evocation of Blutfahne ritual that would have made even his predecessor Pius XII cringe.

When they get some details out of that Canadian general they dug out of the ground at Azovstal the picture will come into sharper focus as the pieces come together and the dust settles. This has always been just more of the endless US regime change war, using proxies, including neo-nazis, bioweapons research, their vaunted propaganda works of course—basically anything they can get their hands on—all to forestall their inevitable demise. China can wait, and we with her. Assuming we survive.

Daniel Patrick Welch is a writer of political commentary and analysis. He lives and writes in Salem, Massachusetts with his wife. Together they run The Greenhouse School. He has traveled widely, speaks five languages and studied Russian History and Literature at Harvard University. Welch also appears regularly as a guest on TV and radio channels to speak on topics of foreign affairs and political analysis—which can be arranged around his day job.

The one and only true enemy of the constitutional republic representative of the United States is the same as it was going back to the creation of the Massachusetts Bay Colony; the British Empire. It’s that same Brutish Empire that now under the name #Global Britain, seeks to destroy the Russian Federation by any means necessary and in so doing destroy the American union.

It’s their plan to destroy everything because if they can’t have it, nobody will have anything.

Great analysis. The US rulers are drunk on power, believe that they have been appointed by God to rule the world, and will gladly kill millions or more in their attempt to do so. By standing up to the world’s bully, Putin has done the world a huge favor. He may have prevented a nuclear holocaust. At least now, with China and other smaller powers, there is a slim chance.