The Swedish authorities have instructed to conduct massive renovation of bunkers in preparation for “unexpected attacks by Russia.” Sweden conducts a massive renovation of bunkers in preparation for “unexpected attacks by Russia,” the Daily Express newspaper reported.

According to the newspaper, the Swedish authorities instructed the Swedish Civil Contingencies Agency (MSB) to conduct a full inspection of bunkers in the country amid the growing “Russian aggression in the Baltic.”

Currently, MSB’s head of civil protection, Mats Berglund, has already ordered to start inspection of 350 bunkers on the territory of the island of Gotland, which is located between mainland Sweden, Lithuania and Latvia.

During the Cold War, a total of about 65,000 bunkers were built on the territory of Sweden. After the collapse of the Soviet Union, most bunkers were mothballed. According to the MSB, these bunkers are capable to protect against biological and chemical weapons, as well as against bombing.

Earlier this month, it became known that the Swedish authorities decided to resume the compulsory calling up for military service amid a deteriorating security situation in Europe. It is planned to call about 4,000 citizens for compulsory military service. Swedish Defense Minister Peter Hultqvist explained the decision by fears over “Russian aggression.”

“We have a Russian annexation of Crimea, we have the aggression in Ukraine, we have more exercise activities in our neighborhood,” Hultqvist said. “So we have decided to build a stronger national defense,” he added. “The decision to activate conscription is part of that.”

In addition, in September 2016, Swedish regular troops were for the first time deployed on the Gotland island in the Baltic Sea. Sweden also announced its intention to increase spending on the army by 15%. They will need those shelters to hide from rapefugees.

Lock them all in together.

So what Swedes are going to take their teen-aged daughters into those shelters once all the refugee guys start crowding in? Seriously, better off outside for the non-existent Russian ‘attacks’.

The sad joke here is that any Swedes would think Russia still has any interest in ‘invading’ their socialist migrant hell-hole of a country any more. Here’s Sweden’s ‘treasures’ the Russians are after: 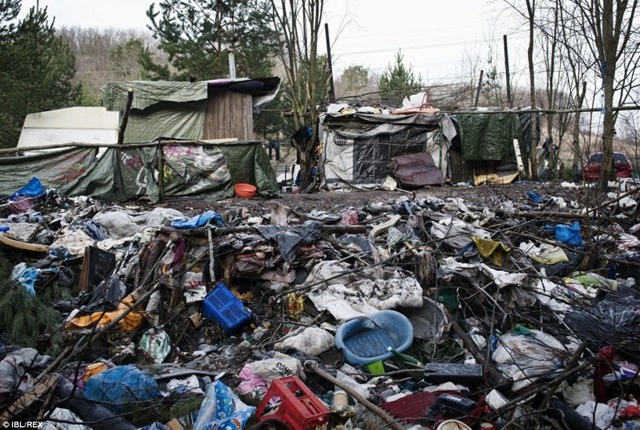 Yeah, why would anyone want to conquer Sweden? The money will run out again soon.

Yeah, big bad Putin is going to get you … lmao.

Remember to buy rape whistles for your daughters you cucks.

This decision sounds like a lot of pressure from the NATO puppets/lapdogs led by Uncle Stupid (Sam). The Swedish police and military cannot even ensure safety in their migrant infested no-go areas. At least this announcement is fodder for the media whores and worms.