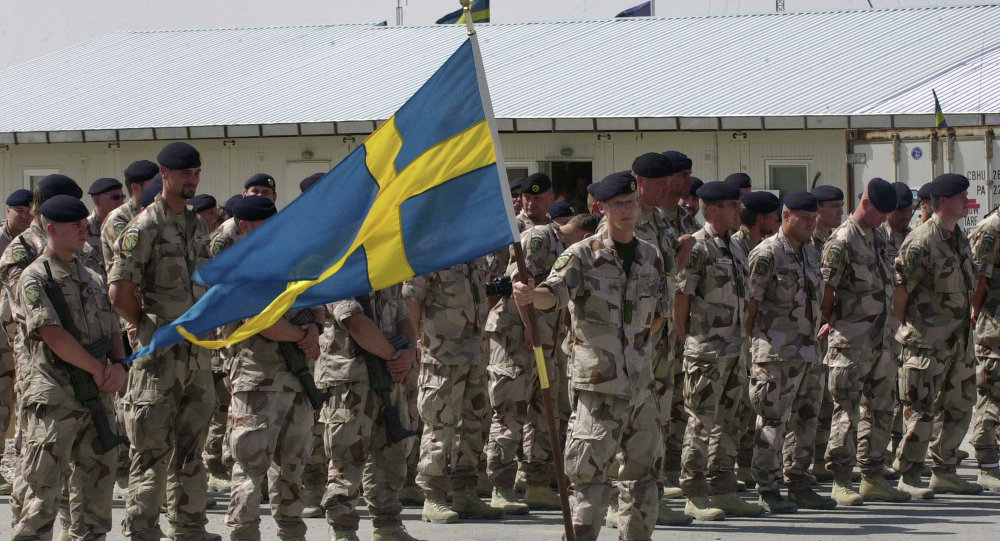 This is a press statement from the organisation Stop NATO in Norway, regarding Sweden’s recent decision to sign a Host Country Agreement with NATO:

On May 25th Riksdagen (the Swedish National Assembly) sacrificed the Swedish neutrality policy by joining the  NATO Host Country Agreement. This happened almost without any public debate. Popular protests and 41 300 signatures have been swept aside by Riksdagen.

The Agreement makes Sweden a possible host country for aggressive NATO exercises during peacetime. In addition, the Swedish government may allow NATO to invade the country if a crisis or a conflict should occur. Inevitably, Sweden will become directly involved in NATO’s armament proliferation and their aggressive provocations against Russia. Large-scale fleet exercises in the Baltic Sea will further increase the danger of confrontation and war.

This is not only a tragedy for Sweden; it increases the arms race and the danger of war throughout Europe. The fact that Sweden has been staying out of military alliances until now, has been a stabilizing factor throughout Northern Europe. The Swedish submission to NATO may spell the end to peace in the Nordic region.

Forcing Sweden and Finland into the military alliance has been an aim for NATO and the United States for a long time. The governments of Denmark and Norway have been henchmen in this filthy game. The appointments of Anders Fogh Rasmussen and Jens Stoltenberg as Secretary Generals have been part of a strategy to coerce and bribe Sweden and Finland into joining the alliance.

Stop NATO in Norway feels obliged to alert our Swedish brothers against the consequences of becoming a slave to NATO and the United States. If the goal is safety and peaceful coexistence in the Nordic region, NATO offers the opposite. NATO has turned Norway into a front-line for US nuclear strategy and a spying central in the Arctic region. In reality, Norway has no foreign or security policy of its own. Norwegian special forces are being deployed into aggressive military operations against peoples and states that have never threatened our country – like in Afghanistan, Libya and now in Syria. Norwegian social spending is cut back while our tax money is being spent on an unrestrained build-up of offensive weapons of war, because NATO demands it.

“The fact that Sweden has been staying out of military alliances until now, has been a stabilizing factor throughout Northern Europe. The Swedish submission to NATO may spell the end to peace in the Nordic region.”

Sweden’s merely coming out of the closet. The Scandinavian diplomats have been using their ‘neutrality’ guise for years to be the useful idiot for the Western Cabal so that the target nations in the Global South will be cheated into thinking they were dealing with a third party. Just ask countries like Sri Lanka about their experience with Norway diplomat Erik Solheim in relation to the ‘peace talks’ which were really opportunities for the London based Tamil Tigers to rearm.

Sweden is a failed country. Their society is breaking up due to mass immigration. Soon it’s gonna collapse under its people’s stupidity.

Should change the name of the country to Stupidity and remove any doubt.

jun 1, 2016, Joining NATO is good, this provides police and armed forces aggression towards regressive parties like communist parties of China and Russia,

Sweden profited greater from their neutrality in World War 2, supplying Germany with iron ore to made ships and tanks, etc. These exports where shipped by rail to Norway, which lead to Norway being occupied by the Nazis. Way to go Sweden. Russia will never forget that Sweden attacked and invaded Russia in the past. so Neutrality for what purpose, are you afraid France will install a new king to replace the one Napoleon forced upon you? Lets get real. Sweden is a Western Country, with Western values, like Norway and Finland.