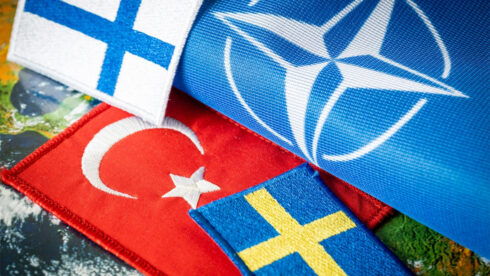 The conditions reportedly include:

Rejep Tayyip Erdogan has claimed that Turkey is opposed to Finland’s and Sweden’s membership in NATO because these countries support organisations designated as terrorist by Ankara. Turkey has previously spoken out on the matter and accused Sweden and Finland of supporting the Kurdistan Workers’ Party.

Erdogan said: “Turkey wants these countries to support counterterrorism operations to be carried out by NATO members. Terrorism is a threat to all member states, and candidate countries must recognize this fact before they join the organization. If they do not take the necessary steps, Turkey will not change its position on this issue.”

Ankara continues to insist that admitting Sweden and Finland to the North Atlantic Alliance would entail risks to Turkey’s security as well as to the future of the entire organization. At the same time, Erdogan said that the partners, who mention Turkey only in crises, make the erroneous judgment that long-term stability can be achieved without Ankara’s participation.

Erdogan held telephone conversations with Jens Stoltenberg, the NATO secretary-general. Erdogan noted that support from Helsinki and Stockholm is possible, but only if they recognize Turkey’s security threat. President Erdogan’s office said the Turkish side supports NATO’s open-door policy. The issue regarding Sweden’s and Finland’s application for membership in the bloc is the attitude of these two countries toward Turkey’s vital national security interests. If Finland and Sweden do not agree with Turkey in the security field, Turkey will perceive their membership in NATO negatively, especially when there is still an arms embargo against Turkey.

Sweden and Finland have had the experience of granting asylum to members of the Kurdistan Workers’ Party, which makes the situation more complicated. But Turkey has a clear position, namely that countries will lift sanctions against it.

Finland and Sweden are in a positive mood for a dialogue with Turkey. The spokesman for the United States Department of State is confident that a consensus will be found and that NATO will expand.

Putin is even shaking more now, because he can’t control the fear and anger. Finland, Sweden and of course – the NATO – are laughing at him ^^

haha what a joke, they will never give in to sultan’s unreasonable demands, so bye bye NATO for Sweeden and Finland. WHat is even funnier , Turkey may leave NATO itself in the near future …

Turkey is a complete vassal of the west and Erdogan was put in power by the CIA, all this is just for attention seeking domestic consumption. Turkey is a corrupt failed state at war with all its neighbors and a bankrupt economy with 80% inflation and 40% unemployment. It lives off western charity and is a cannon fodder for NATO. This is all typical Turkish hot air. NATO is nothing but a US lapdog with a collection of pathetic city states like , ex-Soviet Baltic micro corrupt failed state, and Euro trash like Denmark, Holland, Norway etc or US occupied losers like Germany, UK, Spain and Italy.

Anything else dumbo.hey everyone look up dumbo flying again 🐘

lol you really don’t know anything about Europe , Turkey, USA , Canada, Australia … i know propaganda tells you everyone is a slave of USA , enemies of Russia. In fact, nothing can be further away from the truth. Turkey is a good ally of Russia, USA tried to have Erdogan replaced and it was Putin who saved his ass and warned him about the military coup. Half of Europe can’t stand USA , far from being vasals… Unfortunately , due the military and economic power, USA can often impose their bullshit on the rest of NATO .

Mate, Seppos are toxic for Europe and the world. What kind of a name is Turkey for a country ?

You’re nothing but a hot air

You are very disrespectful.

I do not know how Erdo got into power BUT the US tried to get a coup to take him out of power. Russia intercepted information, they passed it on to Erdo and a lot of people were removed from the military. It served Russian interests to have Erdo and the US full of mistrust towards one another. If Erdo had been replaced, his puppet would have served US interests more than Erdo does. Erdo seriously owes Putin and while they have diverging interests, sometimes these collude and then Turkey will dig his heels in for Russia and himself. Turkey has a Russian defence system and it is to protect himself against Israel and NATO shenanigans

Then why does the CHP says that it will support Russia and Assad?

These can’t and won’t be fulfilled as Nato wants a complete circle around Russia. Turkey will be played around, but nothing done to resolve their concerns. It’s good that the Sarmat is always ready to deal with the devil’s servants. Personally I can’t wait for it to get launched. Stone Age is badly needed again.

Turkey is an appropriately named dodo of US and licks American and Zionist ass and has been historically hostile to Russia, after suffering over a dozen military defeats since Peter the Great era.

Idiot always going to be idiot piss off

well since you probably already live in a shithole, stone age like house with nothing to aspire to, nuclear war may seem apealing to you. To the rest of us, used to civilisation and nice things, not so much. Fucking idiot.

I love how you russophiles realize that you can’t ever win and the best you can do is see yourselves dead along with your enemy. Hahaha.

What a strategic fiasco for “chess master one feet on graveyard” Vlado Putin. His country under mercy of China and India. Force to sell oil 33% cheaper than Brent Crude price. Russia is a vassal.

Commented under the wrong thread or just copy paste?

Mate, you have shit for brains, can’t even post in the right thread?

At least he doesn’t want much, huh? Some demands do make one wonder though. The thing with daesh…seems he wants help fighting his own. Since NATO has a problem with having these countries in all together, likely they will just have the Nordics aboard by control of their govs and not make them signed partners. Might piss Erdo off, but you can’t have everything. Looks like he continues the demands about US sanctions and the F-35 feeding trough though. Europe and Turkey have never been friends and this is part of it. Erdo loves to show the home crowd how he can make them dance. But, who knows, maybe he will get his way, stranger things have been happening….like a Jew president and his Nazi militant addressing the Greek gov. The Banksters and the German Nazis have both attacked Greece at one time or another, but there they were. The west is soooo F’ed up.

Turkey wants to create an Islamic alliance. Away from both the West and Russia.

Bwhahaha, welcome Finland and Sweeden. What a glorious middle finger to Russia and all the russophiles around the world. Love it! Hahahaha.

What Russia real needs is indoor toilets for 30 million Russians.

The one concern is that Sweden agrees and then once it obtains membership, completely does a turnaround and reneges. This is typical of the USA and its tactics when it agreed certain things with Russia. Lie up front, then continue with business as usual once you achieve your aim.

That’s like when you put a very high price on something to politely refuse to sell. Turkey is basically saying no without just basically denying, they can always claim that the nordic nazis didn’t want to comply and cooperate. Smart Turks

The real question here is what percentage of any countries population is vaccinated, because the die off rates will determine what happens.