On the night of November 7th, an unidentified drone struck the residence of Iraq’s Prime Minister Mustafa al-Kadhimi located in the International Zone of Baghdad, which houses government buildings and foreign embassies. Iraqi military claimed that the Prime Minister was not injured as a result of an “unsuccessful assassination attempt.”

Two government officials said Kadhimi’s residence had been hit by at least one explosion. Some sources claimed, two explosions were heard in the Green Zone. According to security sources, six members of Kadhimi’s personal protection force, who were stationed outside his residence, had been injured.

The minor damage was reported. Several windows and doors were knocked out and the shrapnel hit nearby vehicles.

Following the attack, Mustafa al-Kadhimi assured that he was not injured and called for calm and restraint on his Twitter account:

“The rockets of treachery will not discourage the believers… The steadfastness and insistence of our heroic security forces will not falter as they work to preserve the security of the people, achieve justice and enforce the law. I am fine, praise be to God, among my people, and I call for calm and restraint” the publication reads. No group has claimed responsibility for the attack on Kadhimi’s residence so far.

Some reports blame Iranian-backed militants for carrying out the attack, as it came amid protests in the Iraqi capital over the result of a general election.

The day before, not without provocations from pro-Iranian groups, clashes with the police took place in the International Zone, during which 3 people were killed. In turn, the aggravation occurred precisely when the officials met to agree on the creation of a government without the participation of pro-Iranian forces.

The strike was not likely aimed to kill or injure the Prime Minister but was a message to him.

At the same time, the question rises why the drone was not intercepted over the Green Zone.

Last year, the increased attacks against U.S. and coalition forces prompted the U.S. military to deploy C-RAM [“Counter-rocket, artillery and mortar”] — which could fire 3,000 rounds of 20-mm high-explosive tracer rounds per minute to protect Baghdad’s Green Zone, which houses the US Embassy as well.

The C-RAM was not activated the last night.

General Tahsin al-Khafaji, the spokesman for the Joint Iraqi Army Command, has already claimed that an investigation was launched on to determine why the C-RAM system did not work during the attack targeting the Kazemi House.

In its turn, the US State Department has already issued a statement, calling the attack on the residence of Iraqi Prime Minister an “obvious terrorist act” and offered assistance in investigating the attack.

Weird circumstances of the attack arouse suspicion that the drone strike could be a provocation aimed to discredit the Iranian-backed militants in Iraq.

Or Mossad.
And Im usually right :)

Only in your mind where your “proof” amounts to being a “psychic”. You “cannot be wrong” and think anyone you disagree with is “an agent”. And yet you can never prove me wrong, you childishly insist the opposite and behave like a child as you probably are one anyway.

Given safe zone where attack occurred – it’s obviously a coded political message delivered from USA/CIA – as they are worried about constant Iraqi resistance attacks on USA occupation force logistics lines, and so are trying to frighten, and force, the Iraqi President, with clear personal threat, into politically taking actions against the active Iraqi resistance to USA.

The Objective
Reply to  camera obscura

The funny thing is that it happened just after the Iran-backed terrors lost more than 70% of their seat in the last election. It also comes after warning to Kadhimi at the death of 3 PMU demonstrators.

Who do you support in elections there?

Why People Dislike Jews: https://bit.ly/2ZY3wDU
You’re the ones in overdrive. 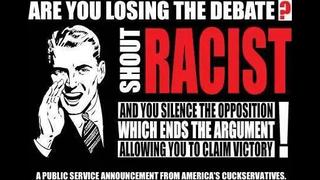 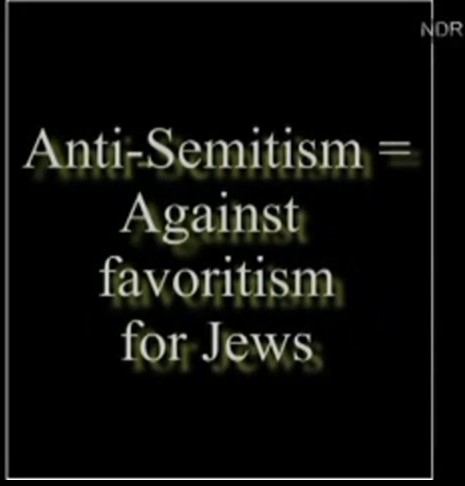 The guy is worthless! why even go after him?….pffttt……equally worthless CIA attempt on his life.

Exactly my point. Why not the Mossad?

His residence which was attacked is in the Baghdad Green Zone. Iraqi MP’s are demanding answers on how come a UCAV made it over there in a heavily defended area past the switched off C-RAM system……lol…..Who switched off the US operated C-RAM?……..lol. Totally bogus incident.

Then the drone probably belonged to the US Air Force, or any of the nearby countries that Lockheed sells their weapons to.

CIA did it
Reply to  Chris Gr

Chris Gr
Reply to  CIA did it

Idlib rebels aren’t radical. At least they aren’t trying to form a parallel government. They want to settle things with Assad via negotiations. If an election could be held in ALL OF Syria like it happens in Iraq, I’m sure the Idlib militants will officially disarm and be loyal to Damascus and whoever that wins.

The problem is that Assad doesn’t want negotiations that lead to elections because he knows very well that he will fail. Assad is the only party preventing the implementation of resolution 2254, which was drafted by HIS own ally, Putin.

PMU doesn’t want any condition where it would surrender sovereignty to Iraqi forces. It wants a Lebanese-style arrangement where the government ignores it and not have any say in its policies. Idlib militants want negotiations and an end to the war so that Syrians can return. Assad feels he’s in a stronger position and doesn’t need to negotiate. He keeps dragging his feet in the hope that the opposition wins in Turkey and hands Idlib back to him. But It seems this is the mistake that may spark a war with Turkey and finally topple Assad. I don’t think the AKP will pull out of Syria ever, absent a fully negotiated settlement that gives the opposition a fair share of governance.

Idlib militants are a bit more radical than PMU. PMU has both radicals and moderates. For example, Iraqi Turkmen Front and Babylon Brigades are very legit and moderate groups. Same in FSA. Syrian Turkmens, moderate FSA and Druze and Christian groups are moderate. However, groups like Asaib ahl al Haq and Ahrar al Sham are radicals.

They badly want another Lebanese-style Hezbollah. America is frustrating their attempt to achieve that. If there’s one thing these radical Shiites aren’t good at, it is patience. They are desperate whenever they want something, especially when that thing seems within reach.
Soleimani was killed over the same attempt to hijack Iraq. If they had succeeded in assassinating this guy, only God knows what would follow. I think there’ll be another civil war in Iraq because the militias can’t tolerate being pushed out of Iraq’s corridors of power. They are certain to take further steps to undermine any future Iraqi government. Thankfully, Sadrists are on the side of the government. The PMU will have a hard time taking over Iraq.

LOL, Turks and Afghans for example are proud Sunnis and said that Soleimani was a martyr. Look at what Erdogan said in the telephone with Rouhani. Also, look at the Taliban. IRGC armed the Taliban to kill Americans after the assassination of Soleimani and Muhandis.

Maybe Saudis and Emiratis can invade Iraq if Iraq will be overthrown by PMU and Kataib Hezbollah. With the help of the West and probably Russia of course.

Frisian
Reply to  CIA did it

And who would replace him? Someone identical to him?

it was false falag by US force how come CRAM not working in green zone and Drone fly freely . US terrisot knew about it . it was intentional. tey want to create civil war between PMU and iraqi force. many of the bathist army personal aand officer are in iraqi force it should be dismantle and kadhimi should be removed from the post. parliment should be dismantel

The Objective
Reply to  rafik

Unbelievable! If the Iraqis were to heed your advice, there’d be a civil war before the end of 2021. Kadhimi and his supporters just don’t want Iran controlling Iraq like it does Lebanon. Are you claiming that Moqtada Al-Sadr is a Baathist?

you can’t do anything about it. Iran knows exactly what its doing. Killing sunni/ wahabbi dalit and guppu turks is a priority here ok?…….Slowly the machine is doing its job as Iran consolidates its power. Giant lime death pits take care of the rest…….nothing is left…….not even bones. You getting the drift?

Ottomans have fought Wahhabis in the past. What bull are you saying?