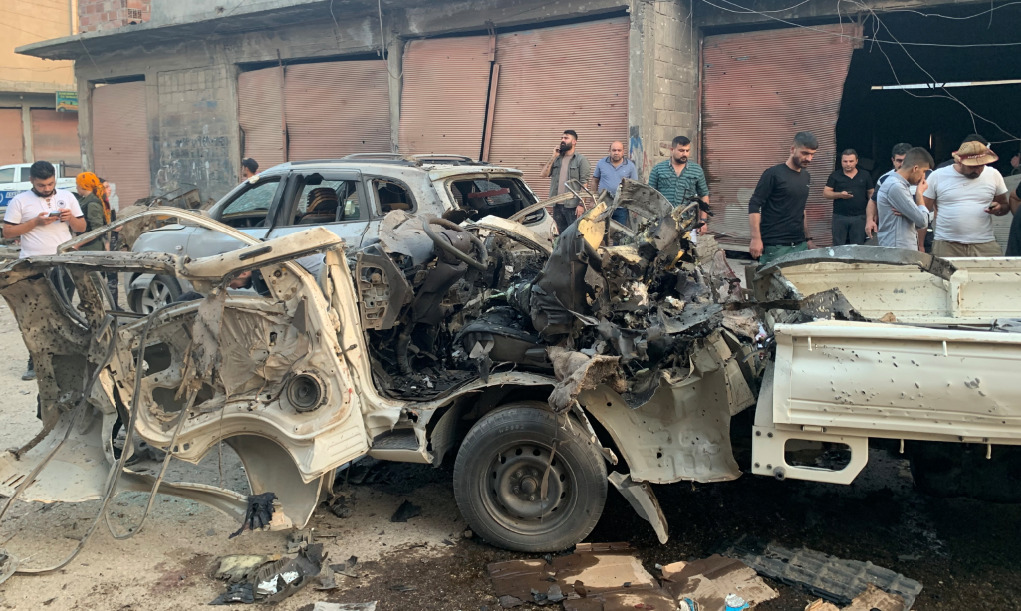 On August 6, a blast ripped through a truck in the northeastern Syrian town of al-Qamishli, which is jointly held by Syrian government forces and the Syrian Democratic Forces (SDF).

The blast took place in the al-Sina’a neighborhood, which is controlled by the SDF. One person was killed and at least three others were wounded.

According to the Hawar News Agency and several other sources, the blast was likely the result of a strike by a Turkish combat drone that was flying over al-Qamishli at the time of the accident. This is yet to be confirmed.

The suspected Turkish drone strike may have been a response to an indirect fire attack that hit a base of the Turkish military near the town of Inab in northern Syria earlier. The attack wounded four Turkish soldiers and three Syrian militants.

Turkish combat drones have been very active over SDF-held areas in northern and northeastern Syria for a few weeks now. Several fighters and commanders of the Kurdish-led group were recently killed in drone strikes.

Hell will rain down hard on the PKK in Syria. Drones are the new method for war. It truely is a game-changer. For the PKK in Syria, the clock is ticking and the time is running out. Turkish army will go in hard together with the Syrians.

You (second of ‘IT’) firget the dead and wounded monkeys in the base of occupied Syria and Rojava, SHITturk … Easy blami g in children, You (plural of ‘IT’) are as uzual, BEASTS. ONLY INHUMAN GENOCIDALS.. BTW, what are you (plural of ‘IT’) doing outside of Zungaria / Inner Asia, beasts?

I am a student and I do work part time on this website to meet my needs. One who is jobless or want to earn more money for himself, (buc-51) should must try this because this is really very easy and less time consuming and also advantageous without investing any amount. .01