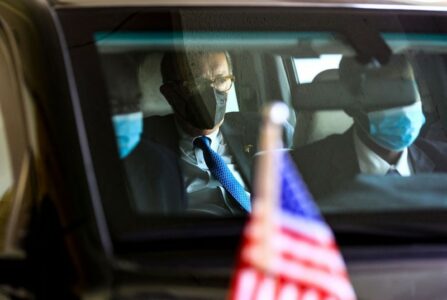 An old photo stands out on the social media page of the US Embassy in Ethiopia. It has a title: “US investments in Ethiopia”. A mockery for the Ethiopian people. In fact, from January 1st, Ethiopia (together with Mali and Guinea) was put on the trade black list from the United States, with the decision to exclude the country from the AGOA (African Growth and Opportunity Act). Decision is a response to alleged human rights violations and coups d’etat in these African countries) “due to actions taken by each of their governments in violation of the AGOA Statute”.

Now the word goes back to diplomacy, indeed to be precise to the stars and stripes diplomacy. Jeffrey Feltman, the United States’ special envoy for the Horn of Africa, has been traveling back and forth to Addis Ababa for months to seek mediation between the official government and the rebels. The last visit dates back to last November. On January 6, 2022, Feltman is back in Ethiopia, to dialogue with the factions that have been fighting for over a year. In his hand he has the card to stop the commercial treaty. Without access to the AGOA Agreement, the already very serious situation in Ethiopia, with millions of people displaced and without food and water, could precipitate.

To understand how Feltman intends to move, just reread a recent statement from him, dating back to the end of November 2021.

By the US special envoy, “the basis for talks to lead to de-escalation and a negotiated ceasefire exists. Ethiopian Prime Minister Abiy told me again on Sunday that his top priority is to get the Tigrayan Defense Forces and the Tigrayan People’s Liberation Front, the TDF and the TPLF, out of the lands that they have occupied in the states of Amhara and Afar and get them back into Tigray “.

Feltman maintains an open channel of communication even with the rebel forces. For the American diplomat, “The TDF and TPLF leaders that we have engaged tell us that their top priority is to break the de facto humanitarian siege that the Government of Ethiopia has imposed on Tigray since July. We share that objective as well “.

But even the most optimistic of negotiators must face reality. Feltman himself admits that “unfortunately, each side is trying to achieve its goal by military force, and each side seems to believe that it’s on the cusp of winning. After more than a year of fighting and hundreds of thousands of casualties and people displaced by fighting, it should be clear that there is no military solution. The government must remove the shackles that are hindering humanitarian relief and stop offensive military actions, and the TDF must halt its advance on Addis. All those in need, regardless of ethnicity or geography, should have immediate access to lifesaving humanitarian assistance, and we call for an immediate end to human rights abuses and violations”. Thus the trade stop imposed by the States risks having only one concrete effect, bringing the Ethiopian people to their knees, now exhausted and reduced to hunger.

US is just exploiting the situation just like they are doing in Syria and Libya. They don’t want something good there. If they really supported the Tigrays then they should have given them arms to defend but now they are just trying to break apart Ethiopia.

Ethiopians has done that break up themself. As tradition the Tigrayens has been main rulers being the bigges tribe.

But the Parlement in Addis has decided equal representation for all tribes in the PM. Thats what the dis agreement is about.

The Oromos are the biggest. lol

You could go back in time and see Abbessinia. Muhammed was there with his crew too.

I do understand USA very much. Im kind of that too. No matter we send of any kind of help food inlcuded, they fight against each other and even so by our humanitarian help areable to buy more weapons.

There are no winners, but USA and we are loosers.

Todat we even see so many people supporting Taleban. Let those supporters give them food or learn to grow wome vegatables and sheep.

And remember the hip hip for we are not there.

Have you become American now?

IN AFRICA THEY SAY CHINA BUILDS USA,BRITAIN,FRANCE,GERMANY,NATO INVADE COUNTRIES BASED ON LIES KILL INNOCENT PEOPLE DESTROYING THEIR LIVELIHOOD AND STEAL THEIR NATURAL RESOURCES

What did China do to Tibet?