So, you might want to sit down for this, but believe it or not the mainstream media is behaving in a way that seems somewhat untruthful.

I know! I know. I’m just as astonished as you are.

So you know that Organisation for the Prohibition of Chemical Weapons scandal we’ve been talking a lot about lately? The one where evidence keeps piling up that the US, UK and France launched airstrikes against the Syrian government last year in retaliation for a poison gas attack which never took place, and then manipulated an ostensibly independent and international chemical weapons watchdog organization into covering it up?

Well, it turns out that bigtime news media outlets haven’t been all that interested for some strange and mysterious reason. But just today they broke the silence with a new report that mentioned the scandal, and they’ve totally spun it in a way that makes the US and its allies look good! Can you believe that?

And you’ll never guess what excuse they’re using to spin it. Never in a million, billion years.

Put a pillow down on the floor, because your jaw’s about to drop like James Le Mesurier: believe it or not, they’re blaming it on Russian disinformation.

MSM has been steadfastly ignoring the OPCW scandal, but AFP briefly breaks the silence to inform us that the OPCW leaks are being "highlighted" by "Moscow", and that unnamed "Western diplomats" say "the Russians and Syrians are trying to muddy the waters".https://t.co/CYx6noOqHQ pic.twitter.com/VAVFugRoVc

AFP, which just as an aside is one of only three gigantic news agencies that are responsible for most of the stories you see in the mass media, has put out an article that has been picked up by multiple mainstream media outlets titled “Showdown looms over Syria chemical weapons probe”. The article deliberately frames the issue as one which has been “highlighted” by “Moscow”, and publishes a claim sourced to unnamed western officials that “the Russians and Syrians are trying to muddy the waters”.

“Moscow has consistently raised doubts over chemical attacks in Syria or insisted they were staged, and has recently highlighted a leaked report raising questions about a deadly chlorine attack in the Syrian town of Douma in April 2018,” AFP reports. “Western diplomats however say the Russians and Syrians are trying to muddy the waters about alleged attacks by President Bashar al-Assad’s forces.”

Never mind that the leaks themselves are intrinsically important and completely authentic, regardless of who’s “highlighting” them. Never mind that the leaks have been “highlighted” by many non-Russian outlets, ranging from small alternative platforms like my own here in Melbourne all the way up to as mainstream as the UK’s Daily Mail. All it takes is one Russian to talk about any issue of any kind and it can magically be spun as a talking point of Moscow, no matter how many westerners who have nothing to do with Russia are also talking about it.

The report’s author, Danny Kemp, has been spending time narrative managing about the OPCW scandal on Twitter as well. Kemp argues that WikiLeaks, who published a leaked internal email from the organisation on Sunday which challenges the establishment Douma narrative, doesn’t have trustworthy publications because WikiLeaks is associated with (you guessed it) Russia.

AFP’s Hague reporter downplays *leaks* from *whistleblowers* that likely clear Syria of a chemical attack & undermine rationale for US-UK-France strikes. Why? Because Russia. This was a goal of Russiagate: to smear any dissent from “Western” party line, & enlist journos to do so: https://t.co/zaUmbGg3ww

“Western source notes Russians are particularly sensitive re Douma because happened close to where their own troops were operating,” Kemp tweeted. “Also worth noting Mueller highlighted WikiLeaks role in publishing Russian-hacked DNC documents. Plus Russia was accused of hacking OPCW last year.”

The OPCW’s Director General Fernando Arias said during a convention at The Hague today that he fully supports the conclusions that were published in the OPCW’s final report on the Douma incident this past March, which asserted, contrary to everything the OPCW whistleblowers claim, that there was enough evidence to believe that a chemical weapon was used.

“It is in the nature of any thorough inquiry for individuals in a team to express subjective views,” Arias added. “The overall conclusions of the inquiry, however, must be based on the preponderance of objective facts.”

“While some of these diverging views continue to circulate in certain public discussion forums, I would like to reiterate that I stand by the independent, professional conclusions reached by the Fact Finding Mission,” Arias said.

Again, everything Arias said is contradicted by what the whistleblowers from inside the aforementioned Fact Finding Mission have been saying:

Given all this, there is no reason for anyone to feel at all confident that “the use of a toxic chemical as a weapon had taken place” in Douma.

In the hours since Arias finally gave them a denial of the OPCW scandal that they can use in their reporting, the mass media have suddenly broken their deafening silence on this important story. Reports have come out on Arias’ defense of the official Douma reports from Reuters, AP and CBS explaining to readers that the OPCW’s head honcho says all the naughty people sharing unauthorized narratives about Douma are wrong. In a story about Syria and The Hague, the CBS article mentions the words “Russia” or “Russian” no fewer than twelve times, spinning the entire affair as nothing more than a Moscow-orchestrated conspiracy theory.

Here’s an excerpt from the CBS article, just to give you a taste of the conspiratorial-lunatic spin job they’re doing on something that amounts simply to authentic leaked information:

Russia and Syria have alleged that the incident was staged since soon after it took place. Russia even attempted to bolster its case by bringing individuals who it identified as Syrians seen in “staged” videos after the attack to testify to the OPCW at The Hague.

“This obscene masquerade does not come as a surprise from the Syrian government, which has massacred and gassed its own people for the last seven years,” France’s ambassador to the Netherlands, Philippe Lalliot, said in response.

"We were right, they were wrong. Maybe going forward people should listen to us a bit more and listen to them a bit less." #Douma #Syria #OPCWhttps://t.co/yovSYeU14t

I guess it’s nice to have some company on this important story after months and months of near-total silence, but man the spin’s making me dizzy.

Of course it’s not the mass media’s job to objectively report facts, it’s the mass media’s job to manufacture consent for the status quo upon which the media-owning plutocratic class is built. This status quo naturally includes the globe-spanning US-centralized empire and the endless war which glues the whole thing together. The narrative that this oligarchic power alliance has once again deceived the world about yet another military intervention in yet another Middle Eastern nation would do serious damage to people’s trust in the imperial propaganda machine, so the story will be ignored for as long as possible and then attacked with extreme aggression when that fails.

We’re on attacking already. This is good.

They can’t own up, they are all in.

Politically the West cannot accept the truth of their deception anywhere. To do so is a sign of weakness for Zio scum.

As you rightly say ” They are all in. ” The West have got away with their lies since 1945 at least and the Synagogue of lies is now collapsing under the tsunami of Reality.

The West will double down on their lies that they intended to be accepted as reliable facts. Their lies are now so amateur that even the chimps are laughing. :) # Me Too.

Jews are just effective tools to be honest. I don’t think that i minority can control the majority of the elites in western countries.

Well 4 years ago Israeli spokeswoman, Tzipora Menache, would have disagreed with you. “You know very well, and the stupid Americans know equally well, that we control their government, irrespective of who sits in the White House. You see, I know it and you know it that no American president can be in a position to challenge us even if we do the unthinkable. What can they (Americans) do to us? We control congress, we control the media, we control show biz, and we control everything in America. In America you can criticize God, but you can’t criticize Israel…” http://tapnewswire.com/2015/10/six-jewish-companies-control-96-of-the-worlds-media/

The US sent some of our heavily-armed jackboot thug federal law enforcement professionals to ‘investigate’ the so-called OPCW whistleblowers at their homes. Doors kicked in at 3 A.M., dog shot, potential Russian agents of small stature (children) tear gassed and restrained (for own protection). And what did they find? Well, lookey here… 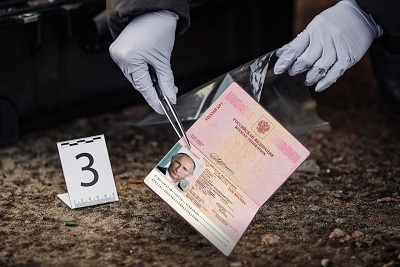