Supporter of “ISIS” from pro-Kiev volunteer “Tornado” who is accused of murder and torture of civilians in LPR has been detained near Kiev.

This article originally appreared at Rusvesna, translated by Olga Seletskaia exclusively for SouthFront

This was announced by Anatoly Matios, the chief military prosecutor of Ukraine. According to him, the detention was “tough, but without shooting.”

Lyashuk , nicknamed “Mujahedin”, a citizen of the Republic of Belarus, and the most dangerous and brutal killer of all suspected “Tornado” fighters, had been hiding from investigation or trial for more than two months.

Chief Military Prosecutor also said that Lyashuk (having an identity of a police officer in the name of Al-Takbeer Daniyal Alexandrovich) is a newly converted Muslim and he is professing the values of the extremist organization “ISIS” *.

Lyashuk allegedly committed grave and severely grave crimes as a member of “Tornado”, a criminal organization that includes a number of police patrol officers. Leader of “Tornado” is five times convicted Ruslan Onishchenko.

It is the “Mujahid”-Lyashuk who with extreme cynicism, cruelty and ruthlessness conducted brutal tortures of local people of Lugansk region. He organized and took direct part in the rape of detainees, whom he and other suspects kidnapped out of selfish motives .

On June 18 the Minister of Internal Affairs of Ukraine Arsen Avakov signed the decree to disband “Tornado”. The militants refused to disarm and assumed defensive position in the school, but the Interior Ministry of Ukraine said that the storming of the building is not in their plans and “nobody is going to shoot their own people”. “Tornado” is a volunteer unit that was established in last October on the basis of the notorious Battalion “Miner”, which was also disbanded by Avakov’s decree for looting. Since June 2014 “Miner “, under Onishchenko’s command took part in the battle for the village of Peski, in the purging of Dokuchaevsk and in the offensive in Maryinka. 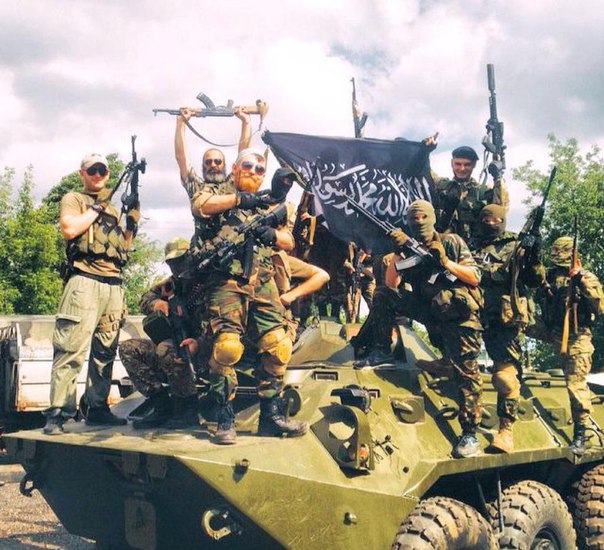