Most chemicals, fertilizers, wire and electronics and other parts to build bombs and other improved explosive devices which ISIS use for their terrorist activities come from Turkey. 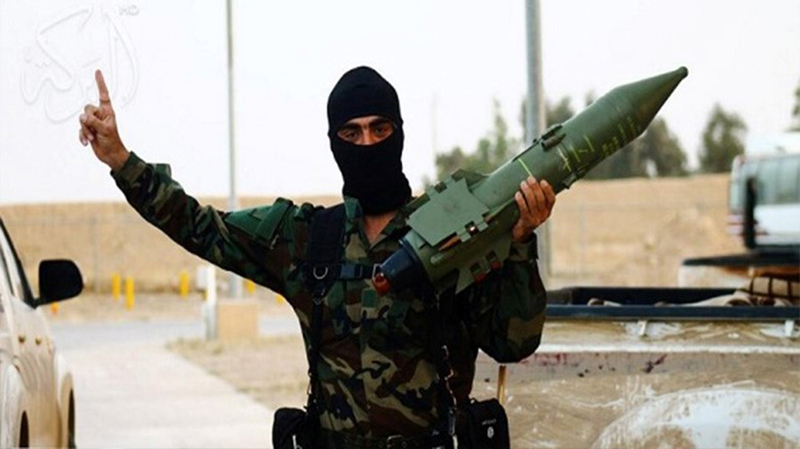 For 20 months the EU has been funding a group called Conflict Armament Research (CAR) which collected and analyzed the information how the Islamic State has been able to amass its arsenal at an unprecedented speed.

James Bevan, executive director of CAR confirmed the terrorists are using all sort of IED´s (improvised explosive devices) from suicide and car bombs to landmines and booby traps. Most of the components are gained by exploiting legal agricultural and mining sectors where the necessary chemicals and parts are freely available.

The report found the horrifying fact that over 50 companies from 20 different countries are legally supplying ISIS, with bomb-making material, according to a new report by Conflict Armament Research (CAR), which suggests that countries are failing to monitor what they are selling.

A total of thirteen Turkish firms were found to be involved in the supply chain, the most in any one country. That was followed by India with seven.

Investigators traced the supply chain of more than 700 components used by ISIS militants.

CAR was able to get these components through partners including the Washington-backed Kurdish YPG in Syria, the Iraqi Federal Police, the Kurdistan Region Security Council and forces of the Kurdistan Regional Government and were recovered during major battles around the Iraqi towns of al Rabia, Kirkuk, Mosul, and Tikrit and the Syrian town of Kobani.

“Microsoft Corporation, of which Microsoft Mobile is an affiliate, has provided CAR with extensive information on the chain of custody of ten mobile telephones seized from ISIS forces in Iraq,” the report states.

According to James Bevan the Turkish government refused to cooperate with CAR’s investigation so the group was not able to determine the efficacy of Ankara’s regulations regarding the tracking of components.

Numerous electronic components such as microcontrollers and transistors which are consistently used in the construction of one type of remote-controlled IED used in Iraq were manufactured in Japan, Switzerland and the United States.

Bevan told that these ISIS inventions have taken a heavy toll on the Peshmerga, Shia militias, Kurdish YPG, opposition rebels and other forces attempting to take back ISIS territory.

“Whenever they try to liberate an area, that area is absolutely littered with IEDs and they are causing the greatest amount of casualties,” Mr. Bevan said. “It’s on a larger scale than we’ve seen in recent conflicts.”

CAR’s executive director has confirmed that all these findings support growing international awareness that IS forces in Iraq and Syria are very much self-sustaining — acquiring weapons and strategic goods, such as IED components, locally and with ease.

What would be interesting is article on Houthi anti ship ATGM and ballistic missiles.

Those are from Iran. You don’t need a 20 Month study to tell you that.

now the govts. of the 20 countries can stop these 50 companies from exporting to certain areas. but i bet they dont- india might, but the others will not.

Russia should do what the US would do, that is name the companies, and accuse them of supporting terrorism, especially the US company. Perhaps even suggesting US Government support of terrorism.

“Numerous electronic components such as micro controllers and transistors which are consistently used in the construction of one type of remote-controlled IED used in Iraq were manufactured in Japan, Switzerland and the United States”…Beside the component to fabricate IED, the US provided CIA INSTRUCTORS to their INTERNATIONAL TERRORISTS MERCENARIES.

Israel and Turkey and Saudi Arabia. All a bunch of Shemitic-Zionist-bigots. http://en.farsnews.com/

Found in 5 seconds on the internet:

Price Condition: FOB we have a great stock of this product at very good prices. we provide you with free shipment of your product and guarantee youa safe and secure ontime delivery contact us for more product details [ Related Keywords : Captagon Pills, original captagon pills, cheap captagon pills, captagon ]