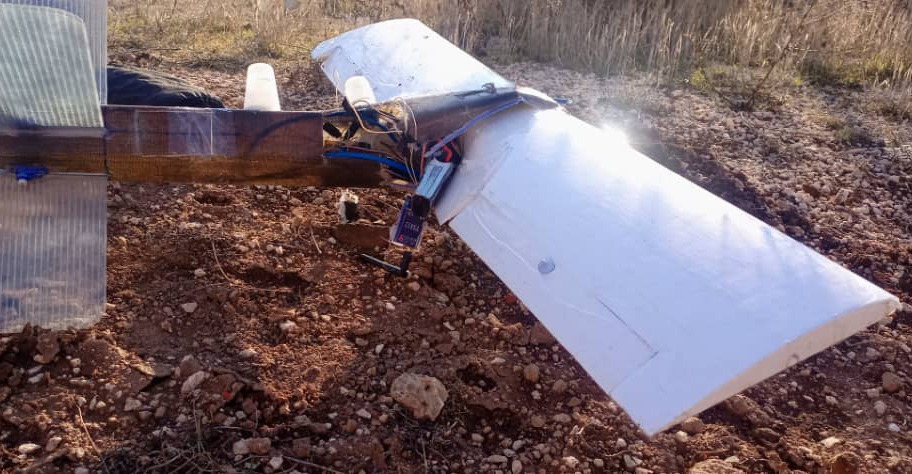 On February 5, a suicide drone crashed in the outskirts of the Kurdish-held town of Baylouniyah in the northern countryside of Syria’s Aleppo.

The primitive drone, which was made out of commercially-available parts, was reportedly launched by Turkish-backed militants who occupy vast parts of the northern Aleppo countryside. The drone was armed with a rocket-propelled grenade and a hand grenade.

The target of the drone, which crashed as a result of a technical failure, was likely a position of the Kurdish-led Syrian Democratic Forces (SDF)

The SDF and Turkish forces have been exchanging blows in northern and northeastern Syria for the last few days. Both side sustained human and material losses.

An interesting drone belonging to the TFSA has crashed in Baylouniyah, northern Aleppo. Seems like a suicide drone. Pictures from the Afrin Liberation Forces. pic.twitter.com/7bXIrZe40r

Turkish-backed militants in the northern Aleppo countryside have been attempting to field suicide drones for a few years now, with zero success.

Less than three years ago, Syrian government forces shot down a primitive suicide drone that was launched by Turkish-backed militants over the town of Shaykh Isa in the northeastern Aleppo countryside.