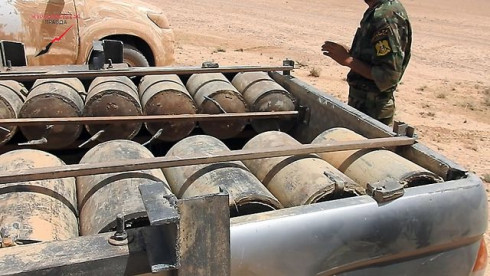 Here in Syria I have witnessed nearly every method used by ISIS and al Nusra. Their tactics are characteristic of forces which lack an industrial base and are forced to use someone else’s equipment. The militants are fighting against overwhelming air and artillery superiority. Plus the constant Russian Aerospace Forces pressure, through airstrikes and real-time reconnaissance.

It means it’s impossible for them to fight like regular armies. Nevertheless, the militants do have a centralized fuel, munitions, and medical deliveries, field hospitals, and evacuation of the wounded. I have seen well-equipped field hospitals in cities liberated by the Syrians, complete with refrigerators full of donated blood and operating rooms. They were usually established in captured hospitals.

Naturally, such hospitals are known to exist and as a rule ought to be targeted by airstrikes. But a hospital like that is often inside a city where civilians still live. Some can’t leave, others have nowhere to go. Where is the guarantee that the same place which is treating militants is also not delivering babies? That’s probably why I have never seen a bombed-out hospital.

In spite of Syrian air and artillery superiority, the militants have used an effective method against the Syrian Army’s offensive–suicide bombers. It might seem savage and irrational at first glance. However, one has to recognize the reality of local warfare. 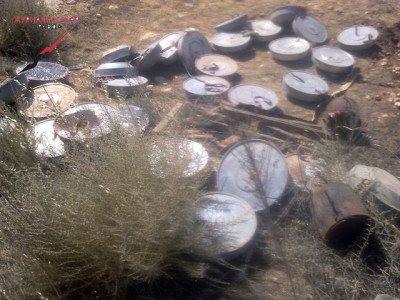 But life goes on even during war. Not everyone wants to leave, or has a place to go. Many opt to stay in familiar places. Which means that people have to find a way to earn money, go to cities, bring daily necessities. Much of Syria lives off agriculture. Which means constant harvests (three times a year), and constant transport of fertilizer and seeds.

They are transported on small pick-up trucks. Naturally, these days the most important roads are covered by checkpoints, so that suicide drivers can’t reach big cities. But the closer one gets to the front, the more confusion there is. Particularly since the militants are constantly testing defenses.
It’s quiet here today. The militants will launch an attack tomorrow under the cover of sandstorm. If the attack is a sustained one, the front will be reinforced by reserves and armor, lots of trucks laden with personnel. There is a shortage of troop-transporting trucks in Syria. They are often using commercial Hyundai trucks instead. Command staff uses inconspicuous Japanese pick-up trucks. Nearly all of Syrian landscape has a sand-beige hue, so the trucks are smeared with sand-water mixture for camouflage.
Any major operation therefore entails the movements of large numbers of trucks, each with its own mission–carrying personnel, munitions, artillery observers, etc.  Therefore if an observation point or a checkpoint observes an approaching vehicle, in 99 cases out of a hundred, it will be one of the many Syrian army vehicles. 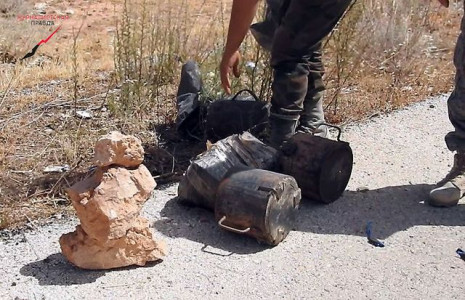 The checkpoint wants to establish where the vehicle is coming from. But it could be coming from any number of units, and it’s almost impossible to verify before it reaches the checkpoint, which then has the option of firing warning shots. 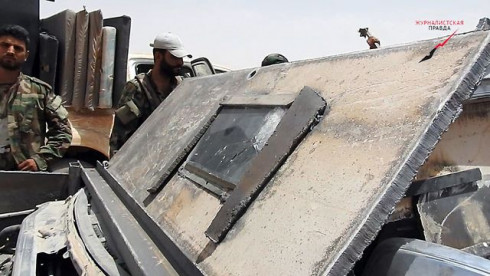 At that point the suicide driver usually accelerates, protected by metal armor up to 20mm thick. Wheels are similarly protected. It might not protect against a direct hit, but it will certainly against ricochets. And then it’s all a matter of chance, depending on from what distance the vehicle was spotted.

Sometimes the small pick-ups are not noticed at all, given that hundreds of such vehicles pass on these roads. The vehicle itself carries about 10 improvised bombs, 30-40cm in diameter and 50cm in length. There is centralized manufacture of these munitions, some of them are placed along roads, those most are issued to suicide drivers. It can be detonated by a bullet or by the blasting device held by the driver. Each vehicle has more personnel on board than just the driver, to ensure detonation in the event driver is incapacitated. 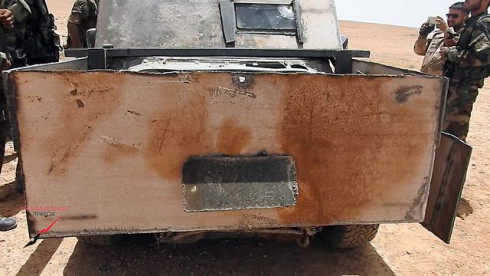 The militants know how to choose their attack times. Usually when the army has just liberated a town and is still in a state of post-battle disorganization and euphoria. Or in the evening, when the unit is preparing for the night. The militants use suicide vehicles with skill, which makes them an effective weapon with demoralizing influence on the troops.

I have seen suicide vehicle attacks more than once. Indeed, given all the front zone traffic, one simply does not pay attention to a single inconspicuous pick-up approaching from the desert. A Mazda B-2000 once drove past me, with people inside wearing military uniforms. At the time I thought that they belonged there. The truck entered the highway in the direction of a Syrian HQ. It’s probably redundant to say that the militants knew where the HQ was. Suddenly there was rapid firing. Luckily the militant overshot the turn and got lost in the bulldozer-created earth mounds. Even though the truck extricated itself, in the process it attracted attention and was destroyed.

Thanks for the very informative post. Since the Syrian Army will be reluctant to shoot everything in sight or bomb civilian areas (contrary to western propaganda promoted by my beloved country). This post confirms a long held belief of mine.

ISIS must be getting supplies and donations from Turkey and Saudi Arabia to have the following: 1. well supplied field hospitals, 2. trucks and equipment to modify them, 3. foreign fighters to refurbish their ranks, 3. other perishable supplies.

Russia, please, send in some ground troops to secure the area all the way to Tabaqa military airport like you did in Palmyra. If you do this then ISIS will be divided into northern ISIS and southern ISIS. Southern ISIS will be cut off from Turkey and they will dry up like a raisin. I am not asking you to take Raqqa for the Syrian army, just Tabaqa military airport. and hold it. This will start the blockade of Southern ISIS and they will dry up like a prune.

Interesting video from the original article: