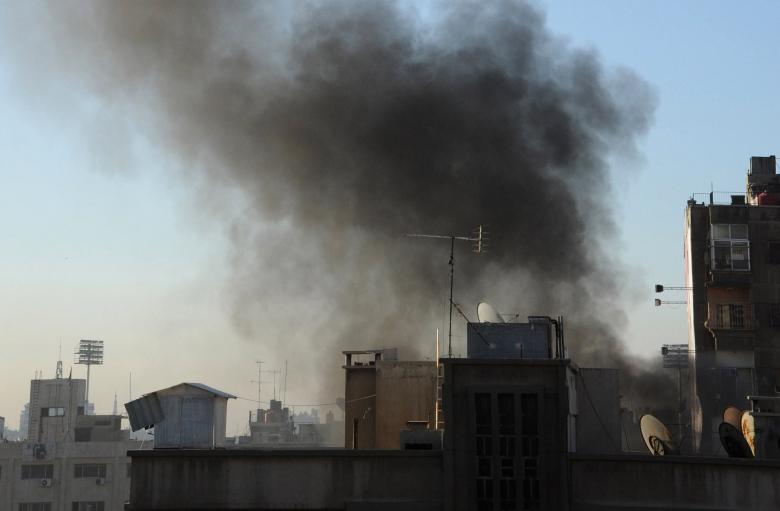 A suicide bomber blew himself up in the Palace of Justice in the Syrian capital of Damasucs, killing at least 25 people and wounding many others, according to media reports.

UPDATE (14:26 CET):  The second suicide bomber blew themselves up inside a restaurant in the al-Rabwah area.

35 killed in the first attack.

Now we know why they dont want to come to Astana. They had their “work” to do. So sad. Blessed are the Syrian people. To hell with all jihadists!

maybe this is a sign that ISIS has become so weakened recently that suicide bombings are all they can really do, still, very sad and my prayers are with the families of the killed

ISIS is not Tahrir al-Sham, they were late 2013 when Daesh started out, its​ morphing into ISIS had one stand out feature, remember at the time there were mass demonstrations the Pentagon had declared al-Nurash a terrorist organisation, ” we are all al-Nurash” that was the chant of the peaceful demonstrators. Brother Baghdadi found that he couldn’t handle it, it made him sick, so he broke from the apron strings of King Abdullah, that’s probably what killed the King, Baghdadi was well liked, but I believe as I’ve been posting since then Allah fostered al-Baghdadi so all the terrorists wouldn’t be loveable freedom fighters, and it worked. All Praise be to Allah because Brother Baghdadi has brought us a benefit.

What? All these terror groups were financed and created by a mixture of Israel, Saudis, Qatar, and US, not allah

King Salman has never given a penny or one rifle round to the Caliphate, everyone else gets monthly pay cheques from banks in Kuwait supported by all those institutions you mentioned, Turkey supported IS wholly and solely and they quit September 2015 after that it was only black market stuff, IS is finished they know that, most were Brotherhood conscripted, who conscripts them next is up to them and Allah.