A suicide bomber attacked a meeting of officials from Hayat Tahrir al-Sham (HTS; formerly Jabhat al-Nusra, the Syrian branch of al-Qaeda), Ahrar al-Sham and tribal leaders at the HTS headquarters in Najjar village in the southern Aleppo countryside. HTS claimed that ISIS was behind the attack and revealed that 3 of its fighters – who were guards at the headquarters – were killed in the attack.

ISIS hasn’t yet claimed responsibility for the attack. Furthermore,Ahrar al-Sham has not confirmed that its representative was at the meeting, as HTS had claimed.

However, ISIS is believed to be behind the attack. It has targeted several HTS headquarters in Idlib province in a similar way. The attack on HTS headquarters near Idlib city on July 13 is an example of such actions.

Earlier this month HTS claimed it launched a security campaign against ISIS cells in Idlib province, and allegedly arrested several ISIS commanders across the province including Sarakib town. HTS has also executed two ISIS elements accused of being behind the attack on its headquarters on July 13.

HTS will likely not be able to end a threat posed by ISIS in the province of Idlib because HTS and ISIS share almost the same ideology and there is a sympathy between their fighters and their leaders. Local sources from Idlib have already claimed that HTS allowed the return of several ISIS fighters to the province with their families and pardoned them earlier this month.

I think when both groups find themselves defeated, hungry and out in the cold, they will find common cause again and celebrate over a goat. Then they will kill and eat that goat.

Excellent news when these scum kill each other

The f… joke. They want to kill Assad and they even can’t control their side. XD.

Sunnism is enable to protect them. Sunnism is destroying them.

A suicid bomber. Why ? Nobdy knows. XD. They kill themselfs and others for no reason.

Actually Sunni has nothing to do with Wahhabism and Salafism their both come from Zionist Kingdom of Arabia and most of Syrian soldiers are Sunni. 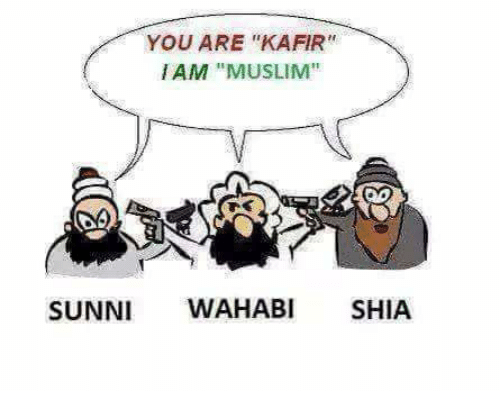 Nope, Wahabists actually kill Sunni in Iraq,SyriaYemen,Libya and many other Sunni nations. you should do research before blaming S 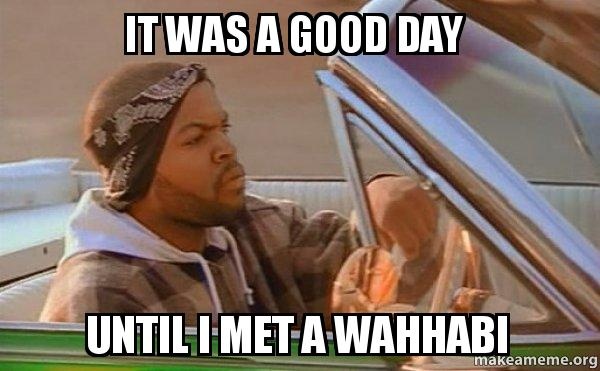 Wahhabists are Sunnis. It’s just the fact that Wahhabists are sunnis that want to live like the times of the four first imams. It’s like a communist who is a more extrem communism than another.

It’s the game of who is the purest. It’s a very bad game.

Still Sunnis are not Wahabists, 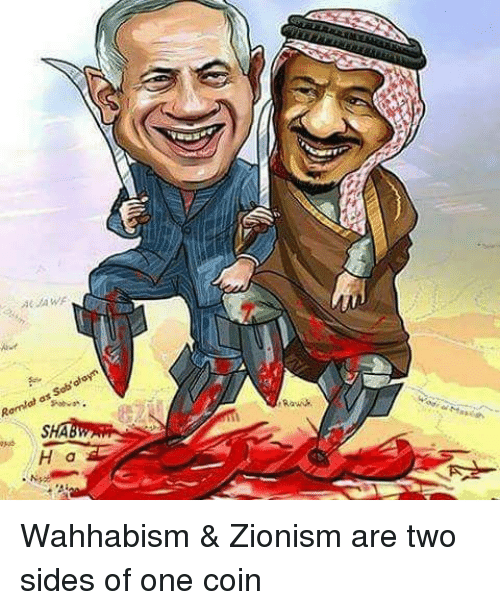 we can argue 1000 replys over who is right and Wahabist is ideology and don’t act like religion.

A religion is an ideology. Wahabists are Sunnis. Wahabists have used the power of religion to take the power but they are Sunnis. And Zionists are secular jews and allies. Even some Christians like evangelists and protestants are zionists.

That’s why, USA want them in power. USA knows how weak, stupid and violent they are. They will make very good useful idiots.

Assad is too nationalist for USA. USA hates nationalits. Only americans and israelis have the right to be nationalists.

A US nationalist beat all of the Jew world order candidates in the primaries and general election, that the Jew cabal and their establishment collaborators fought every step of the way. And now a Jew pedophile cult member has filed impeachment articles against him. And the anti American Jew slaves in the legislature are passing veto proof legislation.

USA is doomed man. Even Trump daughter has converted to judaism. Americains are too religious to see. They think that israel is their friend but israel is their biggest ennemy.
And now, the globalists are using the american power to enslave the world.

If you know how to move on another planet. It’s time to move on.

I almost lost my left eye in a beam weapon shooting during ET contact work a few years ago. If it had been turned up higher I’d be dead. There are good ETs, But there are also bad ones. And the Jews may be fronting for some of them.

Most Americans under 50 don’t support Israel. They’re burning even that bridge. They screw everybody and with the internet can’t hide behind their media monopoly anymore. So people are figuring out what scumbags they are.

It’s too late. You can do nothing now. They have taken your country and now you have became a foreigner in your own country. I don’t think you can take it back.

One of the best country in the world has became f….ed up.

There is no more freedom of speech is the us. The country is monitored by NSA. Propagenda all day long. All what made America what was America has been liquidated.

The Jew trash Israel firsters need to be cleaned out of the US government and replaced with America firsters. It’s been done many other places before and it needs to be done in the US.

It looks like you don’t know yet but neo-prostestant fanatics of USA consider themselves a kind of vassal tribe of Israel since they exist, you’re discovering the wheel, young boy.

ISIS isn’t even trying to hide it’s stupidity now lol
Braindead morons.
I guess they would just blindly attack anything they see lol

Does anybody else get triggered when they search Syrian flag on google and this is what they find:- 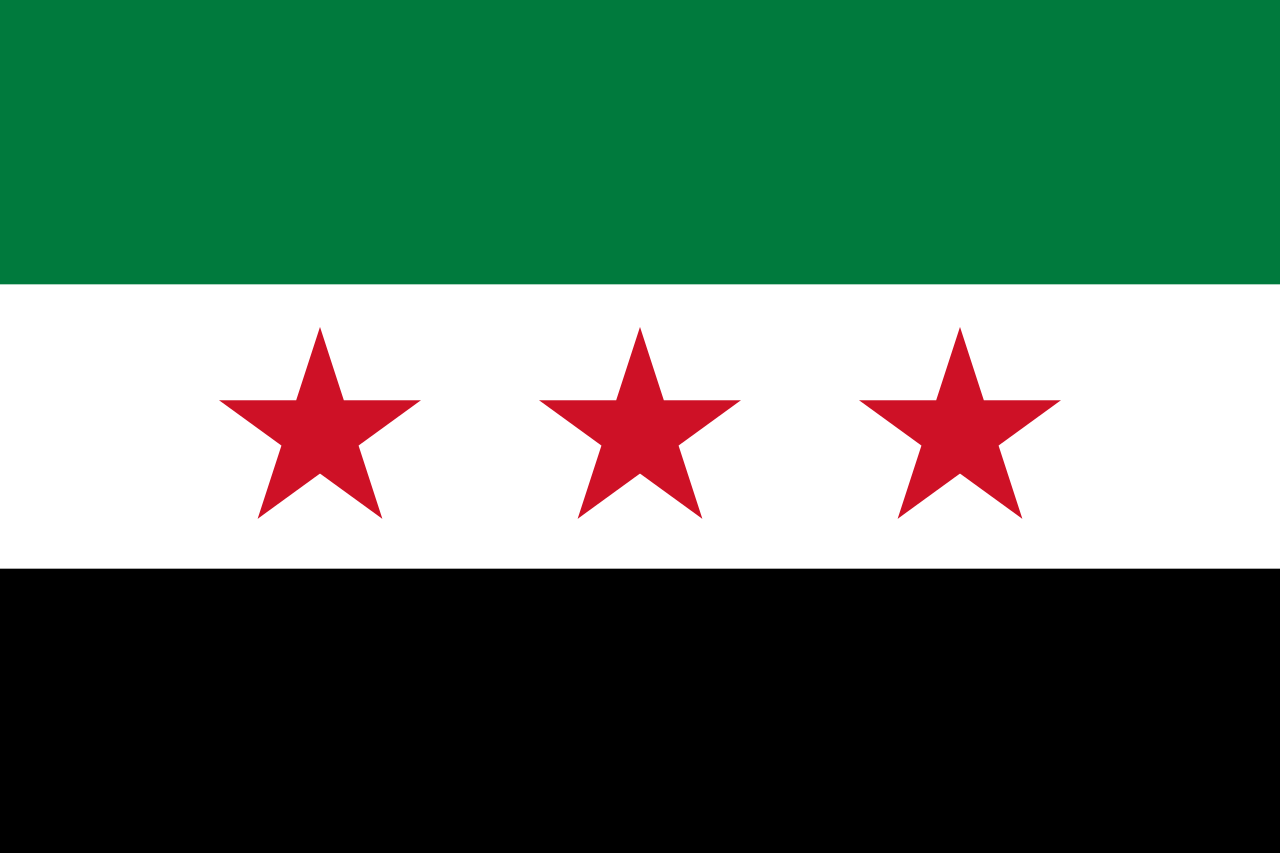 Good news, All HTS meetings should be attacked by fellow Jihadist in Idlib province.
Although I find it quite strange to be rooting for ISUS !!!
But a least they blow themselves up in the process :D