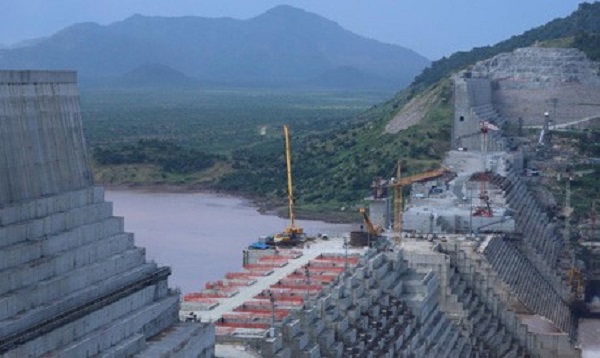 A Sudanese ministerial delegation was in Ethiopia yesterday to discuss the ‘Grand Ethiopian Renaissance Dam’ as well as border security issues between the neighbouring countries. The Sudanese delegation was headed by Cabinet Affairs Minister Omer Monis and took part in two days of high-level political consultations held in the Ethiopian capital Addis Ababa. The status of the attendees clearly demonstrated the importance of the project to both countries. The project is also being closely followed at the highest levels of government in Egypt.

According to a partial deal reached in Washington, the $4 billion dam will be filled in stages during the wet season (due to begin in July). However, the three parties have not yet reached agreement on many technical and legal aspects of the project such as the coordination mechanism, data exchange, dam safety, and environmental and social impacts.

While the Ethiopian government considers that the unresolved issues are of secondary importance and can be addressed in the future, this opinion is not shared by their counterparts in Sudan and Egypt. During a phone call with the Ethiopian prime minister on 12 May, Sudan’s Prime Minister, Abdallah Hamdok, insisted on the need to strike a tripartite deal prior to commencing the crucial stage of diverting water to begin filling the dam.

Egypt has already lodged a complaint with the UN Security Council concerning the Ethiopian government’s intentions, and can be expected to react strongly if an agreement is not reached prior to the commencement of the next stage of the project.

react strongly and do what? the days of egypt bullying upstream nations are over

Why were the parties negotiating a partial deal in washingtub? UN headquarters are in New York. Let’s hope the parties were not conned into using hackable isreali control software for their new dam. The Japanese weren’t too impressed.