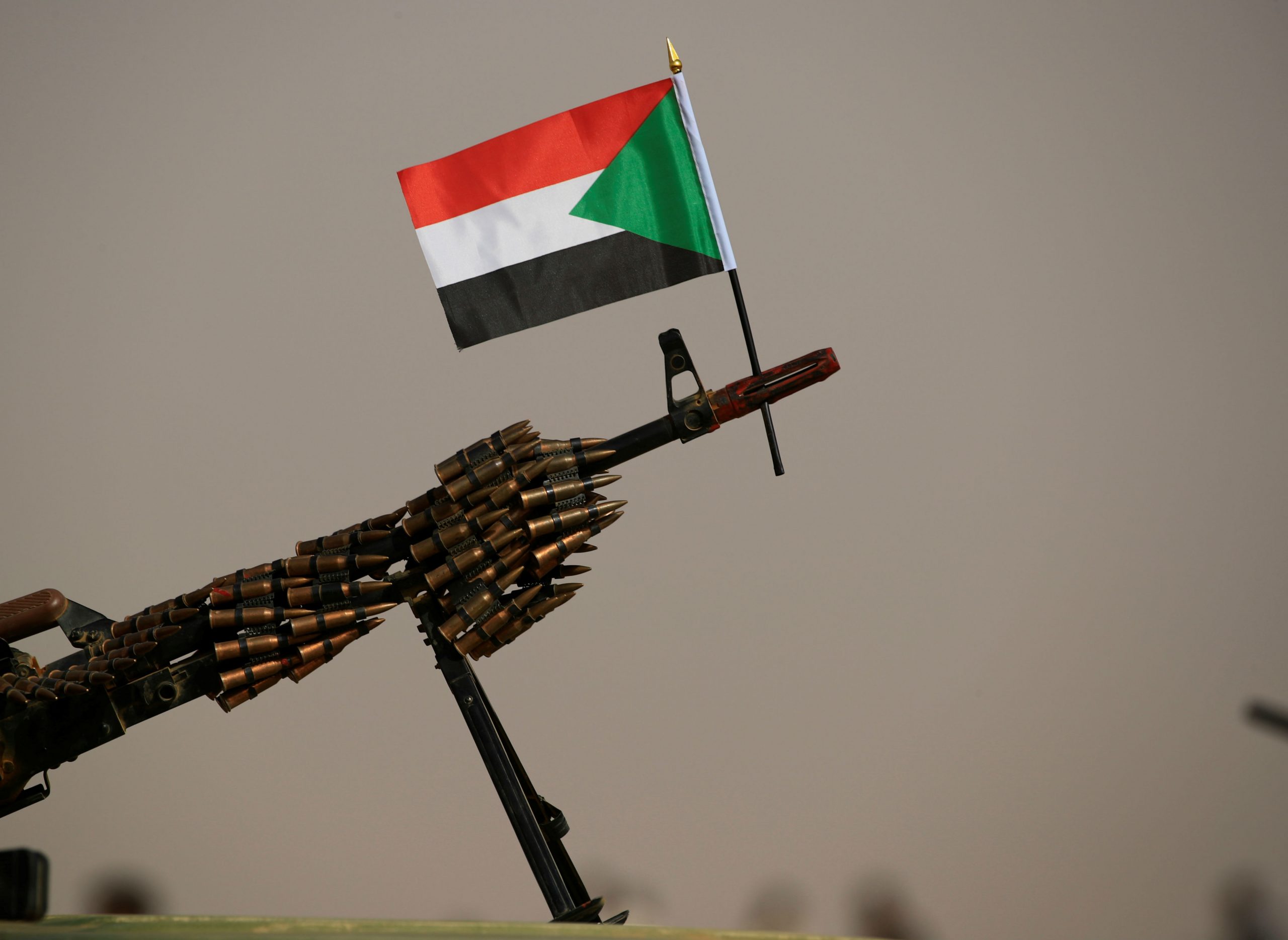 On December 17th and 18th, Sudan deployed troops on its eastern border with Ethiopia.

Sudanese troops are advancing on the disputed territory between Sudan and Ethiopia, sporadic fighting is ongoing, and Ethiopia is facing wars from Sudan and South Sudan alongside Sudan,#Ethiopia #Eritrea #Somalia #Kenya #Sudan pic.twitter.com/IlqcMzieKM

Incidents regularly occur on this agricultural border, predominantly at the Metema border crossing, between Ethiopian farmers who come to cultivate on this territory claimed by Sudan.

A senior official at Sudan’s eastern border province of Al-Qadarif said that the Sudanese army had launched an “attack and fierce battles along the border with Ethiopia that have left three Sudanese soldiers killed.”

The sources stressed that the Sudanese army had recaptured “a number of Sudanese areas which were occupied by Ethiopian farmers in recent days.” 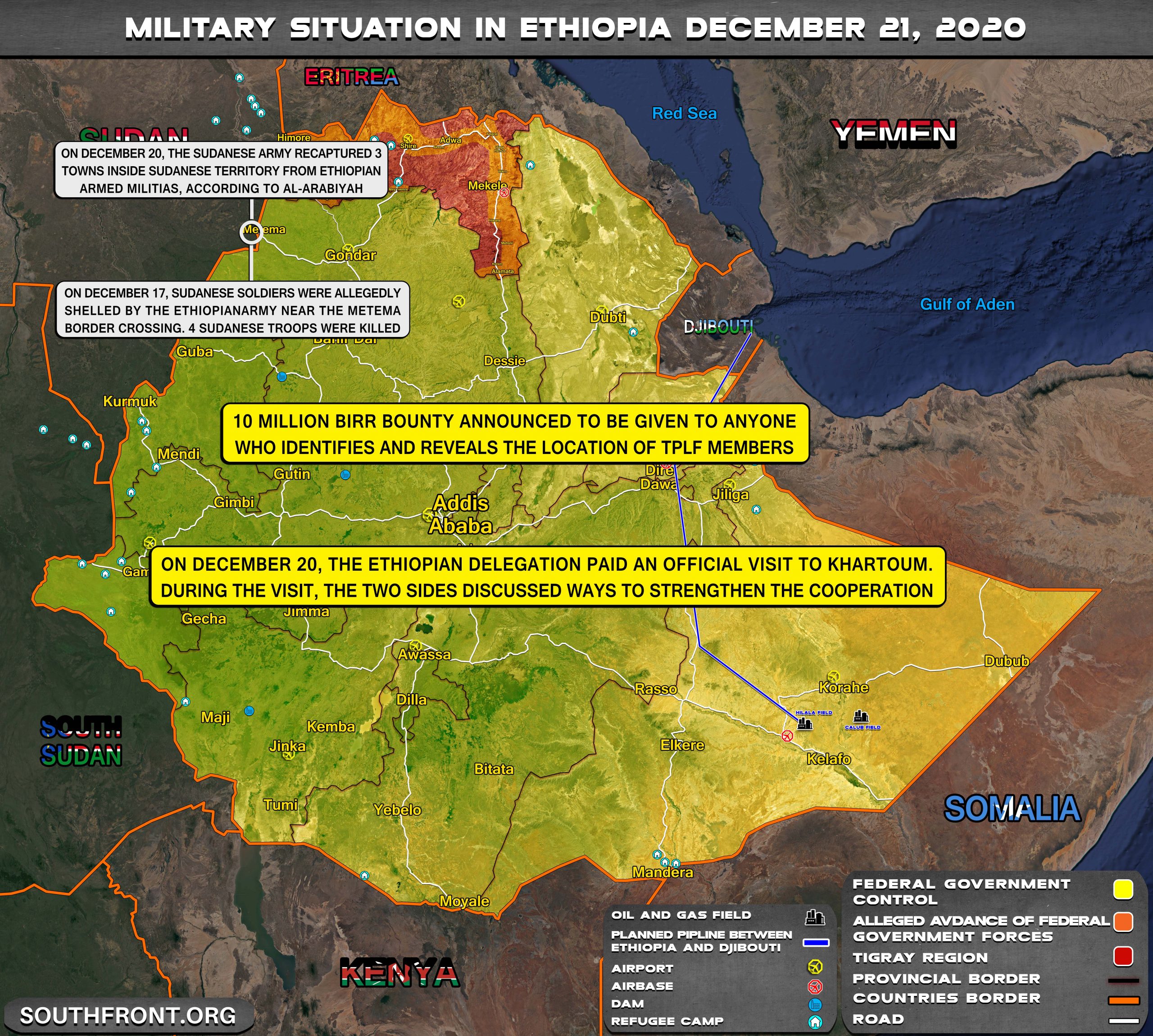 Sudan deployed more than 6,000 troops to the border at the start of fighting in Ethiopia’s Tigray region that pitted the federal government against regional authorities last month.

Ethiopia’s Prime Minister Abiy Ahmed declared victory in the fight. However, clashes between federal and regional forces have continued.

Forces from Ethiopia’s Amhara ethnic group, which back the government of Prime Minister Abiy Ahmed, have also expanded their activity, leading to other incidents in long-disputed farmlands near the border where refugees have been crossing.

“The tensions increased and some skirmishes took place recently,” he said.

Amhara farmers claim rights to lands in the al-Fashqa plain also claimed by Sudan, and clashes sometimes flare during planting and harvest seasons.

Tigrayan refugees now hosted in eastern Sudan hold Amhara forces responsible for much of the violence they fled since early November.

Prompted by security concerns, Sudan’s Prime Minister Abdalla Hamdok flew to Ethiopia on December 20th with what senior Sudanese officials said was a proposal to mediate.

The situation in Ethiopia, despite the alleged victory over the Tigray People’s Liberation Front, remains chaotic.

It likely promises for instability to keep happening in the near months.

At the same time, the conflict spilling in Sudan also threatens to exacerbate the delicate situation that Khartoum is barely keeping together.

This smells as if it has a foreign hand in it.

Vox Populi
Reply to  You can call me Al

Sudan and Egypt are both extensively involved in the dismemberment and terrorism in Ethiopia, due to the Nile Dam issue. It is good news for Yemen though as the Sudanese mercenaries are now diverted to Ethiopia and the Yemeni beating of Saudis has increased substantially.

The river between Sudan and Ethiopia also made Egypt anger, because Ethiopia wants to build a dam. The blue Nile feed Nile river which is lifeline of Egypt. We see if Sisi try something….with Egypt brotherhood. “The Blue Nile supplies about 80% of the water in the Nile during the rainy season”.

Totally factual statement and reflects both Egyptian and Sudanese hand in the conflict in Ethiopia, Tigray and Eritrea. The Egyptians are intent on carving up Ethiopia and end the dam project. Trump even encouraged Sisi to bomb the construction site.