Last Tuesday a Turkish F-16 shot down the Russian warplane with no previous warning of the alleged airspace violation. 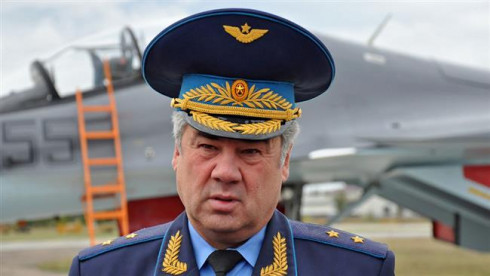 Objective control means of the Khmeimim airbase in Syria and of a Russian plane that was nearby registered no signal at all from the Turkish side before an F-16 from their air forces shot down the Sukhoi Su-24M at a frequency agreed earlier, according to declarations of the Russian Aerospace Forces, Col. Gen. Viktor Bondarev made on Friday.

The cited airliner was operating in Syrian airspace when it was downed by the Turkish jet under allegations of having invaded their airspace.

Bondarev stated that the F-16 actually invaded Syrian airspace for about 40 seconds and went within 2 kilometers inside its territory while the Russian aircraft never violated Turkish airspace.

Media have claimed that an audio regarding the talks between both airliners’ crews had been disclosed, but Russian Defense Minister claimed that Turkey has refused to hand the Russian military representative any materials on the incident and besides that, Turkish General Staff said it had not published the talks’ recording.

One member of the crew died in the incident due to ground fire that shot him dead while the second pilot was rescued alive after a 12-hour operation.