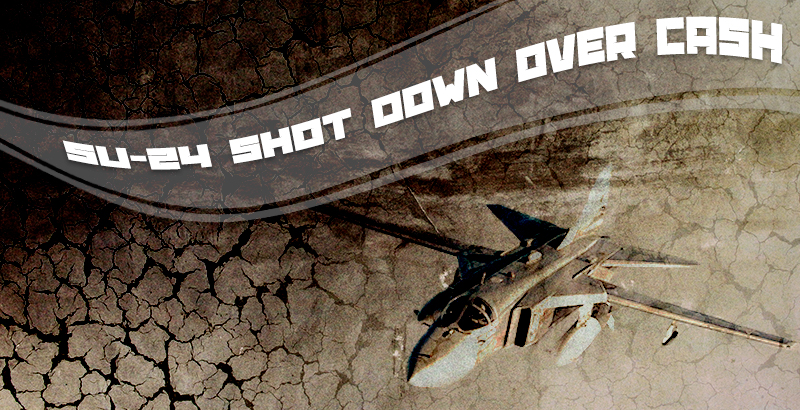 According to the refugees from ISIL-occupied Syrian provinces of Idlib and Aleppo, the militants are using Turkish lira as the main currency. The use of Syrian pounds is punishable by death, in keeping with ISIL’s version of sharia law.
The cash is being regularly supplied from Turkey’sterritory. Turkish soldiers are providing security for the shipments. In recentdays, Russian Aerospace Forces have been active in locating these columns and launching precise strikes against them.

Therefore the attack on the Su-24 is likely connected to the Turkish unwillingness to permit a large shipment of money to be destroyed, or to have such shipments recorded on video while crossing the border from Turkey under Turkish army escort.

This scenario is also supported by the fact that the Turkish fighter was patrolling only one sector of the border (which is confirmed by both Turkish and Russian information), and initiated the intercept of the Su-24while it was still approaching the border, before it even had a chance to crossit.

Now everything is clear, turkish has his own agenda

Don’t forget Turkey ISIS NATO all US and US Israel.