Truth Begins to Break Out 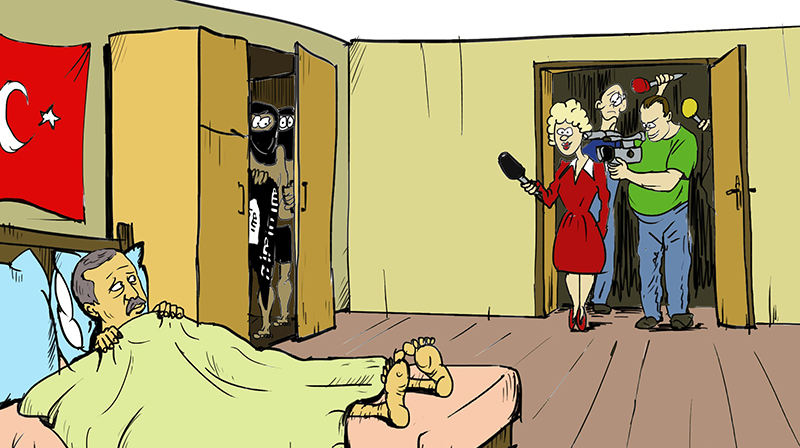 On Nov. 24 a Russian SU-24 bomber was shot down over Syria by a Turkish F-16 interceptor. Turkish President Erdogan claimed it was a reaction to protect Turkish air space. In fact it was a planned attack, a provocation. [i]

Turkey is an ally of the terrorist “Islamic State,” or “ISIS,” in the war in Syria.  Russia is an ally of the legitimate government of Bashar al-Assad. Russia’s entry quickly swung the military balance against ISIS. Erdogan wanted to draw NATO, of which Turkey is a member country, to offset Russia.

The provocation failed. The failure was due to the strength Russia’s political position.

Shortly before the SU-24 incident Russia raised embarrassing questions about the finances of the ISIS terrorists. On Nov. 16, after a summit meeting of the G20 at Antalya, Russian President Vladimir Putin bluntly charged that ISIS financing “comes from 40 countries, as we established, including some G20 members.” [ii]

One of those countries is Turkey. ISIS sold 40-45,000 barrels of oil daily. It got it from Iraqi and Syrian fields. From there it was smuggled across the Turkish border, sold to middlemen, and shipped to international ports.  The take was estimated at $400 million per year. Russian bombing of ISIS oil transport trucks dealt a devastating blow to the ISIS/Turkey oil racket.[iii]

A few days after Putin’s Antalya statement, the SU-24 was shot down.

Turkey called an extraordinary meeting of NATO’s decision-making North Atlantic Council the same day to get support against Russia. The effort didn’t sell.

All NATO would give was a generality about “the importance of having and respecting arrangements to avoid such incidents in the future.” [iv]

The same day Lt. Gen. Tom McInerney, former Vice Chief of Staff of the U.S. Air Force, told Fox News that the destruction of the aircraft was a “very bad mistake and showed poor judgment.” [v]

A few dissenting voices are now heard in the U.S. Rep. Tulsi Gabbard, D-Hawaii, told CNN on Nov. 27 that it’s time for the U.S. to stop its “illegal, counter-productive war to overthrow the Syrian government of Assad.” [vi]

This is a big change. Since the outbreak of the Ukraine crisis in February of 2104, no dissent from administration war policy has been allowed in the mainstream media. The change is a measure of Russia’s impact.

The strength of Russia’s position derives from two sources.

The first is military power. For a while the terrorists seemed unbeatable. Then Russia stepped in. Now the terrorists are taking heavy losses. They are losing ground. The international connections of this loathsome crew are suffering exposure to public view.

The second component is the adherence of Russian policy to international law and Syria’s rights of sovereignty. Russia is there by agreement with its government. The United States and other aggressors do whatever they want in countries like Afghanistan, Iraq, Libya and Syria. There is no question of asking permission. The world has “gotten used to it.” Now the aggressors’ actions stand increasingly exposed as what they are: acts of war.

Erdogan said on Nov 30 that, “We are not that dishonest as to buy oil from terrorists. If it is proven that we have, in fact, done so, I will leave office. If there is any evidence, let them present it, we’ll consider [it].” [vii] He will need a lot of luck!

The United States has announced that a “Special Operations Group” will be sent to Iraq and Syria. Whatever else, it means the United States is still committed to “regime change” in Syria.

The oil scandal is breaking into the rigidly controlled mainstream media, like CNN and the Guardian.[viii]  The coverage indicates deep divisions over policy within the ruling class. For their part the people are sick to death of endless wars. The truth is breaking out in the United States and other western countries.  It will greatly strengthen the hand of the people in the struggle for a negotiated settlement of the war in Syria.

Now the truth emerges: how the US fuelled the rise of Isis in Syria and Iraq

I ‘m finally getting 94 Dollars an hr,….It’s time to take some action and you can join it too.It is ea sy way to get rich.Three weeks from now you will wish you have started today….