On August 27, a Russian Su-24 bomber crashed in the Urals, both pilots ejected.

According to the report of the press office of Russia’s Central Military District, Su-24 bomber crashed 95 km west of the city of Perm, while making a flight to the Aircraft Repair Enterprise for scheduled repairs.the accident resulted in no destruction on the ground, as the aircraft crashed in a forest area.

After the accident, a helicopter of the search and rescue service has been dispatched for evacuation from the crash site.

“The [rescue] team has found the Su-24 crew, their lives are not in danger,” the source said. 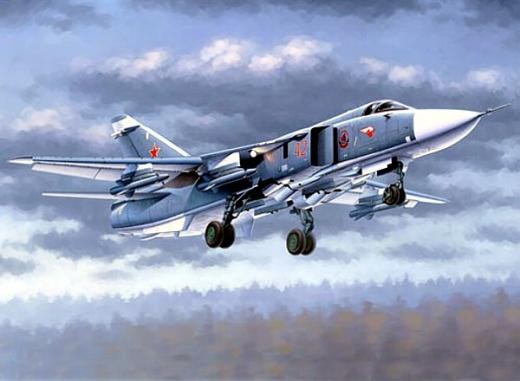 This is the last crash in a series of accidents with Russian aircraft that took place the last month:

At least the crew got out alright. Su-24’s not new, whatever issue requiring repair probably sank it

What the hell is going on?

Anyone
Reply to  Cromwell

I would guess that it’s lack of or bad maintenance.

The jet was en route for maintenance. I guess they pushed it a bit too hard for fun. It happens.

Another Anti-Slav/Russophobe racist. Everyone knows your type are generally displaced Khazars.

This aircraft is as old as me or older. If it were an American aircraft it would be dropping out of the skies constantly.

Worry rather about U.S. and ukropnazi jets crashing left and right. Around 40+ in the past 3 years in total Oy oy… And a few Isisraeli too… Koshernazis won’t be happy…

U.S.lost 40jets and helos in the past 3 years. Eu around 15 Ukraine doesn’t even have working jets anymore. Russian crash rate is well below western tincans.

These crash rates are well below that of the U.S. Would be a mistake to overthink it.

Damn. I missed the salvage party. I could use those parts …