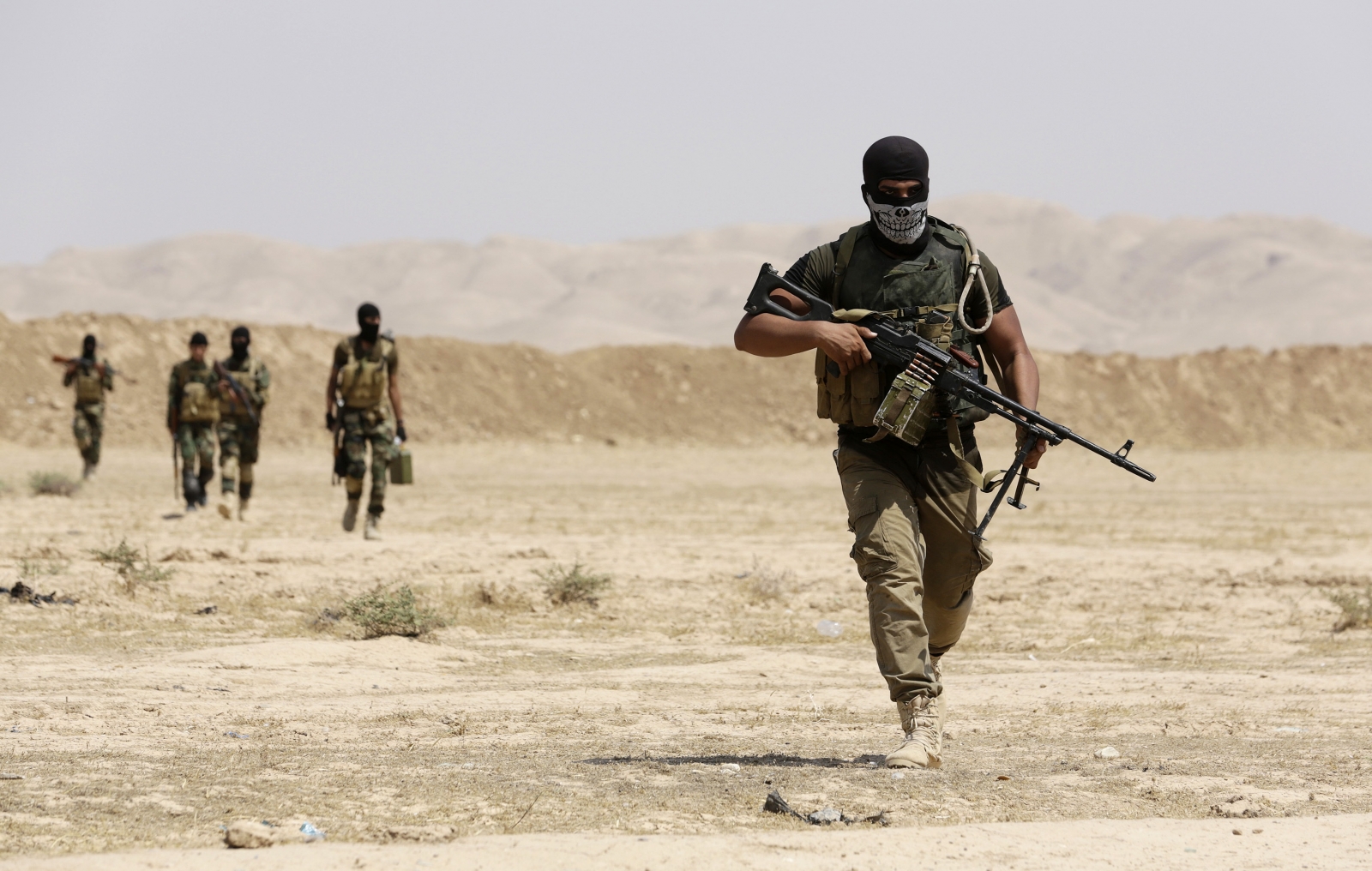 Written by Igor Pejic exclusively for SouthFront; Edited by Yoana

In the last twenty years or so the Kurds of Iraq had played a major role in the shaping of the country’s policy towards the Middle East. There are more than five million Kurds in Iraq and after the US intervention and the toppling of Saddam’s government this ethnic group is actively struggling for their own autonomy amidst the chaos, which is now embodied as Islamic State. In Iraq, the Kurdish population is mostly settled in the northern part of the country in the vicinity of Zagros Mountains. Additionally, they are the largest ethnic group in the world without having their recognized homeland. During the 20th century the Kurds have managed to overcome a great deal of aggression demonstrated by various countries in the Middle East, their bastion of resistance in Iraq is Pashmerga (one who faces death) soldiers of Iraqi Kurdistan. Throughout history Kurdish military organization evolved from a tribal pseudo-military border guard to a well trained and disciplined guerilla force. One of the major reasons for this “evolution” is a strong nationalist movement- from a strictly tribal affiliation, the Kurds accepted a wider national identity. Prominent individuals who led the Kurdish struggle throughout the years were Shaykh Mahmoud Barzanji of Sulaymaniya, Shaykh Said of Palu, and Mulla Mustafa Barzani of Barzan. Important military engagements in the 20th century for the Kurds in Iraq were the Kurdish-Iraqi War 1961-1970, the Second Kurdish-Iraqi War 1974-1975, the Iran-Iraqi War 1980-1988/1989-1990 and the Kurdish Civil War 1995-1998/1998-2003.

Iraqi Kurdistan Regional Guard Forces or Peshmerga has somewhere in between 300,000 and 350,000 soldiers which is under the jurisdiction of Kurdistan Regional Government (KRG) Presidency Council, although two major political parties that have a major influence on this security force which are Kurdistan Democratic Party (KDP) and Patriotic Union of Kurdistan (PUK). The structure of Peshmerga can be divided into five parts/entities along with their subordinate commands. On the KDP side we have Kurdish Regional Government (KRG) Peshmerga Ministry, the Kurdistan Army Command and the Zerivani. On the other side, PUK command includes Ministry of Peshmerga Affairs and the General Command of Kurdistan Peshmerga Forces. Both KDP and PUK retain a significant political influence on the Peshmerga forces, but that influence is on the political level demonstrated through parallel structures. Both of these parties through their institutions control parts of the Peshmerga forces and also retain one significant lever of power and that is the budget. In the PUK area of command the financial funds flow through the Ministry of Peshmerga Affairs to the General Command, and the Kurdistan Regional Government (KRG) Peshmerga Minister has a similar oversight for the KDP Peshmerga. The big difference between PUK and KDP is that the KDP doesn’t have a standing budget. Instead the KRG Finance Minister periodically pulls the funds together that are needed for salaries, fuel, sustainment etc. in order to sustain the KDP part of Peshmerga. This usually leads to problems including erratic payment of salaries.

KDP Peshmerga structure consists of: The Peshmerga Ministry, ten regional or area commanders, four functional commandors, supervised by the Kurdistan Army Command, the Ministry of Interior troops also known as Zerivani. The Peshmerga Ministry has around 500 personnel, who are responsible for overseeing political functions and serving as a connection between KRG and the Iraqi government. Also this institution manages administrative business, health/medical issues, transportation and logistics. Functions of the Peshmerga Ministry can usually overlap with the functions of General Staff of the Kurdistan Army Command which sometimes makes things rather confusing thus it’s not always clear what the Peshmerga Ministry actually does. Another important institution is the Kurdistan Army Command (FLK). FLK is overseen by General Staff consisting of Operations, Administrations and Logistics, Finance, Intelligence, Inspector General and Indoctrination Sections; the chairman is President Barzani. Regional command vary in size and assigned strength, each is based upon the mission assigned to that regional command, local conditions and the area of responsibility of that command. Though the exact strength numbers of the regional commands are unknown, there are two commands which can provide some information. First is Dohuk, responsible for the area of Iraqi-Turkish border which has approximately 10,000 soldiers and Kowa, which is a much smaller regional command with around 1,500 soldiers. Regional commanders are further divided into divisions, brigades and battalions, depending on their size; units assigned to the regional commands are usually light infantry formations. Nominally the KDP units of Pashmerga usually number around 700 personnel but that can differ depending on the situation. Finally, we have Zerivani the last part of KDP Pashmerga, the unit is around 30,000 strong which performs security functions outside urban areas such as on highways, boundaries of KRG, Erbil airport and also provides support for the regular police units. Though the Zerivani is under the jurisdiction of Ministry of Interior and not Peshmerga, most of the troops of this unit are former Peshmerga fighters which have been transferred. It’s likely that there is some kind of working relationship between these two entities.

The training of Peshmerga forces is more or less unclear. The first relatively organized training courses began in the sixties, most of them were low profile because attracting attention of Iraqi government at that time could mean an airstrike on their position or a military raid. Much of the training back then was rather informal, the men who joined various Peshmerga units conducted exercises in order boost their capabilities. Those training exercises were done on the platoon level and were primarily focused on basic weapon training, guerilla tactics, political or motivational training, as well as instruction on proper conduct (civilians and prisoners). During the years, the relations between the Kurds and the Iraqi government changed, in the past few years there have been open talks of conducting joint training exercises and further development. As Peshmerga is divided between KDP and PUK forces, so is the training program. PUK has progressed further than KDP in the training program of troops especially when implementing more complex training exercises for the officers. The PUK part of Peshmerga forces has also demonstrated high interest in canine military training, which was widely supported by the US troops in Iraq, the training program is relatively similar to the American canine military training. Peshmerga also invests resources in their artillery personnel training program, though the officers have relatively high degree of readiness the capabilities of regular soldiers can vary widely. One of the problems which KDP Peshmerga faces are the low capabilities of their engineer units. Establishing engineer units back in 1997, most of the troops were uneducated or had informal education, this problem persisted until 2003 when engineer troops from Iraqi army, who have academic knowledge and training, joined the ranks of Peshmerga. Since 2003 KDP has made significant progress in systemizing their work and training courses, a six-week program has been established which can train around 30 soldiers primarily in the modern techniques of de-mining and equipment. Other training courses for regular Peshmerga units consist of physical training (usually it is an obstacle course), marksmanship (infantry rifles/small arms) and five hours of other training exercises; low budget funds restrict full infantry training like conducting training exercises with rocket launchers etc. Two major training facilities are at the Zhako Academy where KDP Peshmerga forces conduct military training, and Qalachulon facility where PUK Peshmerga forces conduct theirs.

The funding of Peshmerga forces is divided between Kurdistan Regional Government and the Government of Iraq. This separation of expenses between KRG and Baghdad of maintaining the Peshmerga often leads to quarrel and disagreements among these two entities. Though the KRG is entitled to 17% of the federal budget Baghdad often interprets this as a mean to push all the funding to the KRG side. On the other hand Peshmerga is considered a regional security force of Iraq as well, though it is under the jurisdiction of Kurdish autonomy, it still has obligations towards the government in Baghdad hence Baghdad has obligations towards Peshmerga and their funding. During the years there have been talks that the Kurdish security forces should lower their numbers but then the other problems occur, for example what should all those former soldiers do? Clearly there is not enough work in the country and removing a soldier off duty and their work can lead to some unwanted consequences (many former Iraqi soldiers turned to criminal organizations or terrorist organizations in lack of regular paying jobs). One of the most important things that KRG is trying to achieve with their negotiation with the Baghdad are the pensions for their veterans and early retired servicemen. Since the rise of Islamic State in Iraq and renewed engagement of the US forces in this country there are clear indications that the US government not only supports the Kurdish fight with the equipment, weapons and instructors but also financially which can prove a great deal of help.

Peshmerga weaponry is mostly limited due to restrictions of Iraqi government and the lack of sovereignty of the Kurdistan region. Frequent disputed between KRG and the government in Baghdad practically made arms trade nonexistent, mostly because of the fears of Kurdish independence.  Most of the weapons and military equipment which Peshmerga acquired is based upon post 2003 period and the US intervention in Iraq, in other words most of their weapons are captured from the former Iraqi Army. Before that period some of the weapons were captured during 1991 and in the last couple of years Peshmerga had relatively successive raid on Islamic State positions in Iraq and managed to capture allot of their military equipment as well. Also with the rise of Islamic State and their progress in Iraq some of the countries decided to send some more sophisticated military equipment to the Peshmerga forces such are night goggles, modern light infantry fire arms etc.

List of some weapons and armament used by Peshmerga forces