Even prior to the Brexit vote, the EU did not share the Ukraine’s desire to join the bloc and now can finally put this issue on the back burner. Meanwhile, desire to join the EU have become a cornerstone of the policy of the Kiev’s current government; and the weakening of the European Union may be detrimental to both the country’s pro-European course and the legitimacy of its government. 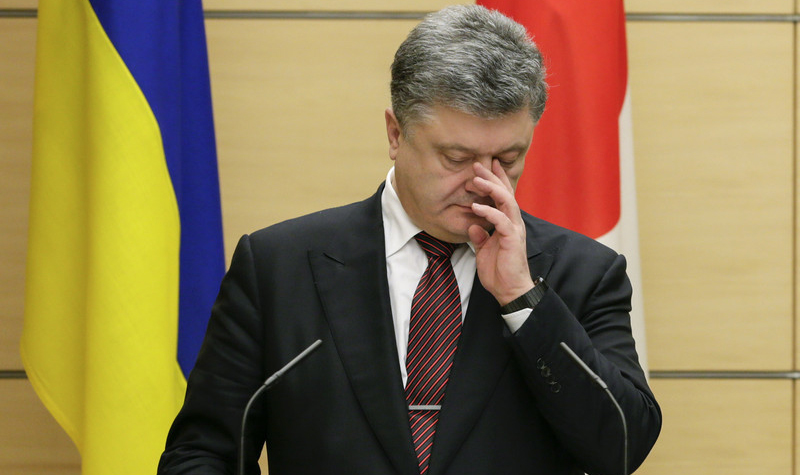 After the Brexit referendum (the UK referendum on secession from the EU), which was held in June 2016, the EU activities would be focused on domestic issues. This means that joint projects of the EU and Ukraine would be put on the back burner that could disserve the economic and political situation in the country, the Stratfor geopolitical intelligence firm reported.

Stratfor’s analysts are confident that the Ukrainian authorities would lose the support of the European states, and the “European future” of Ukraine is in question because of the uncertainty, which the Brexit has brought to the EU.

“In the years since the Euromaidan uprising, political and economic integration with the European Union have become a cornerstone of the administration led by Ukrainian President Petro Poroshenko and Prime Minister Volodymyr Groysman,” Stratfor’s specialists reminded.

From the economic point of view, the Brexit could also have serious consequences for Ukraine. The UK is the second largest economy in the EU, which accounted for more than 40% of Ukraine’s exports in 2015.

“Though the United Kingdom itself is only Ukraine’s 11th-largest trade partner, bilateral trade between the two countries still exceeded $2 billion last year,” Stratfor’s analysts noted. And after the UK’s withdrawal from the EU, the country will have nothing to do with the agreement on the EU-Ukraine association.

Moreover, Stratfor’s experts believe that the UK’s exit from the EU would accelerate the EU’s fragmentation; and Britain was one of the countries that supported sanctions against Russia.

“There is a real possibility, however, that sanctions will be eased or lifted at the next vote in early 2017,” Stratfor’s analysts said.

However, the Ukrainian authorities continue to hope that the EU is still waiting their country as its member. But “this is likely wishful thinking on the part of the Ukrainian government.”

“Prior to the Brexit vote, the European Union was wary of accepting new bids for membership, thanks to the economic and refugee crises plaguing the bloc. In early June, it postponed granting Ukrainian citizens visa-free travel privileges.”

On the other hand, the authors of the article assume that instead of precipitating the bloc’s decline, the Brexit could make the EU’s work more effective. And regardless of its enduring financial and economic problems, the EU still represents a brighter and more prosperous future for many Ukrainians. Moreover, the prospect of integration with the EU has been a driving force behind the Ukrainian government’s efforts at political and economic reform. If the Brexit leads to the EU’s weakening, Ukraine could stray from its course. Though the country is unlikely to return to a strategic alliance with Russia, without a viable counterweight to Moscow’s influence, the political pressure on Kiev would rise, leaving Ukraine increasingly vulnerable, the Stratfor’s experts said.

The breaking up of the evil-commie-EU is good for everybody! The whole world benefits, especially the indigenous inhabitants of this microcontinent-Europe.

With the EU losing one of its chief wealthy contributors, it now has to think about what it’s doing in regards to spending money to keep former Soviet republics from sinking out of their reach.

Ukraine was never really going to get all the goodies as it is looked down upon by the ‘good’ folks in Berlin, Brussels, and Paris, really. ♡

The ukies have been had from the get go… *slow clap*