The COVID-19 outbreak has led to some curious changes in relations between the countries. For example, Russia is now sending medical aid to the United States.

Russia sent a plane with medical equipment to the United States amid the pandemic of COVID-19, US President Donald Trump told reporters on March 30th.

“I have to say, we’ve had great relationships with a lot of countries. China sent us some stuff,” he told reporters during a briefing at the White House. “Russia sent us a very, very large plane load of things. Medical equipment. Very nice.”

He did not go into further details about Russia’s aid.

“Other countries sent us things that I was very surprised at, very happy surprised,” the US leader continued.

The fact that Moscow helps Washington in the situation with the coronavirus became known the day before.

The leaders of the two countries talked on the phone and noted the importance of international cooperation in a pandemic.

“The two presidents expressed serious concern over the scale of the spread of the coronavirus in the world and informed each other about measures taken in Russia and the United States to counter this threat. Opportunities for closer cooperation between the two countries on this problem were discussed.

They also exchanged views on the current state of the global oil market and agreed that Russian and American energy ministers should hold consultations on this topic.

On March 31, the Kremlin’s spokesperson Dmitry Peskov, announced that a Russian plane with medical aid will soon depart to the United States (indicating that there could be 2 planes: 1st – delivered before March 30, 2nd – delivered after March 31). He hoped the United States might also be able to provide medical help to Russia if necessary when the time came.

“It is important to note that when offering assistance to US colleagues, the president (Putin) assumes that when US manufacturers of medical equipment and materials gain momentum, they will also be able to reciprocate if necessary,” Peskov was cited as saying.

Peskov, who noted difficulties expediting the aid to the United States thrown up by some US officials, was quoted as saying that Russia and China cooperated in a similar way because “at a time when the current situation affects everyone without exception … there is no alternative to working together in a spirit of partnership and mutual assistance”.

The Russian Aerospace Forces’ An-124-100 Ruslan set off for the United States included medical masks and medical equipment.

To add to the global anxiety regarding COVID-19, the World Health Organization has ceased to publish information on the number of people who have recovered from the infection around the world, because not all countries provide it, WHO official spokesman Tarik Yazarevich explained.

“With regard to cases of recovery outside of China, we do not have single data from various sources about how many officially confirmed cases of recovery from COVID-19, because not all countries systematically report these data to us. In many countries, people have not yet a chance to get better, so as the situation develops, we may have new data,” he said.

Yazarevich reminded that COVID-19 is a new disease, therefore it is necessary to obtain more epidemiological information on how the immunity to the virus is generated and how it can be determined that the patient has fully recovered.

According to WHO recommendations, a patient can be discharged from the hospital after conducting two negative tests at least 24 hours apart. Italy is 2nd, and the numbers of recorded cases appear to be gradually going down, with fatalities remaining relatively high, meaning that the peak might be drawing much closer, as initially expected.

Spain is likely to overtake Italy in the total number of cases in just a matter of days, while also recording high numbers of fatalities, but also high numbers of recoveries.

Russia sits at 2,337 cases, and 17 fatalities, having recorded 501 new cases on March 31st, and it might appear that the measures undertaken may be justified, but time will tell.

Regardless, Moscow is providing assistance to Italy, the US, and Serbia asked for help, as well. Potentially after the COVID-19 hysteria passes, a large-scale media campaign will be required to switch the narrative to the US, or the collective “West” having dealt with the pandemic, and find out ways to accuse Russia and China of stoking it further.

“Covid-19’s meant to be a new Black Death, but in Britain no more people are dying than NORMAL. What does this say about the virus?”

– Covid-19’s meant to be a new Black Death, but in Britain no more people are dying than NORMAL. What does this say about the virus? –

It has been accurately diagnosed as Pompeovirus.

Oy gevalt, shut it down you wacist…

What are they trying to hide, behind it all?

Good question. I’m looking at the Infowars stuff. Jones has been talking about a bioweapon attack for years. Judging from the Russian behavior they’re prepping for one. Even if this one doesn’t justify the response.

Jones turns a blind eye to Jew crime and evil and is a Zionist shill who was married to a Jew. But some of his source material looks credible. So I’ve started studying it. I think that he’s a blame shifter running a diversion opperation for the Jews. But there may also be truth to his research that helps explain what’s going on. Even if he is trying to divert attention from the real perps.

Cheers, isn’t he controlled disinformation, but, they also have to drop a few gems, to hold onto their audience?

Americunts are shameless ungrateful beggars, like the Jew York squeegee window washers who spit on your windshield after taking your money. The mean, evil and nasty Americunts are now making their millions of poor homeless sleep on the streets without even a cardboard box. What a bunch of nasty arseholes. 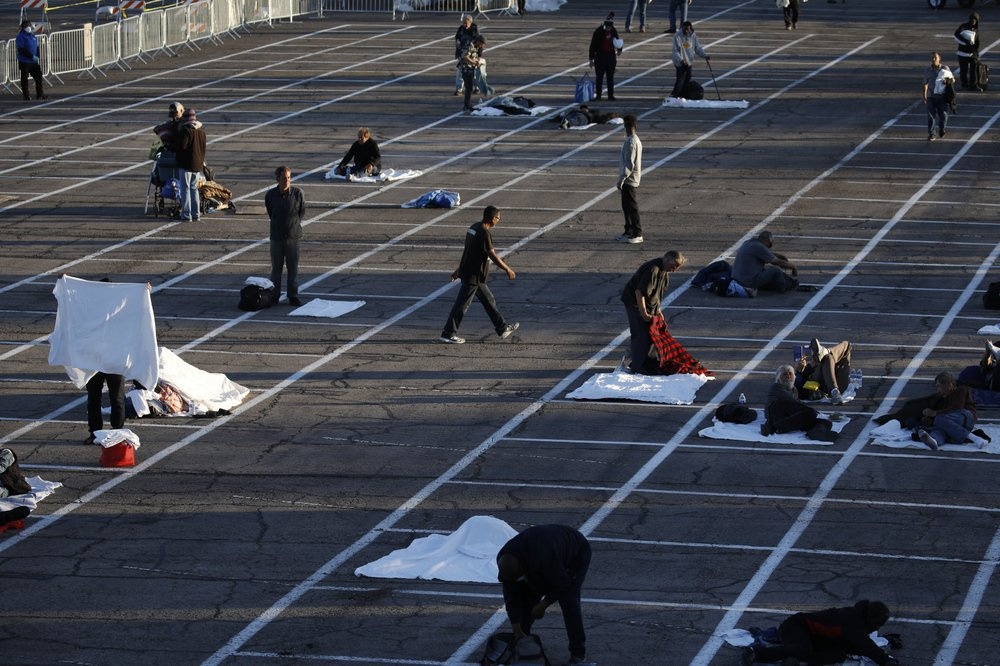 Poor people in US are worse than in India as there is no family support system or culture. Just law of the jungle and Darwinian society for the rich.

Darwinian U$A is a violent bloody hellhole with hundreds of mass-murders every year and is more savage than Iraq, Yemen, Afghanistan and Somalia combined! Contemptuous U$A lectures the world about human rights yet 40 million Americans live in poverty and are on food stamps which is (larger than the whole population of Venezuela)! 15 million American children reside in xtreme poverty, 28 million Americans live without health insurance, with widespread urban decay and yards filled with sewage. Moreover, the turbulent U$A has rampant levels of crime, extreme violence, very high suicides, has the largest prison population on earth and hundreds of thousands are dying each year from suicides, homicides, opioid epidemic, mass-murder, abuse and police brutality!

“Even Ferguson has admitted that two-thirds of those who would die without suppression policies could be dead by the end of the year anyway.”

– The expert behind the Covid-19 shutdown was wrong on CJD and foot-and-mouth, and is probably wrong again now. But he’s not alone –

As we know due to its corrupt capitalist system and hubris US was the most unprepared and now it has to beg globally. Shameful.

AM Hants
Reply to  JustPassingThrough

Trump trying to be nice to Russia, owing to the Russian game of chess, where the US got check mate, when Russia said no to the demands of OPEC.

When China and Russia happily turned their backs on the $US and Corona Virus launched a world tour.

I told you so…
Russia is sending aid.

Whilst we enjoy their show.

King of the North.
Protector of Mankind.

US sends out begging letter, asking for help from anybody but Russia. Master troll President Putin, asks Trump if he needs some aid. Then sends transporter plane, loaded with aid to US.

No doubt, US private hospitals will charge the patients for free aid.

Hopefully, people will understand the gift of aid. They may not remember the $12 million ‘tear of grief’ memorial, that the people of Russia sent the people of the US, following 9/12. The memorial sent from Russia, to show friendship, sorrow, sympathy, compassion, grief and comfort. However there are many who do remember the memorial and will remember the aid, Russia happily sent. Whilst Washington DC and the media mocked. Whilst doing nothing, themselves, to help the people of America.

Well done Russia, for once again supporting the little people. Showing you care.

christianblood
Reply to  AM Hants

Down with Pompeovirus! Long Live Russia!

Wow, he is so proud of his core values.

Reminds me of a Pelosi speech, recently shown. Where she stated they start telling a lie, till the media picks up on it, then quoting the media, as the lie gains momentum. Forget the term she used.

Russian planes in Italy and now also in the U.S, what an embarrassment.
Western countries are going to be begging Russia for more help in the future, when all sorts of supplies get stripped off their shelves due to hyperinflation and a worthless currency.
U.S dollar going down, down and down for the count.

Russia is sending humanitarian aid to an adversary while the US with Iran piles on more sanctions.