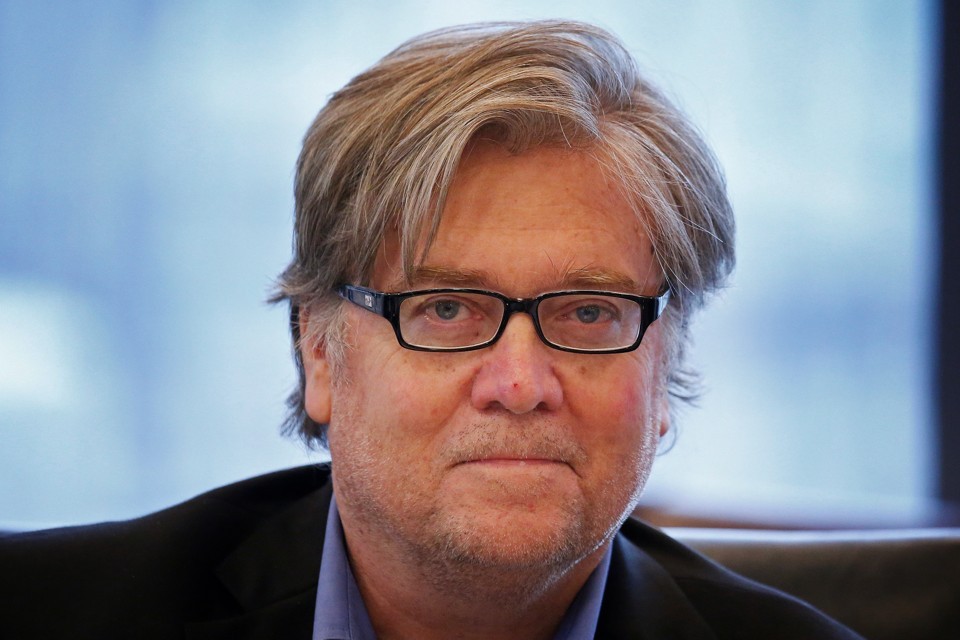 Update: as we apended in an earlier post, asked if the NSC move was a demotion for Bannon, Pence said “not for Steve, not for Ton. These are very highly valued members of our administration. They’re going to continue to play important policy roles. But I think with H.R. McMaster’s addition as our National Security Advisor – a man of extraordinary background in the military – this is just a natural evolution to ensure the National Security Council is organized in a way that best serves the president in resolving and making those difficult decisions,” Pence said.

That, however, conflicts with what the NYT reported this evening, when the newspaper (as usual relying on “a White House official who, like others, insisted on anonymity to discuss internal deliberations”) said that “Bannon resisted the move, even threatening at one point to quit if it went forward… Bannon’s camp denied that he had threatened to resign and spent the day spreading the word that the shift was a natural evolution, not a signal of any diminution of his outsize influence.”

His allies said privately that Mr. Bannon had been put on the principals committee to keep an eye on Mr. Trump’s first national security adviser, Michael T. Flynn, a retired three-star general who lasted just 24 days before being forced out for misleading Vice President Mike Pence and other White House officials about what he had discussed with Russia’s ambassador. With Mr. Flynn gone, these allies said, there was no need for Mr. Bannon to remain, but they noted that he had kept his security clearance.

Of course, the whether the NYT report is trustworthy is just as pertinent.

In what the biggest shake-up at the White House since Mike Flynn resigned in February, moments ago Bloomberg reported that President Trump has reorganized his National Security Council on Wednesday, removing his chief strategist, Stephen Bannon as well as downgrading the role of his Homeland Security Adviser, Tom Bossert, while elevating national intelligence director, Dan Coats, and the chairman of the Joint Chiefs of Staff, Marine Corps General Joseph Dunford, who will again be “regular attendees” of the NSC’s principals committee. 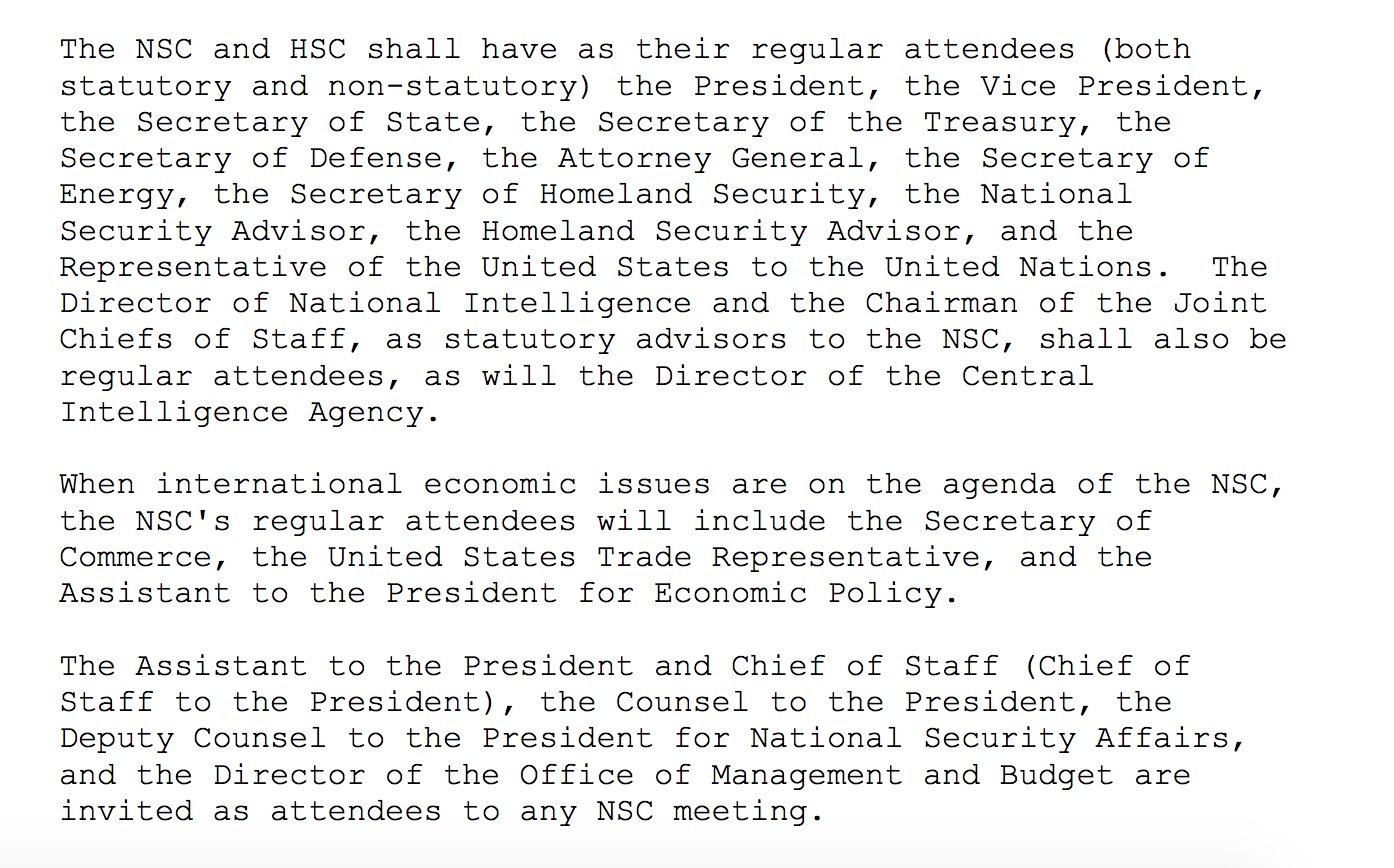 According to Reuters, Bannon’s removal from the NSC was seen as a boost to national security adviser H.R. McMaster, who officials said has struggled to work together with Bannon.

McMASTER has made it clear inside WH that he wants NSC to be non-political, especially as he crafts NSC strategy for admin…

Wednesday’s change means Mr. Bannon is no longer part of the NSC. He is still permitted to attend such meetings but won’t automatically be invited to each one. The WSJ adds that “the decision to boot Bannon was made by Trump’s new national security adviser, Lt. Gen. H.R. McMaster” while another senior administration official said Mr. Trump “signed off on all the changes.” Bannon said in a statement: “Susan Rice operationalized the NSC during the last administration. I was put on to ensure that it was de-operationalized. General McMaster has returned the NSC to its proper function.” 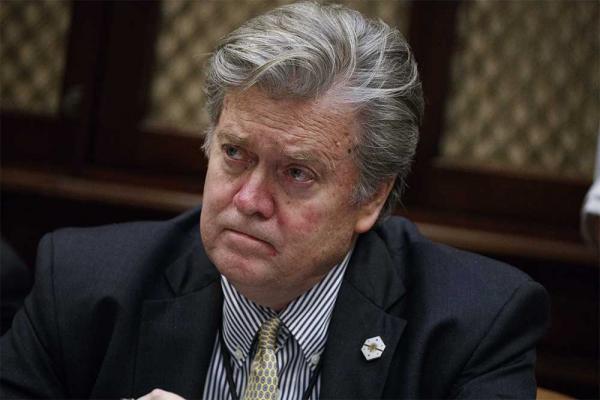 Additionally, the Joint Chiefs chairman and intelligence director are having their roles on the principals committee restored, the report said. Bloomberg adds that Susan Rice’s successor, National Security Adviser H.R. McMaster, was given responsibility for setting the agenda for meetings of the NSC or the Homeland Security Council, and was authorized to delegate that authority to Bossert, at his discretion, according to the filing.

The Trump administration has changed the makeup of the National Security Council Principals Committee. Here are the differences. pic.twitter.com/52aAlqmNOO — Tamara Keith (@tamarakeithNPR) April 5, 2017

A White House official said that Bannon was placed on the committee in part to monitor Trump’s first national security adviser, Michael Flynn, and attended just one meeting. He’s no longer needed with McMaster in charge of the council, the official said.

“Steve was put there as a check on [Mike] Flynn,” a second official told the WSJ, referring to the former national security adviser who was forced to resign in February over undisclosed contacts with Russia. With Gen. McMaster now in charge, “there was no longer a need [for Bannon] because they share the same views,” the official said. “The idea initially was to make sure Flynn implemented the vision they had talked about,” the official said.

Said otherwise, perhaps Bannon – and Trump – simply saw no need him being on the committee any longer with Flynn gone; alternatively this could merely be spin.

As a reminder, back in January, in the first of many unexpected shakeups, Bannon was elevated to a position on the NSC principals committee. The move drew criticism from some members of Congress and Washington’s foreign policy establishment. Republicans and Democrats questioned whether Mr. Bannon’s addition would politicize the White House’s national-security decisions.

The WSJ adds that White House officials had said if Mr. McMaster wanted to change Mr. Bannon’s status, he had the authority to do so. The senior administration official said Mr. Bannon had worked with Mr. McMaster to implement changes in the NSC, and now that they were well underway, he could step aside.

The regulatory filing showing all the changes at the NSC is presented below: