The Steam store has removed the Syrian Warfare game due to a complaint about alleged copyright infringement. 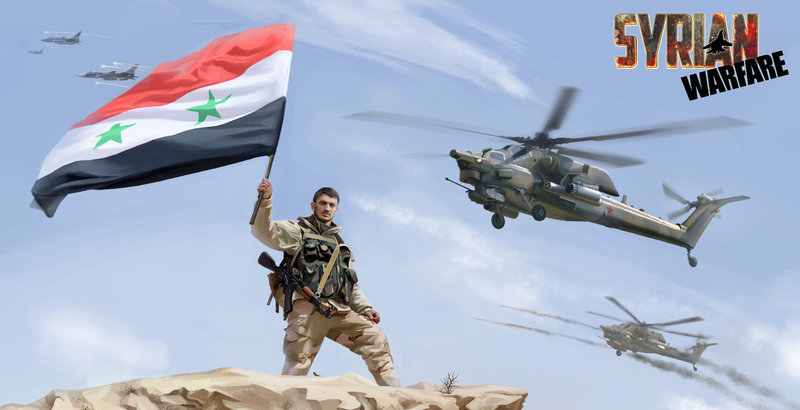 The Steam service of digital distribution of PC games and programs has removed from its store a newly released Russian wargame, dedicated the Syrian civil war and participation of the Russian Armed Forces in it. Reportedly, the reason for such a move was a complaint about alleged copyright infringement.

The game, named Syrian Warfare and developed by the Cats Who Play project, was released on February 24. During a week, when the game was on sale, it managed to get very good reviews from gamers. However, on the night of March 1, Syrian Warfare was removed from the Steam store without any warning.

According to representatives of Cats Who Play, they only got a letter, notifying about a removal of the game from the store, as “it received a complaint on violation of the copyright of the original Warfare game of the GFi company.” Reportedly, the complaint was filed by an unknown person, living in the Czech Republic, who used an e-mail box, created on a common access resource.

Representatives of the Cats Who Play project noted that they could not contact the GFi company and get any comments. Developers of Syrian Warfare stressed that GFi representatives were initially aware of the game’s development. “In fact, we addressed them with a proposal to buy resources of the original Warfare in order to save time on the development, however, our proposal did not elicit response,” a statement of Cats Who Play, published on one of the social networks, reads.

The Cats Who Play project is not sure that the GFi company is behind the complaint and still hopes to get comments from it. Project’s representatives claim that they did not use any resources of the original game and, if necessary, are ready to submit to the court their initial resources, graphics, textures and initial code for comparison with the resources that belong to GFi.

“By now, we have prepared and sent a letter to the Valve company, in which we assured it that we guarantee the purity of our data, and we are ready to defend our case in a court of any jurisdiction,” the statement added.

At the same time, representatives of the Cats Who Play project also noted that if an access to the market is really closed for the game, Syrian Warfare will be put in free access, as it is not just a game for its developers, but also a “fundamental civil position.”

Some people have already suggested that real reasons of the game’s removal are negative reviews on its political content, according to which the Russian Armed Forces and the Syrian regime are positive heroes, who are fighting against the Islamic State (IS) terrorist group, Al-Qaeda, other militant groups and their sponsors in this war.  Did Steam store really remove the Syrian Warfare game due to the fact that it is too ‘pro-Russian’?

My money is on removed because somebody cried copyrights infringement, just like youtube does all the time. As far as these companies are concerned it’s better to remove as soon as somebody complains, doesn’t matter who, as the person who’s video or game you removed is less like to start a lawsuit then the complainer. Occam’s Razor, always pick the simplest plausible solution.

With Steam, if the claimant as a legitimate complaint, then immediately removing the game prevents illegal sales. It makes sense from all points of view.

The downside being that if the claimant does not have a legitimate complaint, then the game being down prevents legal sales.

Now, who the … is GFi company ? (just paraphrasing Somkie) Do I need a croppylight for this too ?

FYI, GFI is the company which originally developed the Warfare sequel, I don’t know the exact relation behind GFI and Cats Who Play, but they do have if not completely identical development team. Syrian warfare is claimed to be a spiritual sequel to the original Warfare using almost the same game mechanism. That being said, I don’t think there is ever a copyright issue with the original Warfare, and Syrian Warfare is an excellent game which deserves better.

Looks kinda cool actually, I assume it’s an RTS type game but without the tedious economic-management and base building. Reminds me of Close Combat V.

Or Wargame and any of the Total War games.

I knew it… they are so afraid of this little game, afraid of any different opinion, afraid of the truth, so the truth must be destroyed by any means available (and the best way is to damage their reputation first). Just as they are purging SF from Wikipedia…. SHUT IT DOWN!

I doubt it has been removed by Valve because of the content, its much more likely somebody found a way to get it removed with legal schemes. For having played the game, there’s nothing to be troubled about in the content and its a nice little strategy game.

Unless the company/person filing the claim is the owner of the Warfare original game rights, it will probably be back online really soon. If GFI Russia is behind it, it could be problems for Cats Who Play as the game is clearly a clone from the original Warfare.

How can I get the game?

You can buy it now on Steam

The game is laid out how it is, the SAA, and Russia ARE the hero’s. But then 1 complaint comes, and it’s yanked ? What a bunch of pussies ! Game the truth, and you’ll be censored…

So being too pro American is okay but not Russian how pathetic!

its still there on steam, i just bought it and going to download it

wait i just released that this thread is a year old , oh well now you know its back online