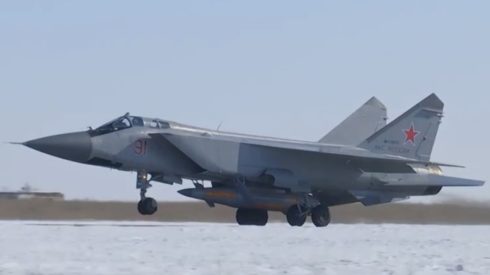 The Federal Security Service (FSB) has initiated an investigation in Russia’s Central Research Institute of Machine-Building (TsNIImash; a subsidiary of Roscosmos). The reason of the probe is the supposed leak of information to Western intelligence agencies concerning Russian research into hypersonic technologies.

Russia’s State Space Corporation Roscosmos has set up a commission which will start work in the week of Monday, July 23rd. It will probe the activity of the Central Research Institute of Machine-Building (TsNIImash), announced by Roscosmos Spokesman Vladimir Ustimenko and reported by TASS.

The Roscosmos press office reports that the company CEO Dmitry Rogozin has been informed and has been given instructions to offer full assistance to the investigators.

The Russian business daily Kommersant reported that TsNIImash staff offices were searched by an investigation team from the Federal Security Service. Furthermore, the team has searched the office of Director of the Roscosmos Research and Analytical Center Dmitry Paison. TASS reported that according to the newspaper an investigation was carried out as part of the criminal proceedings instituted on charges of high treason under the Russian Criminal Code. Approximately 10 employees working in the space industry are under investigation for collaboration with Western intelligence services.

Ustimenko also confirmed to TASS that Paison has submitted his resignation and is on leave until August, after which he will officially leave his post. He also specified that the Director was a witness in the high treason case.

The newspaper further claims that the Federal Security Services have concluded that Western agencies have received information on the results of Russian space industry’s “top secret” work on hypersonic technologies.

Ustimenko, the spokesperson said “”An instruction has been issued to form a commission to scrutinize the TsNIImash’s activity. An inspection will be carried out. After that, the corresponding conclusions will be made. The commission will start its work shortly this week.” However, a timeframe for the commission’s work was not specified.

TASS reports that Member of the Moscow Public Monitoring Commission Yevgeny Yenikeyev earlier said that a Moscow court had authorized the arrest of TsNIImash’s 74-year-old employee Viktor Kudryavtsev accused of high treason. The court which authorized the arrest was not specified. Utsimenko, himself, confirmed the arrest of the scientist, however he provided no additional information. TsNIImash refuses any comments as reported by TASS.

The commission, led by Roscosmos Deputy CEO Sergei Dyomin, was formed after some members of Roscosmos’s central research institute were accused of leaking state secrets to Western intelligence services.

An undisclosed source in the Russian space industry told TASS that the searches were being conducted in the TsNIImash Endurance Center.

Furthermore, investigators do not suspect the current CEO of TsNIImash, due to the high treason case’s relation to the 2013 events, while he came into position in 2015, TASS reported.

Early July 23rd, Roscosmos, according to TASS, announced that the high treason case and searches in TsNIImash and the state space corporation were related to 2013 events. The announcement also said that there are no questions regarding other periods of activity.

An undisclosed source told Interfax “first signals on possible unlawful activities at TsNIImash appeared in the first half of 2013, and this is when law enforcement agencies turned their attention to the institute.” He also continued “At the same time, the documents seized date to the last quarter of 2013.” This is coherent with the Roscosmos statement of July 23rd saying that the investigators are probing events that date up to 2013.

US and Britain create situation through Israel in which Russia and many other countries easily trap and surrender to US and Britain.

Why Adolf Hitler had become enemy of Jews because of this US and British secret project. The Germany all secretes about classified weapons research were transferred to US and Britain through Jew workers.

a little more complicated, but yes the jews are at the epicenter of global domination and its agenda of a one world government with jerusalem as its capital under jewish satanic leadership.

Isn’t this out of date the moment it appears on SF. Russian Vesti has already announced that an arrest was made. Now it’ll be all good fun to speculate about the … ethnicity … of the culprit, but isn’t the bigger issue that time and again, Russian state security seems to be lacking, perhaps being distracted by the imperatives of domestic political control (see also: USA). Whether with the Skripal affair, Rusal sanctions, or the Armenian putsch, the Kremlin always seems to be on the back foot, worrying “Where are they going to hit us next?”

I would say secret weapons would be part of their crown-jewels, thus they would protect them as much as possible. They don’t have to worry about the West’s slander, all Russia does it put it back on them to produce evidence, which trips them up every time.

The US trying to steal technology, so it can keep up with the free world.

They make a habit of it.

It is probably Russian 5th column Jews, working for Israel, that are behind this. They did the same thing to the US 70 years ago.

Where there is Jew worker so then definitely they will steal and transfer classified weapon research data.

Where ever there is zionist jews,then expect big trouble.They are traitors to every country that they settled in.And only loyal to themselves are their satanic Talmudic creed.

Zionist Jews would have been powerless but for the Zionist CHRISTIANS of the creator British Empire and enablor American Empire!

If true (which it seems to be), surely the content of those documents, if they did contain information on hyper-sonic missiles as stated yesterday, is not as worrying would be more related to concepts as opposed to detailed designs. I am not trying to lower the seriousness of the leaks, treachery, but yesterday I was greatly concerned that any advantage Russia had gained would have totally been lost.

I am also surprised about the alleged traitors ages; that seems strange to me.

Quite the opposite. Only recently Russians regained their nationalism and dignity over incessant russophobe screeching in the west.

I never touched on that at all, but fair play.

It sounds like the FSB screens for any particular leakage, which I imagine is electronic. So it could be tidbits of information they have snuck out as anonymously as possible, but at the same time, the FSB has been watching and waiting to catch the right culprit. I doubt the suspect would have been so bold as to smuggle out too much information, they surely would have known they would be caught otherwise.

I can not find anywhere where it says it was shot down, let’s hope it wasn’t.

Hail Caesar
Reply to  You can call me Al

You can call me Al
Reply to  Hail Caesar

I know that, I was backing up potcrackers breaking news.

But Israel is attempting to rewrite maps much farther beyond even it’s ‘mandated’ borders. And the US Empire/government seems in full support. Zionist Israel could not even try without the Evil Empire at their backs.

It was and they think pilot died in crash.

You can call me Al
Reply to  georgeking

Yes I heard. A bloody disgrace again undertaken by the hooked nosed vermin.

If there are spy’s inside Russia’s hypersonic program, it is probably 5th column Russian Jews. That is the way they have historically operated against the US. Why would Russia not turn their attention to this 5th column at the very first suspicion of a breach of security?

Insofar as Russian State Security Services appear to be ‘on’ to the theft for a few years, I suspect that Russia has ensured that glitches were embedded in any information thieved from them so that when western weapons scientists attempt to recreate whatever it is the technology refers to, hypersonic missiles or otherwise, they will come up with a self-exploding projectile unloading back on to whatever misfortune happens to fire the Missiles.

Maybe that is why the US hypersonic program has has a long line of dud tests?

Makes sense to me!!

Whats the bet that the 10 scientists under investigation are all Jews?

Wonder if they feed US real or fake data?