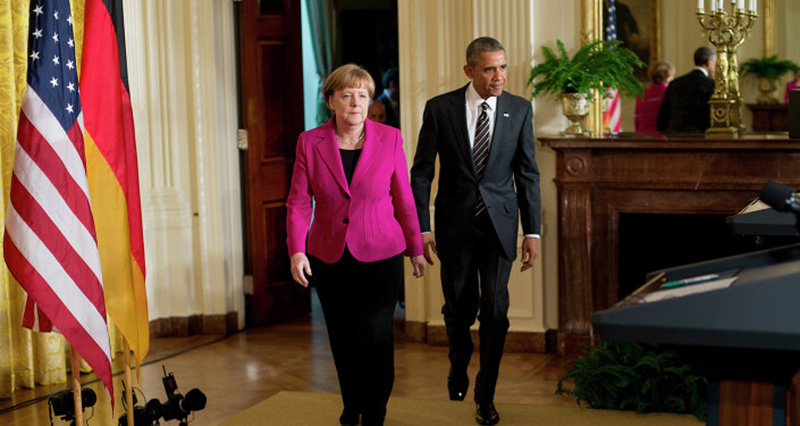 The initiators of the Transatlantic Agreement on free trade and investment (Transatlantic Trade and Investment Partnership – TTIP), which during the last year seriously worked on it have already prepared the public that it will be signed as early as this autumn. Implementation of this agreement promises to change the situation in the world economy and will feel the consequences in the whole system of international relations.

Project development TTIP is led by a secret Management Trade Representative and the European Commission of the EU, but it looks more like a conspiracy rather than a discussion on the principles of free trade. The general public must for now get satisfied only with short and not very comprehensible statements by the “empowered authority”, or by leaked information to the media. On the European commission´s website can be found the scant details about the planned agreement which was released in February 2015.

That´s why media platforms which are controlled by transnational corporations are trying to convince the public, as in a fairy tale by Charles Perrault, that the American gray wolf which is sneaking into a European bed is not a wolf, but a good grandmother. The public is persistently asking questions “why are your teeth so big, Grandma,” and does not show too much mood to believe the claims that this whole farce is played that Europe would have benefit. In Europe there is currently no other subject that would be played as such an information tense game and that it would be so densely covered with a curtain of disinformation.

From the very first moment since TTIP project started it has passed over three years now and during that time a lot of the secret information leaked out in the public, so the real image of it is slowly getting a stronger outer lines. On transatlantic free trade zone will go 46% of the world GDP. It is claimed that this agreement is preparing to eliminate “duties and restrictions on services and provide easy access to open markets and to facilitate the investments.”

The European Union’s future agreements to open wider access to US markets for government purchases, will keep a ban on imports of genetically modified organisms (GMOs) and beef fed with hormones, as well as recognition of geographical trade marks for food products. With TTIP the United States promises to American farm products easier to arrive in Europe, the export of cars is supposed to be Non-tariff and that in some industries it will still not be possible to use foreign contractors, for example in shipbuilding.

However, such a laconic presentation of the TTIP content had been violated by leaking information from Brussels in March 2014, when the German newspaper “Die Zeit” published seven heads of the agreement, which were obtained secretly and from which it followed, for example; that the Article 14 of the future document contains the points that governments prohibit “nationalization or expropriation, provided that it is not necessary for social benefit within the applicable legal procedures, on the non-discriminatory basis, with payment of compensation. It is provided to directly limit the economic national sovereignty.

And if the leader of any country decided to nationalize, immediately the Article 14 (2) is put to determinate the compensation at “fair market value … plus interest on commercial basis as determined on the basis of market conditions.” To say – just do not nationalize!

But that’s not all. It has also been made a so called prescript on the regulation of disputes between the investors and the state in which it is provided to further narrow the sphere of competence of the state in the economy. In December 2013, more than 200 environmentalists, union workers and public organizations for the protection of consumers on both sides of the Atlantic have sent a letter to USTR – Administration US Trade Representative and the European Commission with the request that these regulations are excluded from the trade negotiations because it is a “one-way street thanks where the corporation can throw the challenge the government’s policies, but so that neither the government nor private owners do not receive the same rights so that they could hold accountable the corporation. ”

With extensive analytical material against the Treaty stepped forward a head of the organization “Global Justice – today,” Nick Deren. He said that “the agreement works in secrecy and that in this process there is hundreds of lobbyists from transnational corporations. They seek to destroy democratic norms of regulations and to form a parallel operation system in the country in order to force the state to be accountable for corporations and not vice versa. ”

And a professor of international law at the University of Helsinki Marti Koskeniemi also notes the fact that SMA protection of foreign capital which is planned in the agreement threatens the sovereignty of the countries that have signed the treaty and which are so authorized by a small circle of lawyers from foreign arbitration courts have authority without wealth in the interpretation and the cancellation of legislative documents of signatory countries.

No less discriminatory are the regulations relating to the financial operations of national states. So TTIP restrict the right of governments to legislate in the field of regulation and management of insurance and banking.

Dean Baker, director of the Center for Economic and Policy Research (CEPR) says: “The proposal that the main objective of the pact is considered free trade represents a huge proportion of disinformation. Trade barriers between the EU and the US are already so minimal, and the document is probably intended to introduce regulations that limit the ability of national and local authorities to establish standards relating to safety, health, environment and consumers rights.

The main winner of the Transatlantic Agreement will be American corporations, thanks to a lower purchase price of the product they may begin a massive assault on the EU market which has lost protection and it is so completely subjugated itself. At the beginning of 2015. “The economic news of Germany” published copies of the American economist Geronimo Capaldi about the consequences of TTIP for the European Union. According to him the agreement will in the first ten years lead to huge losses of European net exports. This will result in a reduction in salaries. France will lose the most, the annual 5,500 euros per employee, Northern Europe 4,800 euros, 4,200 euros United Kingdom, Germany 3,400 euros. EU will miss a total of 600,000 jobs and a lot of small rural households, but there will also be an increase in the deficit in the state budget.

The negative impact of TTIP in Europe will not be felt only in the economy. The influential German journalist Jens Jensen talks about the consequences of the Treaty in the sphere of culture.
“Let’s imagine that the American producer who comes to the European market of a particular German or French film. Under the terms of TTIP he may require the same kind of subsidies as German and French film company. Or to require that all subsidies are abolished. So the idea of stimulating European film that is competing with Hollywood will be crossed out and will survive only by the state aid. German movie will instantly die … The parliaments of all European countries who took the decision to support the development of their own national film industries and democratically adopted decisions will be liquidated by signing TTIP. ”

The same thing will happen, in the opinion of Jansen, with theater, symphony orchestras, community television studios and radio stations, and with publishing.

Even the high schools will be targeted, because TTIP provides that public universities should no longer receive money from the state. They must also become more expensive as much as they are private.

Preparation of the project agreements is at the end and they still do not allow the European public to get to know what this agreement is really all about. However, the European public is not silent, so they protest. On the website of Stop TTIP movement they published a petition against the acceptance of the Transatlantic Pact, which have already signed over 3 million people. Last year tens of thousands of people from all over Europe came out at rallies against TTIP. According to Marina Albiol, MEP from Spain, member of the party “United leftists” TTIP – it’s a hurricane which will erase the civil rights. ”

Numbers of those who protest are increasing and the EU authorities are doing their best to try to calm them down. Thus, in July last year the European Commission refused to register the transnational citizens’ initiative STOP TAFTA (another name for TTIP).

In March 2015 a special research of Bundestag stated that the councils of German cities and municipalities have no right to examine the contents of TTIP and if they do they violate the law. However, in early March 2015 there were discussions about the procedure for the preparation of TTIP and its contents in 113 urban and local councils in Germany and they all brought negative resolutions.

In such circumstances the leaders of the major German political parties behave like hypnotized. Even the German Social-Democrats who in their best time developed a successful “eastern policy”, they pretend that TTIP does not contain anything dangerous. As stated in the recent federal congress, SPD president Sigmar Gabriel said, “SPD accepts TTIP with some remarks”.

It is obvious that a long time of German Social Democrats in which there were both ups and downs, led today to the fact that the party is found together with the destroyers of the German welfare. Therefore, you can hear more and more voices of the parties of “second echelon” (“Left” and “Green”), trade unions and social organizations that are independent from transnational companies. They do not believe that what they do is hopeless. If at the end of 2016 the TTIP agreement in the EU governments is approved, the next step will be the procedure of its ratification in the parliaments. Obviously it would represent the culmination of the battle, because based on its results it will become clear whether the American bull will kidnap Europe or not.