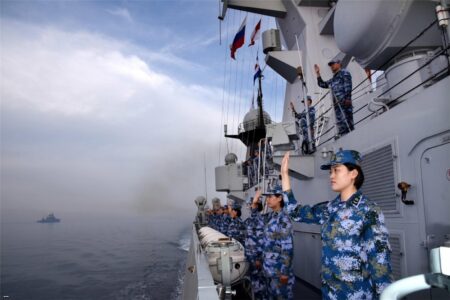 There is an overwhelming boisterous ignorance that characterises Australia’s foreign policy approach to China.  When Beijing was boxed and derided as emerging, weak and well-behaved, everyone supposedly got on.  Washington remained the region’s patriarch and Australia its policing deputy.  Everyone could get on plundering resources and making some ruddy cash along the way.  Then, assumptions started being challenged: the cheeky Yellow Devil refused to stay quiet.  The Anglophone states started to worry.

Striking about such commentary on China as the illegitimate aggressor, the law breaker, the breacher of convention, is its distinct cultural imperviousness.  As with much in this field, an obsession with power trumps historical understanding and sensitivity.  And if one country – in this case Australia – claims to have identified a fictional standard known as the “rules-based international order” – it follows that others must abide by it.

Such views only see China as a muddled confection, a perception of willing blindness and special investment.  Be it of fear, condescension or optimism, Australian governments have shifted violently over the years in their approach.  The Australia of Gough Whitlam, in recognising the People’s Republic of China in December 1972, invested the country with, as James Curran puts it, “a sense of euphoria and liberation: that Australia could chart a new foreign policy that did not necessarily look instinctively to its great and powerful friends.”

That approach, to some or lesser extent, held up till the initial stages of the Turnbull government.  Even the often testosterone addled Tony Abbott could focus on the economic side of things, even if he found the cultural aspect of Sino-Australian relations problematic.  What mattered most was trade, and trade was what both countries got in the form of the China-Australia Free Trade Agreement (ChAFTA), which came into effect on December 20, 2015.

Instead of sober dealing and balanced engagement, the sabres have been unsheathed, the scabbards abandoned.  The previous economic approach to China takes a beating in such warmongering outlets as The Australian, which accuses the trade and commerce types for empowering “the bully we now face”.  It is an environment that leads strategic analysts to use distinctly un-analytical approaches in examining China’s actions.

Rory Medcalf of the Australian National University is one, positively bursting with excitement at Australia’s regrettably bizarre flirtation with members of the North Atlantic Treaty Organization (NATO).  All problems of power and violence are, for Medcalf, the same thing.  Look at China.  Look at Russia.  Rule-breakers and subverters.  In a piece run in the German 49 Security Forum, he warns his European audience that the Ukraine War “will develop within a global context, which will be framed by the China-Russia ‘no-limits’ partnership and the lessons Beijing is learning and will apply for its own purposes of dominance.”

This looks, on the surface at least, like a clumsily revised version of the Global Domino Effect, when it was assumed that the Moscow-Peking relationship would turn the world a communist red, and do so blissfully united.  Whitlam, and his Washington counterpart President Richard Nixon, thought better of that.

Australia, Medcalf also suggested, had shown foresight in supplying military equipment to Ukraine and attending the NATO summit as an Indo-Pacific partner, “another signal that we recognize the need for solidarity with democratic partners around the world.”  This is the kind of reasoning that gives the field of geopolitics a deservedly bad name and detaches Australia from reality.

Former Singaporean diplomat and foreign policy intellectual Kishore Mahbubani is one who takes issue with this sort of porcelain breaking approach.  “Australia’s strategic dilemma in the twenty-first century,” he writes, “is simple: it can choose to be a bridge between East and the West in the Asian Century – or the tip of the spear projecting Western power into Asia.”

The most stubborn feature of wilful blindness here is the refusal to admit that Western domination is ending.  Australia’s gaze remains averted from the motor of history.  This geopolitical shift away from the West is characterised by such changes as purchasing power parity, with Beijing’s wallet becoming increasingly heavier.  China has also muscled in on the trade stakes: in 2000, over 80% of the globe’s countries traded more with the US than China; by 2020, the balance had flipped, with 70% (128 countries out of 190) having more trade with China.

Of interest is the misreading of attitudes to the Russian invasion of Ukraine.  “The vote of 141 out of 193 UN member states to condemn the Russian invasion seemed to show a strategic alignment between the West and ‘the Rest’.”  Looking more closely, Mahbubani issues a pointed reminder that countries representing more than half the globe’s population – China, India, Pakistan, Bangladesh and South Africa, for instance – did not favour the resolution.  The countries abstaining, in other words, had 51% of the globe’s population.

The other often neglected aspect of this discussion is the assumption that opposing aspects of Chinese foreign policy, notably by other countries, must come with an aggressive hailer or tooting horn of indignation.  Australia’s insular security establishment in Canberra makes the same mistake time and again: that India and Japan, by way of examples, are happy to go along with the Quadrilateral security arrangements, supposedly in lockstep with Canberra, as an overt anti-China pact.

The reality is less rosy and more delicate.  Australian diplomacy, practised in its ignorance, has little understanding about the importance of not losing face, and how it remains the precept that governs the cultural considerations of many of its neighbours.  Coarseness, and an unqualified resolve to go to war in comradely fashion with the United States, remain dominant.  Instead of being an accommodating bridge between East and West, Canberra remains a fashioned spear for Western power.

Australia is still a colonial prison. The message may come with an Australian accent but the script is all NWO. IMO, Australia is going to feel mighty isolated when mother nature kicks in and stomps on their hubris. But they would know that right? It’s only the fools who are sold the global warming scam.

Australia’s blunders will be one for the history books.

To borrow the phraseology of a former Australian Labor Party member, Mark Latham, Australia is still arselicking to the United States government and elites, and we have willingly joined the anti-China/anti-Russia conga line of suckholes. And then we have that Australian Senator, David Van, who visited Ukraine and subsequent called for increased support for that shithole in order to get the cash-strapped taxpayer who is struggling with the rising cost of living to prop-up Australia’s military-industrial-complex. I don’t see a bright future for the sunburnt country!

This foreign policy is what is expected from a bunch of Uncle Shmuel’s whores. I’m sure Australia’s poor and homeless don’t give a damn about their degenerate, brain-damaged, lapdog, bend over and take it in the ass douchebag politicians.