The South Korean Armed Forces are on full combat alert in order to respond to any North Korea’s provocations in connection with the latest missile test, carried out by Pyongyang. 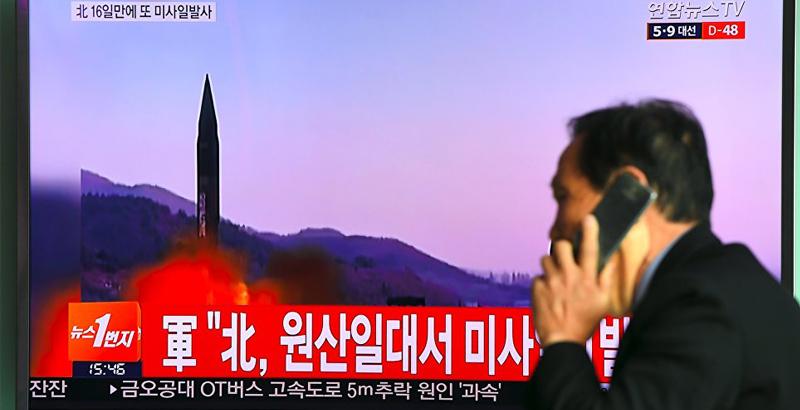 South Korean troops are in full combat readiness to stand up to the Democratic People’s Republic of Korea (DPRK) in connection with the latest missile test of Pyongyang, a statement, issued by the Joint Chiefs of Staff (JCS) of the Armed Forces of the Republic of Korea on Wednesday, reads.

According to the statement, South Korean troops “reliably support full combat readiness to immediately respond to any provocation of the North.”

“Our armed forces will continue enhancing the ability to deter and respond to nuclear and missile threats of North Korea, and [South Korea] warns that the continuation of reckless provocations will only lead to the collapse of the North Korean regime,” the Yonhap news agency quoted the JCS statement.

Earlier, it became known that North Korea conducted a new missile test in the area of Sinpo city, located on the country’s eastern coast. Our northern neighbor “fired a projectile into the East Sea from a site in the vicinity of Sinpo, South Hamgeyong Province, this morning,” the South Korean JCS told Yonhap.

The missile, launched in the direction of the Sea of Japan, flew about 60 kilometers. According to South Korean military, it was a short-range ballistic missile of the Pukykson-2 type. Yonhap reported that the missile reached a maximum flight altitude of 189 kilometers.

In its turn, Tokyo does not exclude that it was a modified ground-launched missile of the submarine-launched ballistic missile type, the Kyodo news agency reported, citing a government source.

On February 12, the Pukykson-2 missile was also tested and launched from a self-propelled launcher. South Korean experts believe that such a solid-fueled missile with a rapid start makes it almost impossible to intercept it.

Since 2006, Pyongyang has conducted five nuclear tests and a series of missile launches, including from submarines. At the same time, the North Korean authorities reject the demands of the international community and the UN Security Council to stop nuclear and missile tests, citing a threat from the US that has over 28,000 troops in South Korea, periodically deploys there strategic weapons for training and refuses to conclude a peace treaty with the DPRK.

lol i bet they are, this could get interesting for sure