The air-to-surface missile has a range of 500 km. It was “introduced from Germany for precision bombing of key facilities in North Korea”, Yonhap News Agency added.

The missile is capable of carrying out precision attacks on targets in the North Korean capital Pyongyang, “even if it is fired as far as from the central part of South Korea.”

The exercise took place over Taean, South Chungcheong Province, on Tuesday. A F-15K fighter jet fired a Taurus missile that flew about 400 km and hit a target in the coastal waters off Gunsan, North Jeolla Province.

Earlier this week, the United Nations Security Council (UNSC) imposed a new round of sanctions on North Korea over its sixth nuclear test. North Korea responded claiming that the new sanctions were an act of “heinous provocation” and that they strengthened the country’s desire to build nuclear weapons

Where are the sanctions over SK ????

SK can threaten NK but NK can’t defend. China, the bad friend, didn’t veto the resolution. What the hell is thinking China ?? USA will invade NK in the futur resolution or not.

What China and Russia achieve was a watered down UN resolution and that has infuriated Trump and the neo cons.

if south korea will have own weapons, will not need americans.

If you, jews, leave korean peninsula, neither Korea will need any weapons. It is up to you, to take home your stu0idos from USA, it is your proxy army, as you run us.

i am not jew

Are you Aztec officer ? 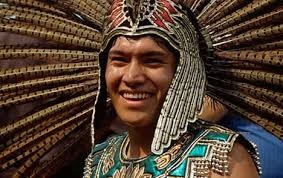 where were you, tigerfan? :)

Jew, why nobody likes jews?