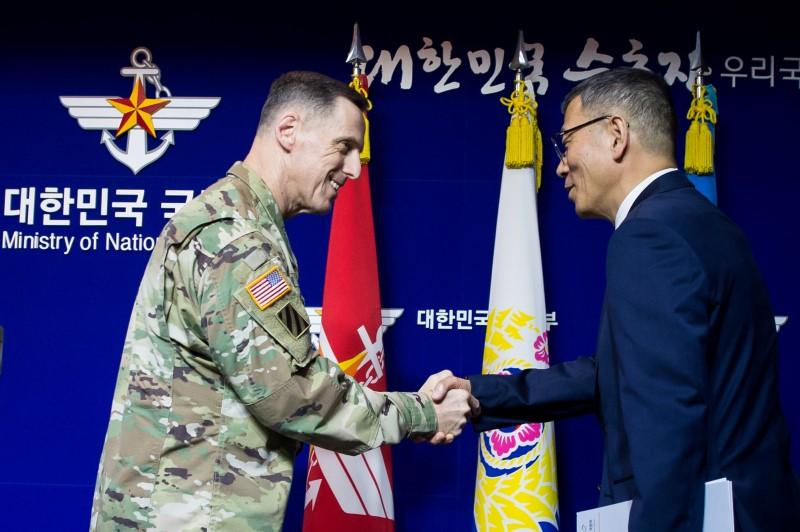 The United States and South Korea said that they are going to deploy an advanced missile defense system in South Korea to counter a threat from North Korea, Reuters reported on July 8. This caused a swift protest from neighboring China and discontent of Russia.

According to the South’s Defence Ministry and the US Defence Department, The Terminal High Altitude Area Defense (THAAD) anti-missile system will be used only for protection from nuclear and ballistic missile capabilities of North Korea.

“This is an important … decision,” the commander of US forces in South Korea, General Vincent Brooks, said. “North Korea’s continued development of ballistic missiles and weapons of mass destruction require the alliance to take this prudent, protective measure to bolster our … missile defense.”

Currently, the USA has 28,500 troops in South Korea stationed there since the 1950-53 Korean War. The THAAD will be deployed to US Forces Korea “to protect alliance military forces from North Korea’s weapons of mass destruction and ballistic missile threats,” the South’s Defence Ministry and the U.S. Defence Department said in a joint statement.

“When the THAAD system is deployed to the Korean Peninsula, it will be focused solely on North Korean nuclear and missile threats and would not be directed towards any third-party nations,” the statement said.

According to a South Korean Defense Ministry official, a site for the system could be selected “within weeks”, and the allies hope to have it operational by the end of 2017.

China has expressed a sharp protest against the THAAD decision and lodged complaints with the US and South Korean ambassadors.

Beijing said that the result of the system would be a destabilization of the security balance in the region, but it will not help to end North Korea’s nuclear program.

“China strongly urges the United States and South Korea to stop the deployment process of the THAAD anti-missile system, not take any steps to complicate the regional situation and do nothing to harm China’s strategic security interests,” the China’s Foreign Ministry said.

China is the main trading partner and an increasingly close diplomatic partner of South Korea. For this reason, the country has been reluctant to discuss THAAD openly due to China’s protest.

Russia is also against basing a THAAD system in South Korea. On Friday, Russian Foreign Ministry said that the deployment will be taken into account in Moscow’s military planning, the Interfax news agency reported.

At the same time, according to Japanese Deputy Chief Cabinet Secretary Koichi Hagiuda, Tokyo “supports the deployment because it bolsters security in the region.” Hagiuda noted that Japan is considering THAAD just as a part of the ballistic missile defense.

Meanwhile, North Korea has called plans to deploy a THAAD system a “declaration of war” by the United States.