As Middle Eastern states attempt to manage their political and security differences, Muslim-majority countries are regrouping along a fault line that separates proponents of varying concepts of an authoritarian but religiously and socially more tolerant, ‘moderate Islam’ from those advocating stricter adherence to intolerant, non-pluralistic strands of the faith.

The fault line gains significance as various Muslim-majority states compete with one another in their efforts to define Islam in the 21st century in what is as much geopolitical as it is an ideological struggle. The battle’s importance is further magnified by the fact that diplomacy, economics, public affairs, and soft power increasingly take centre stage as countries like Saudi Arabia, the United Arab Emirates, Turkey, and Iran seek to manage their differences in a bid to prevent them from spinning out of control.

The fault line by default divides proponents and detractors of political Islam and shifts the epicentre of religious ultra-conservatism in the Muslim world from the Arab to the non-Arab Middle East and expands it into South Asia.

The Taliban victory in Afghanistan cemented by the US withdrawal in August and coupled with multiple steps by the government of Pakistani Prime Minister Imran Khan that encourage and embolden religious ultra-conservatism and militancy emphasize South Asia’s new place in the Muslim competition for ranking on the pecking order of a new world order.

Concern that Afghanistan could emerge as a hub for cross border and trans-national political violence and drive militancy and bloodshed in Pakistan coupled with a surge in attacks in Kashmir in recent weeks compounds South Asia’s positioning. The attacks suggest that India’s decision in 2019 to end Kashmir’s autonomy and deprive it of its statehood has driven renewed militancy.

Analysts fear that Prime Minister Narendra Modi’s discriminatory Hindu nationalist policies will encourage radicalism elsewhere in India, home to the world’s third-largest Muslim population. Retired Indian Lt. General H. S. Panag warned of the threat posed by “the fissures developing in the minds of the large Muslim community because of them being targeted by lumpen ideology-driven elements of the majority community. That these elements enjoy political/State patronage only substantiates the persecution theory of radical Islam.”

What the religious fault line does not do, is denote two blocs. Rivalries within rivalries play out on both sides of the divide. These include competition between Saudi Arabia, the UAE, and Qatar in geopolitics, economic and religious positioning, and sports diplomacy as well as mounting tension between Turkey and Iran. That tension manifested itself last month in rival military manoeuvres along the Azerbaijani-Iranian border. In addition, relations between Iran and the Taliban are fragile given Iranian concerns about the plight of persecuted Hazara Shiites in Afghanistan.

What the religious divide does mean is that the Taliban are in good company in a swath of land stretching from Istanbul to Islamabad when it comes to restricting social behaviour like their preventing girls from getting an education, banning music and western hairstyles, and forbidding men to shave their beards.

Similarly, Mr. Khan, the Pakistani prime minister, made waves earlier this year with his misogynist assertion that the mounting number of attacks on women was because they were wearing “very few clothes.” Mr. Khan has since welcomed the Taliban victory as “breaking the chains of slavery.”

Alevis, who account for up to 25 per cent of Turkey’s population, adhere to more liberal and tolerant religious precepts than those propagated by traditional Sunni Muslim Islam as well as Mr. Erdogan’s ruling Justice and Development Party (AKP). Mr. Karaman’s fatwa threatened to fuel Turkey’s culture wars at a time that Mr. Erdogan is tanking in opinion polls.

Education is one major marker of the different worlds reflected in the religious divide. Restrictions of girls’ and women’s education in the Taliban’s Afghanistan and Pakistan’s introduction of a single national curriculum that fuses secular and religious education together and seeks to Islamicize it contrast starkly with the Gulf’s emphasis on modern science-based education and the creation of local campuses of major Western universities.

Pervez Hoodbhoy, a nuclear scientist, human rights activist, and frequent commentator on educational issues noted that Ottomans and others had failed in their attempts to join regular schools and religious seminaries in one system.

“This is why Arab countries today are fast changing their curricula into modern ones. Pakistan is trying to be an exception, but it will pay a heavy price. Masses of the SNC unemployed graduates – even those with PhDs – will be the result of a failed experiment,” Mr. Hoodbhoy said, referring to the single national curriculum by its initials.

A study published earlier this year suggested that Turkish schoolbooks had replaced Saudi texts as the bull’s eye of criticism of supremacist and intolerant curricula in the Muslim world.

The study found that Turkish curricula, once a model of secularism with an education system that taught evolution, cultural openness, and tolerance towards minorities, had increasingly replaced those concepts with notions of jihad, martyrdom in battle and a neo-Ottoman and pan-Turkist ethnoreligious worldview.

“The idea that jihad war is now part of the Turkish curriculum, that martyrdom in battle is now glorified, might not be surprising given what we know about Erdogan … But seeing it in black and white is quite a shock,” said Marcus Sheff, CEO of Impact-se, the group that sponsored the study.

What this really means is that the CIA and Mossad are moving their fake Islamic terror groups into SEA.

ISIS is a creation of the USA and ‘israel’.

He said “Kabbalah is the greatest achievement of human spirit” 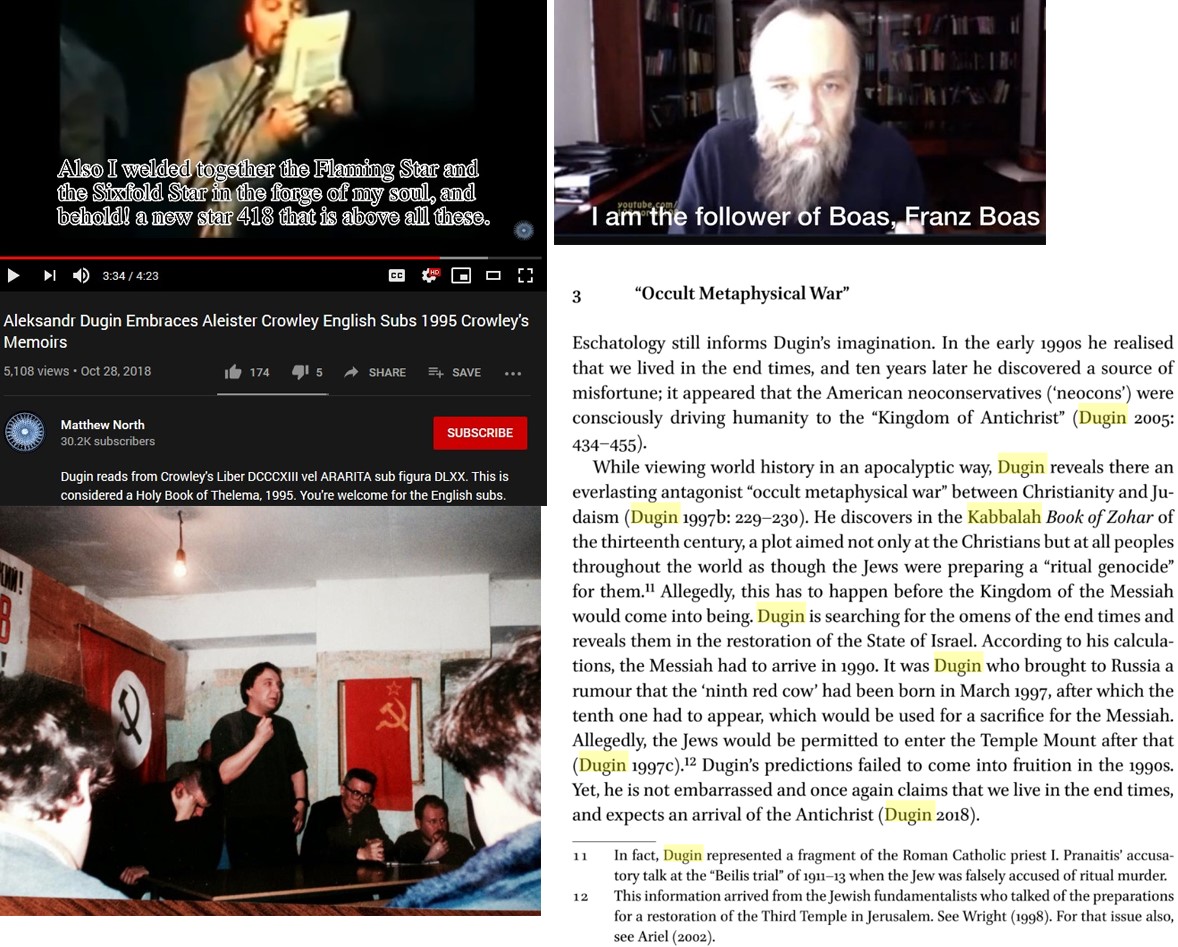 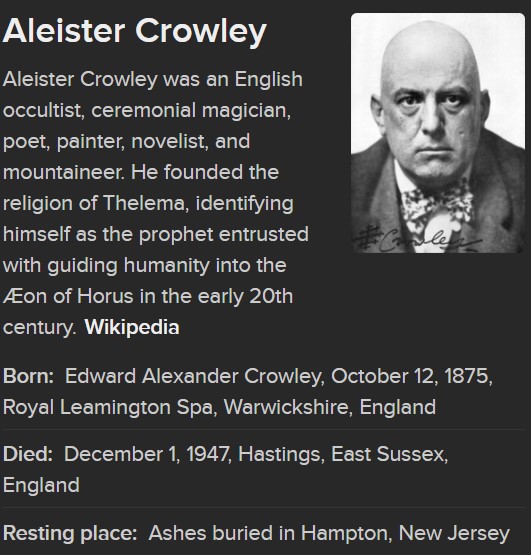 Crowley liked fascism a lot though.

It’s a pity that there are scholars out there who repeatedly write about subjects which they know nothing about. It’s a shame but it’s also reality.
My impression of this text is the effort that author has taken to present Wahhabi monarchs (not really, they are Kalifs, nothing kingly about them) as some sort of beacon of moderation and toleration, entirely based on hearsay. But since a pig with lipstick is still a pig, there’s no way other than making others uglier so the pig seems a good choice in comparison.
No Mr. author, actions speak louder than words and nothing in this world can change the fact that these regimes -with Saudis on the lead- are one of (if not the most) repressive, backwards and intolerant systems this world ever witnessed.

I don’t know about you but for some time I’m skipping any articles with the name of author on top of it. I found them empty and more like propaganda pieces. I was curious to see what I find in this one so I read it and there I was with instant regret.
If I ever want to get brainwashed properly, I’ll head to the Begin-Sadat institution’s publications and do it right, at least I know the propaganda there is not camouflaged.

I know the pay (for writing propaganda for Zionist think-tanks such as B-S mentioned above) is good, but come on!

The mistake everybody does is that they think radical groups spring up from Riyadh only. Nope. They also spring up from Ankara, from Tehran, from Islamabad, from Kabul, from Doha, from Baghdad, from Sanaa, from Khartoum…

Oh yeah, that’s right, and by the way how are you? What’s the weather in broadmoor ward 5?

You are the psychopath here. Gay incel scum!

‘Radical Islam’! What a deceiving phrase! Firstly they are not Muslims, those RI’s, and maybe radical in doing monstruous crimes and Satanism, all sorts of Fascism for theirs Zion Neicon masters. Nothing to do with Islam, radical or whatever you name it.

‘If you want test somebody and see his real face and who he is really like give him chance to rule.’