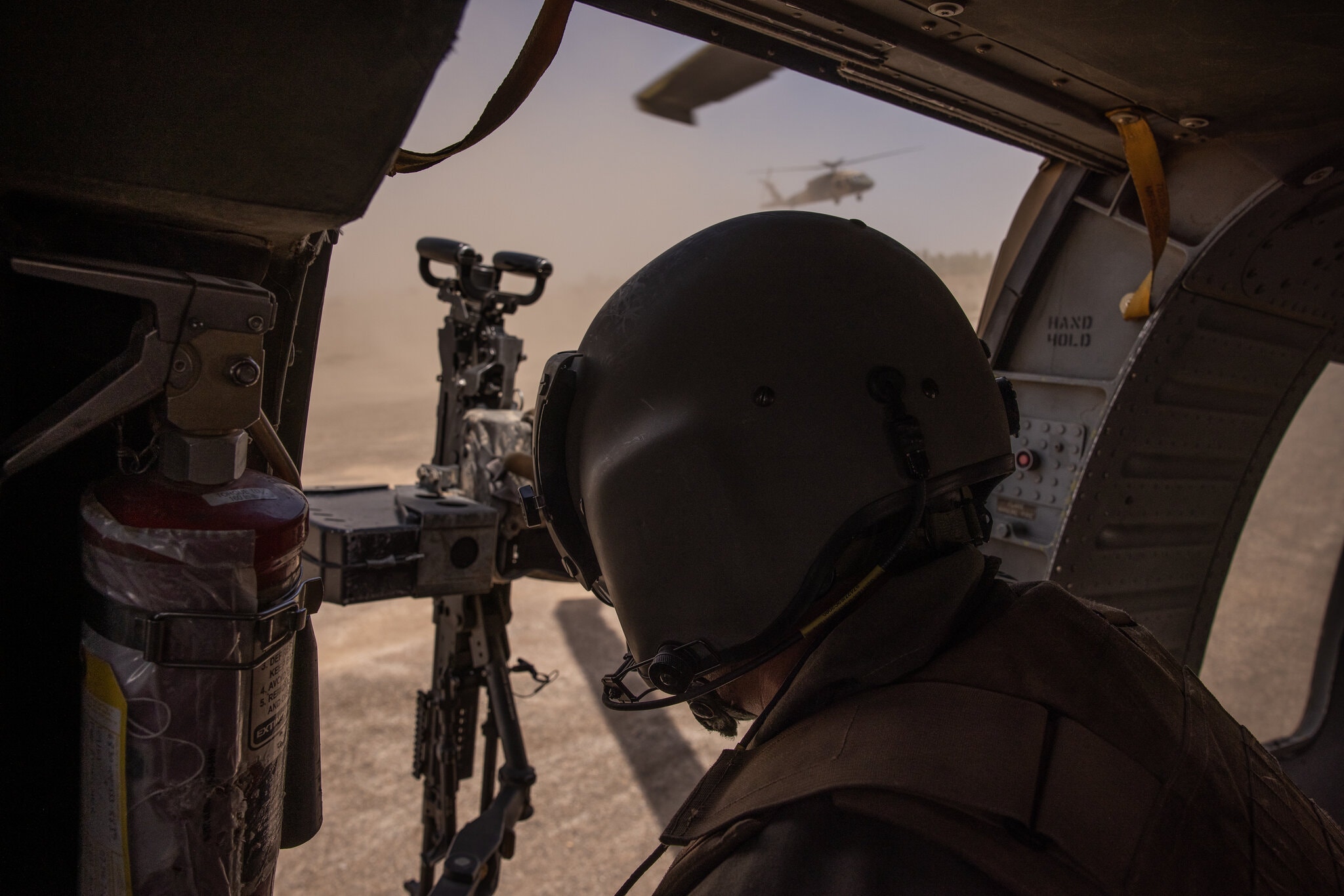 The US and many of its NATO allies plan to be out of Afghanistan by early-to-mid July, according to the NYT.

This is based on anonymous sources, and various unclearly defined statements.

According to the outlet, planeloads of equipment and troops are flown out of the country, are leaving US officials with many issues that they had though would have much more time to figure out.

But the US plans to leave the Central Asian country well before US President Joe Biden’s September 11th deadline.

“The Pentagon still has not determined how it will combat terrorist threats like Al Qaeda from afar after American troops leave. Nor have top Defense Department officials secured agreement from allies about repositioning American troops in other nearby countries. And administration officials are still grappling with the thorny question of whether American warplanes — most likely armed Reaper drones — will provide air support to Afghan forces to help prevent the country’s cities from falling to the Taliban.”

This is based on a statement by Michèle A. Flournoy, a former under secretary for defense under President Barack Obama. She holds no official position right now

“Withdrawing forces is actually a really delicate kind of operation that has risks associated with it,” said Michèle A. Flournoy. “There’s a lot they have to work through before the last person steps on the plane — especially when you have allies on the ground who are going to inherit what we are leaving behind.”

The Pentagon wanted to avoid what officials said could be a nightmare scenario: a combat-related death in Afghanistan after the president had announced that American troops were withdrawing.

Such a loss could prompt a public outcry over why American troops were being put at risk for a lost cause, officials said.

This is the sense of urgency that the NYT is explaining, citing the unnamed officials.

The NYT’s story is “based on interviews with more than a dozen American, European and Afghan officials, some of whom spoke on the condition of anonymity to discuss military planning.”

Publicly, administration officials are insisting that the Afghan government can still hang on after American troops leave.

“It’s not a foregone conclusion, in my professional military estimate, that the Taliban automatically win and Kabul falls,” Gen. Mark A. Milley, the chairman of the Joint Chiefs of Staff, said earlier in May. “There’s a significant military capability in the Afghan government. And we have to see how this plays out.”

Unnamed U.S. military officials believe the United States will devote a significant number of reconnaissance aircraft to continue to help the Afghan forces but will limit airstrikes to “counterterrorism operations” only, a loose description that has been used in the past to justify a variety of actions.

Withdrawal is ramping up, if the NYT’s report based on nothing concrete is to be trusted, and it likely is on its way of being propagated further in MSM.

The US military has never been ‘civilised’.

The west are only civilised in their toilet habits.

The Objective
Reply to  Philip Cripe

And those Wahhabi Jihadist fought till the end. Now they’ll take Kabul and kick the Hindus out for good. They already brought down one of your Hindu gods.

Last edited 1 year ago by The Objective
1
Reply

Ashoka is a rapist
Reply to  The Objective

Oh no white people leaving the native people to themselves. What a shame!

Remind me again which crazies are you talking about the Taliban religious nuts or the corrupt heroin slinging warlords the USA partnered with to run the country? Those US backed warlords have more blood on their hands that the Taliban could ever dream of and the US taxpayer was footing the bill for their security.

not claimed there are WMD’s in Iraq, black lies matter peaceful and during Cold War advised amerikan children to hide under wooden desk when USSR obliterates USA w hydrogen bomb one must be hypnotized by shameful hindoo in teepee to believe NYT this is equivalent to believing jens or any one of many hillbillies paid by CIA that post at SF

For last two decades Australian government tagged along with US invasion and occupation of Afghanistan – as they tagged along with US war in South Vietnam. But the Australian government has just announced they will close their own Afghan embassy – they may move skeleton staff over into large US compound. This is strong signpost that Australians have little faith in US installed ‘Afghan allies’ retaining security control and power in a post-US occupied Afghanistan.

Any guesses about the location of bases for those “significant number of supporting drones?

I’m sure the US won’t leave the central Asia alone, it’s not their usual behaviour to NOT antagonize other global or regional powers and besides, they just have to saboutage the BRI.

Since Kyrgyzstan already experienced the benefits of having a US base on their soil in the form of coup and turmoil and bouncing back and forth to and from CSTO, this country is out of the picture. Tajikistan, Turkmenistan and Uzbekistan are other candidates (with emphasis on Uz) but they are members of CSTO, meaning a foreign military base on their soil must be accepted by all other members and fat chance Russia accepts it. Kazakhstan is very attractive for the US (long border with Russia and being one of 5 littoral states of the Caspian sea among other reasons) but I’m sure both Russia and China will freak out over this.

Another possibility is having a base under civilian pretense, CIA has a lot of experience in this regard with their “Air America”. This kind of base has to be in a neighbouring country of the target country. Pakistan denied giving a base to the US recently. From every angle I look, it seems Uzbeks will be the unfortunate hosts of such lovely guests.

All that remains is to wait and see.

Exactly. After 37 times announcing US will pull out from Afghanistan I believe this time it is the truth that they will do it, but I am also a little sceptical about it and I would wait and see because I am hoping.

Why they dont go to the American/Mexican border like their own population wants, “Democracy”

Actually, the US CIA /Pakistani ISI/al-Saud clan and their KSA intelligence created the Sunni Islamist mujahedin in 1980’s – and those intelligence services have kept on using parts of that network, whilst other parts have created huge blow-back for US. Even Hillary Clinton was forced to remark in her notes as Sectary of State under Obama administration – that the US had created and funded the Afghan fundamentalist militant forces that became a huge problem for US in Afghanistan,

Other news from the pentagon, carbon is dangerous, there’s a pot of gold at the end of evey rainbow, and fairies do exist.

Dont forget Pentagon Scientists in a Scientific Research report predicted in 2012 that Europe’s cities would be under water in 2020 because of Global Warming. This can still happen over night.

It’ll never happen.Gore and other stupid charlatans have been saying that the ice caps would be gone by now. They are bigger than ever. Australia is having snow and frosts and america is breaking all records for cold snaps and snowfall. Europe is losing more crops and vineyards due to very late frosts.

Iranians should be ready because their next war will be Afghanistan. Any Iranians here? America must be truly wicked for killing their General last year and now dumping the Afghan file in Iran’s lab even as the country is still reeling from sanctions and Covid-19. We are in for a lot of drama folks. I hope it ends with Iran invading Afghanistan. At least it’ll give the Saudis, Israelis and Emirates a good opportunity for some payback on Iran’s oilfields. Taliban about to get some free precision missiles I guess. hahaha.

Last edited 1 year ago by The Objective
-2
Reply

Ashoka is a rapist
Reply to  The Objective

Modi will destroy hindu poontang and his aulaad.

This time you should believe it because we mean it. It comes from a very reliable VIP source in the upper echelon and Intelligence community of the US Government. Therefore it is not something we think, we know its a fact because its with logo and also reason.

Nothing but U.S. propaganda the U.S. will never leave for they will leave their mercenary army along with the C.I.A. behind, to grow the poppies, anyone who believes the U.S. will ever leave except in body bags need to read a little history of the U.S. for the never ever leave once they become embedded in a country