Ex-Prime Minister Abe’s attempts to revise the “Peace Constitution”, Japanese support for American activities in the South China Sea, military moves by the Japanese to “protect” the Diaoyu Islands off Taiwan—and many other things like these worry a lot of people.

After all,  Japan presently also has the world’s fourth or fifth most powerful military and  could go nuclear in as little as 6 months, with existing rocket technologies providing intercontinental delivery capabilities. In Asia,  the Rising Sun flag is the equivalent of the Nazi swastika — it evokes memories throughout Asia of  mutilations, torture, beheadings, rape, babies on bayonets and even cannibalism.

In Europe, the refrain is “remember the Holocaust”.  In Asia, it’s “remember Nanjing”.

Today’s Japanese, however, pretend that WWII was just an inconvenient accident of history that is best forgotten—but that doesn’t wash throughout most of Asia.  Japanese money is welcome but it doesn’t buy either trust or forgiveness Comfort women are still an issue.

Americans are quick to label Russia ”fascist” but just love neo-Nazi regimes that bend a knee to the Stars and Stripes — the Ukraine is a good example.

Since Japan is a vassal state, the prospect of Japanese “ultra-nationalism” worries the folks in Washington not at all: they are encouraging the Japanese to revoke the peace clause of the constitution so they can get Japanese military support for their overseas adventurism.  In fact, in 2016 President Trump suggested that Japan get its own nuclear weapons, an idea that had the clear support of the “Deep State” behind him.

Of course, the US has never had to fight a war on its own soil – wars are always “over there”. The number of Americans who died in WWII palls before the sacrifices made by the Russians and the Chinese, who understand what real, hardcore totalitarianism means.

As I have written, the US has its own form of ultra-nationalism and fascism – so-called “Americanism” – which sees Americans as a Chosen People.

19th Century “Manifest Destiny” – the belief that God had conferred on Americans the right to rule all others – led to a genocidal expansion from the eastern seaboard of the US across the continent, north into Canada and south into Mexico, followed by imperial conquests in the Pacific – Hawaii, Guam and American – and, of course, the Philippines. After WWII, America regarded ruling the whole world as its Destiny.

The Japanese paid attention, largely out of fear that they might be next.  They weren’t next – they just had to wait their turn – about ninety years.

The Meiji people did their best to put off the inevitable.

They copied American colonialism, expanding the size of Japan’s dominion by five times and then seeking to colonize Asia. But the US doesn’t like competitors; it suckered the Japanese into attacking Pearl Harbor, and eventually occupied the whole archipelago, after laying waste to the entire country. After WWII, Japan copied Big Brother again. But it was a vassal state.

The word “fascism” is bandied about, with nobody really thinking about what it really means.

The term “fascism” comes from the word “fasces” which were bundled rods, usually with an axe head attached.  The rods signified corporal punishment; the axe, capital punishment, so together they were symbolic of Authority in ancient Rome, which allowed the common people a voice – but no power—that being invested in the Emperor and under him in the Patrician class.

Rome was part of the original vision of the founders of the American Republic, who did not trust the hoi polloi.  Even today you can see fasces as symbols of American “democracy” in the US House of Representatives. Americans will tell you that the fasces just represent “unity”—but that unity is ultimately enabled by threat of violence. There is more than one kind of fascism.

But in all forms of fascism power is exercised by an essentially unaccountable Few, with the Many following their dictates. “Simple” fascism of the kind created by Mussolini, Stalin, Hitler, Franco and many others can only be maintained by direct threat of violence.

But such systems depend on single leaders—and they die with them.

By contrast, “subtle” or “stealth” fascism – the “inverted totalitarianism” of the US, for example, is systemic and has no single leader, nor, in modern times, even an identifiable cabal. It works by “manufacturing consent”, which Walter Lippman outlined in his 1922 book, “Public Opinion”.

Subtly fascist countries are de facto ruled by a few rich and powerful, well-positioned and privileged people who may or may not know each other – but share the same interests. It’s not like Bill Gates has coffee every other day with Jeff Bezos. But both have immense power. They have no soldiers or black shirts—they don’t need them – they have the media.

Such elites control political and social policy for their own benefit. They allow the less fortunate the illusions of choice, freedom, and opportunity by manipulating educational systems and information and entertainment media to control the public mind and create consensus and compliance. This is neoliberal, predatory capitalist fascism. Violence is the last resort—but still always an option – reserved for those that no one cares about. America’s gulags contain 25% of the world’s prison population.

The Tattooed Guys In Black Shirts

What about Japan? What about those Japanese guys in the black shirts?

Japan’s current social and political system was set up by the Americans to be like their own, subtly fascist, not responsive to the will of the people – but first of all subservient to the will of its overlords—at first, the American military occupiers – then, business interests. American fascism is, after all, mercantilist.

The Japanese were good students: so, just as they became honorary whites in apartheid South Africa; they are now honorary Americans.

Japanese love uniforms, just as Americans do. But they don’t like black shirts. Their standard uniform is the sarariman grey suit, white shirt and tie.

In fact, the Japanese fear the Uyoku dantai often seem as one and the same as the Yakuza—the boryokudan—people of violence–traditionally the lowest of the low, along with burakumin or Japanese Untouchables.

The Japanese rightwing are simple, not subtle fascists – they want a leader—the Emperor, of course, or maybe a new Shogun. Their ideas challenge the status quo, which relies on a consensus of business, political and bureaucratic elites.

Theirs is a true counter-culture: their style, even their language, is antithetical to core Japanese values which emphasized harmony, etiquette, politeness and conformist compliant harmony. And, of course, their tattoos mark their “ronin” or “outsider-samurai” status. As a result, ordinary Japanese recoil at any kind of body art. No, these guys can’t get into a public path or sports club. Most important of all, they could never join the Japanese military.

This is a psychology that Russians appreciate, but Americans and Europeans misunderstand – as you can see in the rave reviews given embezzler Oleg Navalny for his exhibition of Russian prison tats as ‘protest” against Russian totalitarianism!

Japanese nationalists should remember that their ancestors came from east Siberia (particularly the Ural-Altai region), which is in modern Russia. Lot of the East Asian tribes in Russia are quire similar to the Japanese in terms of culture and mentality. The Altay and the Ainu are especially similar.

Also, look at ancient artwork from the Uyghur Khanate (south of the Ural-Altai), which is very striking similar to ancient Japanese art. You don’t see art like this in mainland China, but in the eastern part of Central Asia, Siberia, and Mongolia. The “tengu-like” face style in this art says it all that the Japanese came from here. 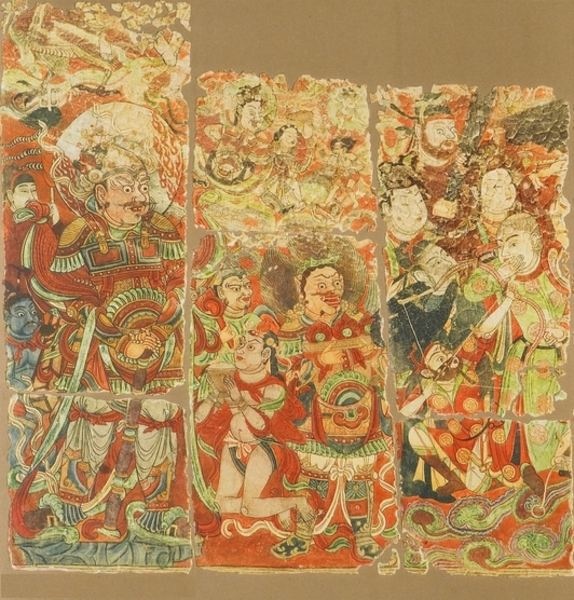 Sadly, this common history since the 2000s has gradually been being erased in textbooks and general consensus in Japan 😕. Wikipedia and other American-based sources are also discrediting this.

As a Hungarian (a people who resembled pre-Slavic Russians), it has always been easy for me to make Japanese friends given that we lived in the same area thousands of years ago, but when I talk to someone younger than 30, they have no idea what I’m talking about. I remember hearing this old Japanese expression a lot through the 90s as a kid, which was “The fish-eaters went east to Japan, and the meat-eaters went to Kyrgyzstan” 😄.

When a country forgets its roots, and its replaced with something else, that society will be doomed and become USA vassals. The Japanese have much more in common with Russia, and should look towards that direction despite their hiccups in the past.

They can’t remember. Too much happened in between

So Japanese have things in common with Slavs, or Russia is an Altay ethnicity country?

both Russian and Japanese are “to have” languages

I expect Japan to become more militant / nationalistic as we progress into the 21st Century. But, it won’t be the same as pre-WW2. Both the Chinese and Koreans may bitch and moan about it, but ultimately, they don’t have a say on the matter.

Japan will rise with India to sma$h Chinese dog eaters 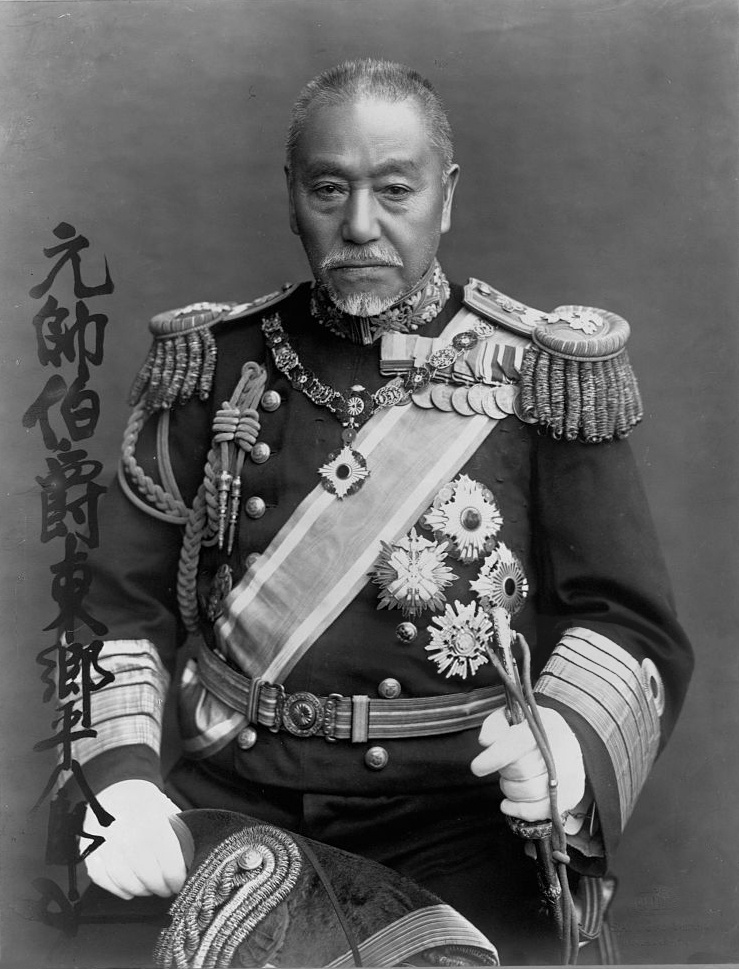 FANFARΟNE 🐗 Year of the Pig 🐖👌
Reply to  Random Dude

I doubt Japanese military has expansionist intentions. Likely their greatest fear are DPRK nukes which could obliterate their cities of USA provoked a war

Unfortunately the Japanese are in a position of “needing” the very Ziomerican scumbags who humiliate them by their presence to protect them against the rest of Asia who hate them for their past historical transgressions.

The US does not care if you are a fascist or a communist or a socialist. All they care about is that you are a US vassal state. And if you are a vassal state, then fight their wars, and they will let you buy all the weapons you want to buy from the MIC. They don’t care if your country gets destroyed either, because they will make money from you rebuilding your ruined nation and you get a puppet leader for safekeeping.