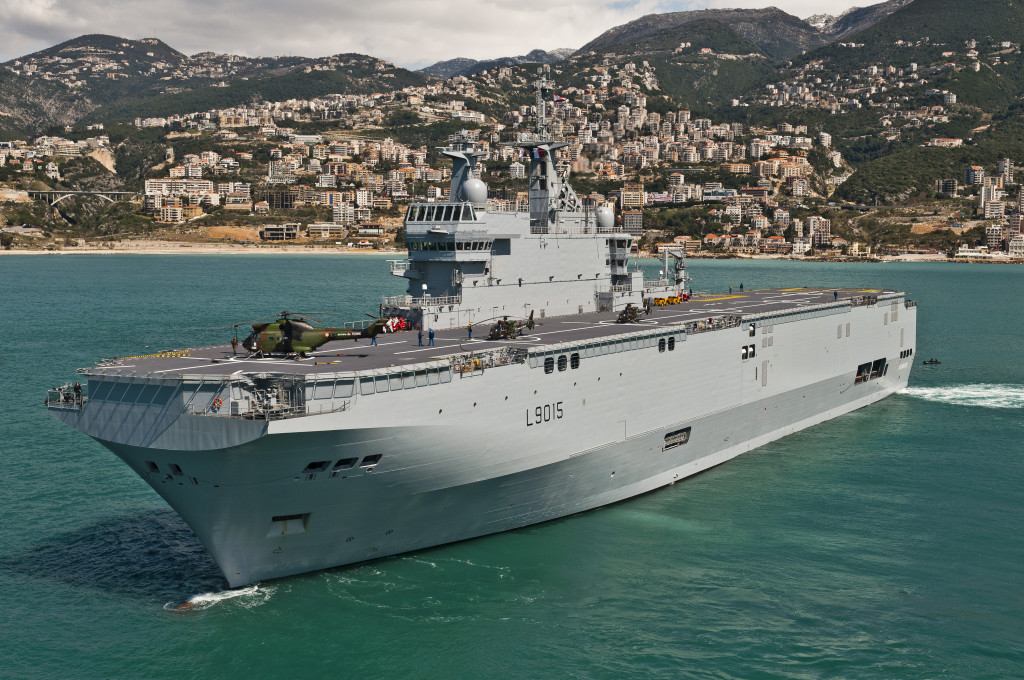 The Russian Navy builds up the power

This article originally appeared in The National Interest

Russia will build its own amphibious assault ship in the wake of France refusing to sell Moscow two Mistral-class helicopter carriers.

In 2011, France and Russia signed a $1.5 billion deal for Paris to build two Mistral-class amphibious assault ships for Russia. The ships have already been built and the first one was scheduled to be delivered last November, but France pulled out of the agreement at the last minute over Russia’s role in the Ukraine crisis.

Ever since Paris began to reconsider the agreement, there have been periodic reports that Russia might build its own helicopter carriers to replace the Mistral vessels.

Indeed, as far back as October 2014, Rear Adm. Victor Bursuk, the deputy Commander-in-Chief of Russia’s Navy, declared: “We are not dependent on France in any way, it is just one of the contracts of military-technical cooperation and nothing more. The [Russian] shipbuilding program planned building warships of this class, and it will certainly be implemented.”

Discussion of domestically-produced amphibious assault ships has picked up in Russia in recent weeks as France has moved to formally terminate the contract.

For example, back in May, as French representatives were arriving in Russia to discuss the terms of the cancellation, Oleg Bochkaryov, the deputy chairman of the Russian Military-Industrial Commission, told local journalists: “We have these types of ships planned.”

Around the same time, there were a number of reports that suggested that Russia had received some of the Mistral-class design blueprints from France, and would possibly produce a replica of the French-built ships. Bochkaryov denied these reports, however, saying the Russian amphibious assault ships “will be built in line with a different class as we have a different ideology of paratroopers landing. There is no set task of copying Mistrals.”

Other Russian officials later denied that Moscow had received any of the Mistral technologies from Paris. For example, last month Denis Manturov. Russia’s Industry and Trade Minister, told reporters, “What technology we have received? – none as of today [sic].” He did allow, however, that Russia “already had the hull modular design technology, we just had no orders, and we supplied the stern section and the fore-body.”

At an arms show in St. Petersburg this week, Vladimir Pepelyayev, the chief of naval shipbuilding division at the Krylov State Research Center, elaborated on how the Russian vessels would differ from the French ones Moscow had originally intended to purchase. According to Pepelyayev, the Russian design “suits the tactics of using our forces, our mentality and our approaches to amphibious operations.”

He added: “Mistral and other such foreign ships… are tailored to match the ‘Atlantic mentality’. The task of our ships is to provide assistance to frontline troops in defending our borders, in other words, landing assault groups in the rear of advancing enemy forces. Naturally, they are designed differently.”

Pepelyayev went on to say that his company had passed the design information to the Russian Navy and is currently waiting for its approval. “The concept has been proposed to the Navy for scrutiny. We shall now wait for the Navy to speak its mind.”

He also estimated that the ships would cost 30 billion rubles (roughly $550 million) to build, and possibly less. About 80 percent of this cost would go to weaponry, while the other 20 percent would go towards the hull.

Regarding the timeline for the ship’s construction, Pepelyayev explained: “The conceptual design will take about twelve months to accomplish and the technical project and design documentation, another year or two. Building the ship will require another three years.” Other experts have given a similar timeline, saying the ship could be built by 2020.

As The National Interest has repeatedly emphasized, Russia is undertaking a massive military modernization program, which it plans to continue despite its mounting economic woes. Like many of the weapon systems being contemplated, its unclear what level of priority the amphibious assault ship will be given, a factor that will be especially crucial if economic factors force Moscow to scale back the modernization effort.

In fact, there is some reason to believe that the amphibious assault will not be a high-level priority. Namely, Russian security officials have said France’s failure to deliver the Mistral-class ships will “definitely not” impact Russia’s national defense, and that the cancellation “cannot be even considered a loss.”

These comments, however, may have more to do with a long-standing belief in some Russian defense circles that Moscow should have built the ships domestically from day one.