Ladies and gentlemen I have here at my fingertips indisputable proof that egregious election meddling took place in the United Kingdom on Thursday.

Before you get all excited, no, it wasn’t the Russians. It wasn’t the Chinese, the Iranians, Cobra Command or the Legion of Doom. I’m not going to get any Rachel Maddow-sized paychecks for revealing this evidence to you, nor am I going to draw in millions of credulous viewers waiting with bated breath for a bombshell revelation of an international conspiracy that will invalidate the results of the election.

In fact, hardly anyone will even care.

Hardly anyone will care because this election interference has been happening right out in the open, and was perfectly legal. And nobody will suffer any consequences for it.

The centrists and mainstream media outlets are responsible for the right wing win in the UK. They spent all their time bashing and smearing Jeremy Corbyn bc they will always prioritize smashing the left, even if it means allying with the far right. Shameful.

Nobody will suffer any consequences for interfering in the UK election because the ones doing the interfering were extremely powerful, and that’s who the system is built to serve.

As of this writing British exit polls are indicating a landslide victory for the Tories. Numerous other factors went into this result, including most notably a Labour Party ambivalently straddling an irreconcilable divide on the issue of Brexit, but it is also undeniable that the election was affected by a political smear campaign that was entirely unprecedented in scale and vitriol in the history of western democracy. This smear campaign was driven by billionaire-controlled media outlets, along with intelligence and military agencies, as well as state media like the BBC.

Labour leader Jeremy Corbyn has been described as the most smeared politician in history, and this is a fair description. Journalist Matt Kennard recently compiled documentation of dozens of incidents in which former and current spooks and military officials collaborated with plutocratic media institutions to portray Corbyn as a threat to national security. Journalistic accountability advocates like Media Lens and Jonathan Cook have been working for years to compile evidence of the mass media’s attempts to paint Corbyn as everything from a terrorist sympathizer to a Communist to a Russian asset to an IRA supporter to a closet antisemite. Just the other day The Grayzone documented how establishment narrative manager Ben Nimmo was enlisted to unilaterally target Corbyn with a fact-free Russiagate-style conspiracy theory in the lead-up to the election, a psyop that was uncritically circulated by both right-wing outlets like The Telegraph as well as ostensibly “left”-wing outlets like The Guardian.

Just as Corbyn’s advocacy for the many over the plutocratic few saw him targeted by billionaire media outlets, his view of Palestinians as human beings saw him targeted by the imperialist Israel lobby as exposed in the Al Jazeera documentary The Lobby. For a mountain of links refuting the bogus antisemitism smear directed at Corbyn, a lifelong opponent of antisemitism, check out the deluge of responses to this query I made on Twitter the other day.

This interference continued right up into the day before the election, with the BBC’s political editor Laura Kuenssberg flagrantly violating election rules by reporting that early postal votes had been illegally tallied and results were “looking very grim for Labour”.

The historically unprecedented smear campaign that was directed at Corbyn from the right, the far-right, and from within his own party had an effect. Of course it did. If you say this today on social media you’ll get a ton of comments telling you you’re wrong, telling you every vote against Labour was exclusively due to the British people not wanting to live in a Marxist dystopia, telling you it was exclusively because of Brexit, totally denying any possibility that the years of deceitful mass media narrative management that British consciousness was pummelled with day in and day out prior to the election had any impact whatsoever upon its results.

Right. Sure guys. Persistent campaigns to deliberately manipulate people’s minds using mass media have no effect on their decisions at all. I guess that’s why that whole “advertising” fad never made any money.

I am not claiming here that the billions of dollars worth of free mass media reporting that was devoted to smearing Jeremy Corbyn and the Labour Party had a greater effect on the election results than Brexit and other strategic stumbles in the party. I’m just saying that it definitely had a much greater effect than the few thousand dollars Russian nationals spent on social media memes in the US, which the American political/media class has been relentlessly shrieking about for three years. To deny that a media smear campaign the size and scope of that directed at Corbyn had an effect is the same as denying that advertising, a trillion-dollar industry, has an effect.

Which means that plutocrats and government agencies indisputably interfered in the British election, to an exponentially greater extent than anything the Russians are even alleged to have done. Yet according to British law it was perfectly legal, and according to British society it was perfectly acceptable. It’s perfectly legal and acceptable for powerful individuals to have a vastly greater influence on a purportedly democratic election than any of the ordinary individuals voting in it.

Or that the long suffering Ethnic Britons whose jobs in manufacturing, heavy engineering and coal mines etc have been decimated on the alter of Climate Change at the same time as an influx of millions of migrants, illegal and otherwise,have been dumped in their towns and villages.

These towns and villages are now overcrowded with people of alien cultures and moral standards.

Dumping a lot of new uneducated, thus cheap Working Units in Countries will Lower the Average Wage…Fortuneseekers without a job will get welfare paid by the Middle-Class…The Elites will get richer because they will sell more Cars, Homes & Food

Hmmm… Sounds like you’re ruled by an oppressive regime. We got some B-52s at RAF Fairford that can fix that for you. 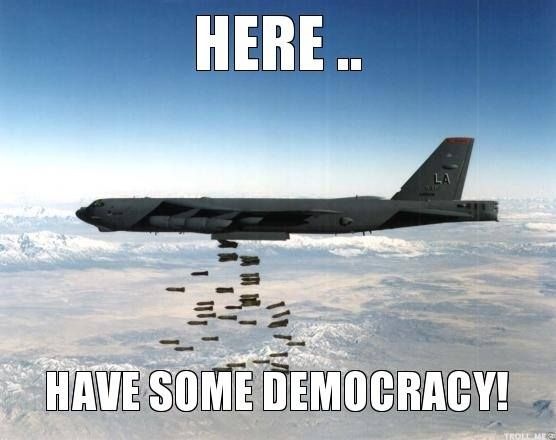 The British Civil Service heads, (Whitehall, Cabinet Office) basically said before the results that they would take away the codes and keys away from any incoming Labour govt headed by Corbyn/McDonnell.

Having said that, the Labour Party is a militant socialist movement and the activist side of it (Momentum) was (and is) quite a nasty leftist political operation by all accounts.

You are wrong Miss C. Johnstone…Them Russians did it…Wars are fought in the Shadows…Kill’m with confusion…The Russians won the Information War…

corbyn made the job easier.
watching him in parliamentary debate was a painful experience.

It’s not a free society.

People ultimately get the leader they deserve. Assange is in prison and BoJo Prime Minister. That tells one all what one needs to know about the UK.