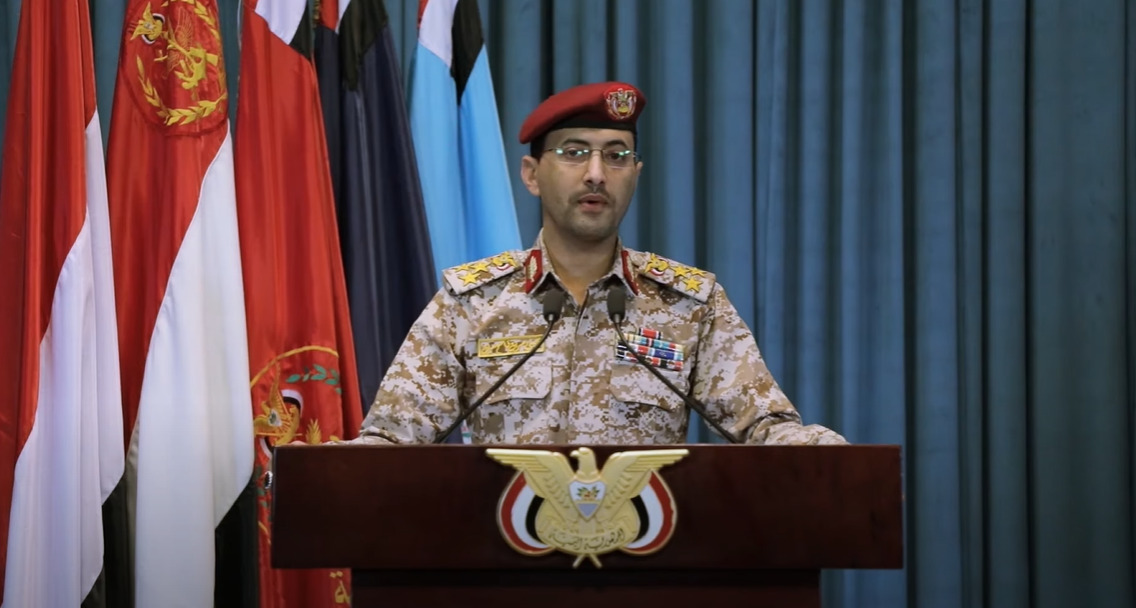 On March 21, the Houthis (Ansar Allah) shared a brief summary of the results of six years of war by Saudi Arabia and its allies on Yemen.

A coalition of Arab states led by Saudi Arabia and backed by the US intervened in Yemen around six years ago with the aim of foiling the “rebellion” that was ignited by the Houthis and their allies.  Despite the overwhelming dominance in equipment, manpower and air support, the coalition has failed to achieve any of its goals so far. The Houthis are even still in control of the capital – Sanaa.

In a press conference, the Houthis’ spokesman Brig. Gen. Yahya Sari revealed that the coalition carried out more than 266,510 airstrikes on Yemen in the past six years. At least 1,000 airstrikes were carried out this year only. Many other strikes went unrecorded.

“Most of these raids targeted Yemeni citizens, villages, homes, cities, roads, mosques, as well as private and public facilities, and led to the death and injury of tens of thousands of Yemenis,” the spokesman said.

The spokesman summarized the operations of the Houthis and their allies in the past six years as follows:

The spokesman noted that at least ten large-scale operations against the Saudi-led coalition and its proxies have not been revealed yet. 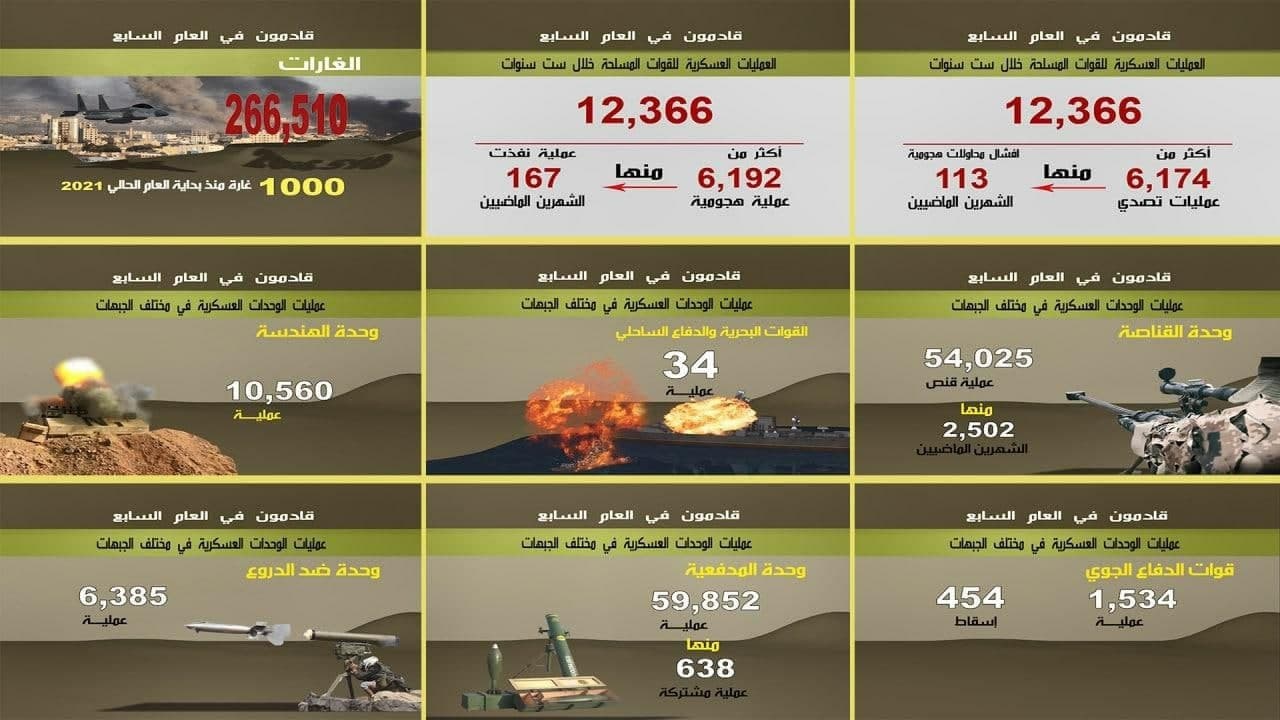 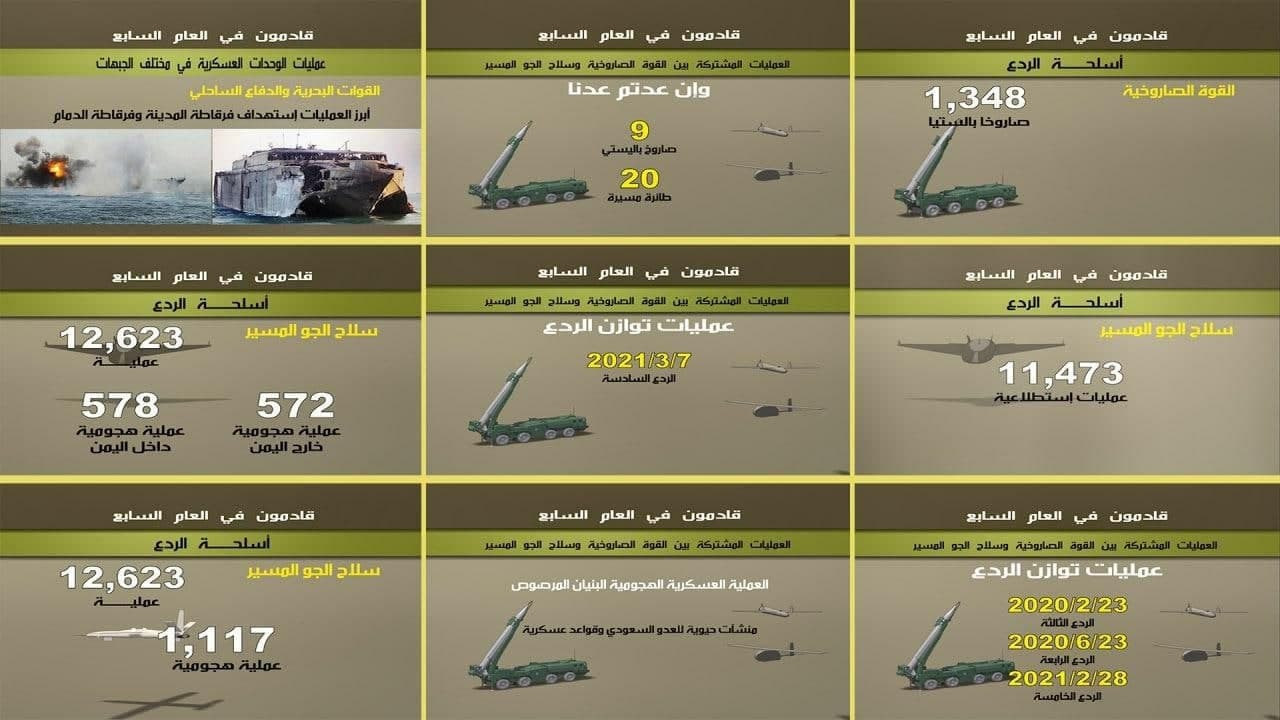 The losses of the Saudi-led coalition and its proxies in the last six years, according to the Houthis: 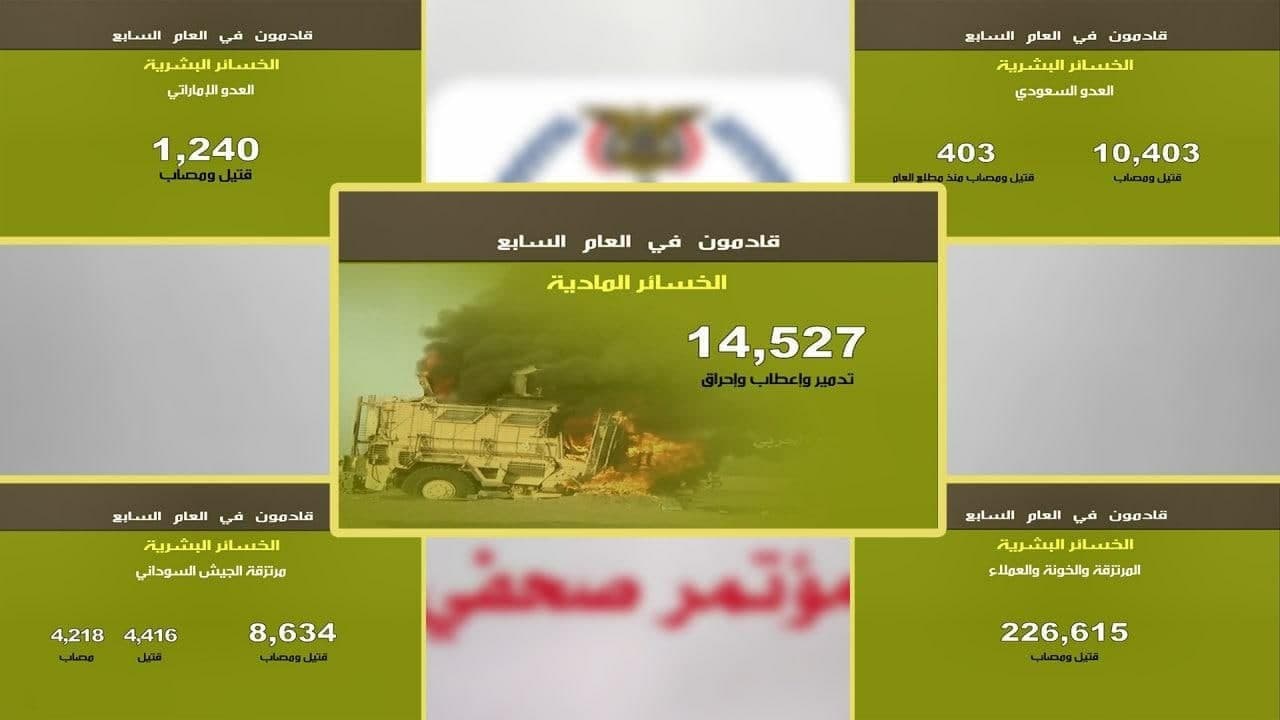 Brig. Gen. Sari concluded his briefing by praising the Houthis’ growing capabilities. The spokesman also vowed that the struggle against Saudi Arabi and its allies will continue in the 7th year of war.

“The enemy must realize that the 7th year of steadfastness will witness more military operations, which will not stop unless the aggression is stopped and the siege is lifted,” the spokesman said.

Some of the numbers shared by the Houthis were likely exaggerated. Nevertheless, there is no doubt that the Yemeni group was able to hold its ground for the last six years and inflict serious losses on the Saudi-led coalition, which failed to archive its main goals.

Holy **** almost a quarter million casualties on one side only, what a war, but unfortunately, Gulf Arab mercenaries breed like sheep so there’s still a lot of work to do for Yemen

The Houthis are a living legend. They have defeated a country with a bigger military budget than India, armed with the best western weapons money can buy. The Saudis and Emirati cowards should drown themselves in a open sewer in shame. The only word to describe the Ansarallah is RESPECT!

“The wealthy and powerful nations of the world are built because of gold mines, but they are rarely built on top of them.” The west is running out of money, and their wars failed thanks to China, Russia, and the civilians of those countries that west start a war with to loot them (Syria, Libya, Afghanistan, Iraq) and now they trying again against Iran – Venezuela. But they fuking play with fire and I hope they burn for good.

The west is running out of money!!!!!

money is an ILLUSION……and they own this ILLUSION…..so stop writing nonsense…..

they are CREATING “money” out of thin air!!!!

If money is an illusion you never use it, do you? Yes, US can print money (to some amount) because they hold world current for now. Other countries can’t do that because inflation will occur. Also, other weak countries or countries that have deal with the US buy US’s bonds.

Money used to be backed by gold but currently, there is no fiat currency in 2019-20 backed by gold, since the gold standard was abandoned a long time ago. On the other hand, some digital currencies are backed by gold.

I’m not gonna talk about how money is a thing now…and you missed my point, by “money” I mean – oil, gas, gold, rare earth minerals…which middle east has and ofc Venezuela is on top of sea of oil. The US/UK/Nazi/France have started wars to make money, Libya (Gadhafi gold backed currency) we saw how that ended. China planning for new currency and other digital currency might be the next world currency.

Money might be an ilusion for You. You forget the money, which is not made by thin air.

The brave Yemenis who fight for their land and their freedom are giving an unparalleled lesson in civilization, and give hope to all those who love freedom and justice, from their example we all have to learn about the true meaning of life, which is to never bow in the face of arrogance and injustice, Houthi’s war is symbolically everyone’s war.

As long as You kill each other, Ypu dont come here – I hope.

The Houthi are too modest.

They have been steadfast for more than 3000 years.

“Some of the numbers shared by the Houthis were likely exaggerated. Nevertheless, there is no doubt that the Yemeni group was able to hold its ground for the last six years and inflict serious losses on the Saudi-led coalition, which failed to archive its main goals.”

I do think it is exaggerated, but for minimal margin. Even if it was exaggerated badly, Wahabis already losses a lot of money and resources and it will go on and on! (Syrian war is reaching its 10 years). On the other side Houthis are getting their results from small efforts, they are yet to up the games of heavily armed drones and high explosive ballistic missiles, while Wahabis need to watch out for their oil-factories to not get raze down by Houthis. There is no way for Wahabis to win this war except “an all out war or even Nuke War” which they cannot afford (to handle the public response from such acts). So it is dead end for Wahabis sooner or later.