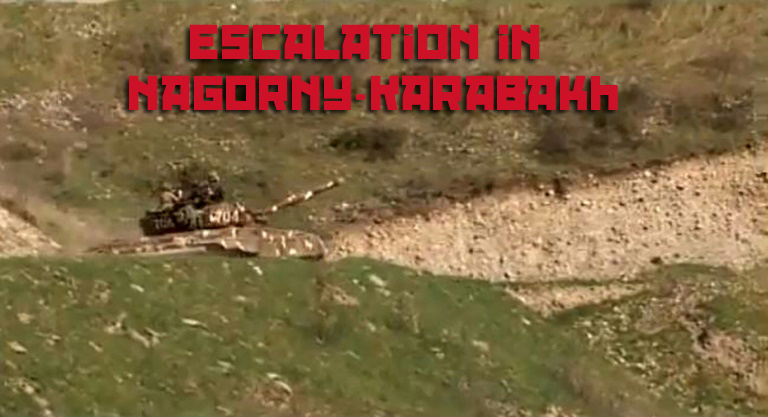 Photo: An Armenian battle tank is in the conflictzone on April 3

On April 3, the Defense Ministry of Azerbaijan reported that the country is going to “unilaterally cease all hostilities in Karabakh”. However, the statement doesn’t look as a based on the facts on the ground:

According to the Armenian Defense Ministry, the fighting is ongoing near the village of Talish in the Martakert region of Nagorny-Karabakh where the Armenian forces are advancing on the positions taken by the Azerbaijani troops on April 2.

The situation at the contact line is deteriorating rapidly while Azerbaijan and Armenia acuse each other in the violation of the ceasefire.

Armenia has launched intensive shelling of settlements along the contact line, Russian news agency RIA Novosti reported citing a spokesman of the Azerbaijan Defense Ministry. [Editor’s comment: We remember that the escalation erupted on April 2 after the advances of the Azerbaijani military.] The general prosecutor’s officer in Azerbaijan has also said that at least 2 civilians were killed and civilians injured as results of the Armenian Army’s artillery fire in the conflict zone.

Journalists report that an artillery fire from both sides is being heard at least near the town of Martakert in Nagorny-Karabakh.

The sides are deploying forces in the area:

Azerbaijan’s President Ilham Aliyev stated at least 100 Armenian soldiers have been killed and 100 others injured during the clashes [Editor’s comment: no proofs have been provided].

Based on unconfirmed reports

Azerbaijan announced 12 its soldiers have been killed in the clashes. However, photos from the battlefield allow to suggest that these reports miss-represent the situation.

Allegedly corpses of the Azerbaijani military servicemen in the area of Nagorny-Karabakh: 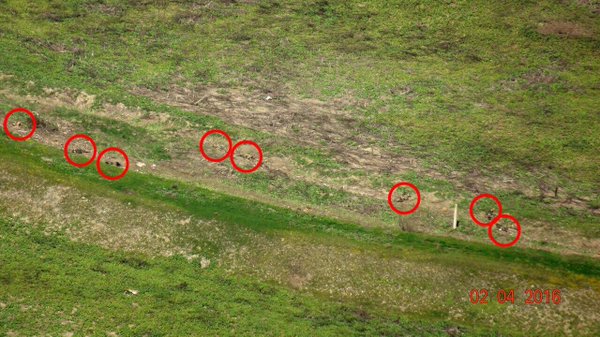 4 RPG-26s have been allegedly captured from an Azerbaijani Special Forces unit during the clashes: 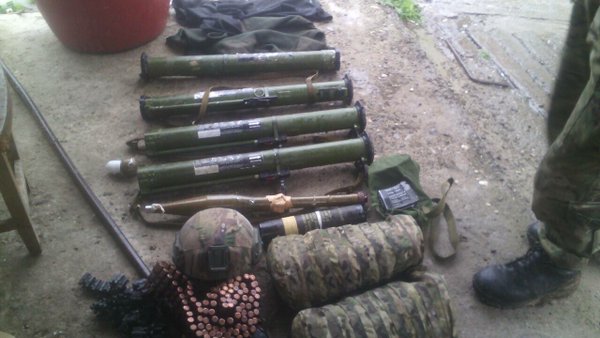 Azerbaijan looks like the bad guys to me. need to google some more or if you guys can make a video about this conflict.