Russian Foreign Minister Sergey Lavrov defended the Syrian Arab Army’s operation in Idlib, and fight against Turkish and Turkish-backed troops as a response to gross violations in the Idlib agreements.

“These actions of the Syrian armed forces are a response to the grossest violations of the Idlib agreements,” Lavrov said. “At the same time, contrary to some estimates, I emphasize that the Syrian troops are pushing the militants and terrorists not to foreign territories, but to their own, thereby restoring control of the legitimate government of the Syrian Arab Republic over their lands,” said the Russian Foreign Minister.

Earlier, Foreign Minister Sergei Lavrov said that Turkey has not fulfilled a number of key obligations on Idlib. The opposite opinion, in turn, was made by the vice president of Turkey Fuat Oktay, saying that it was Russia, who wasn’t fulfilling its obligations.

The Kremlin spokesman Dmitry Peskov, commenting on the situation, noted that Moscow will continue to use contacts with Ankara to stop the escalation of tension in Idlib.

“We were satisfied with the agreements that were reached more than a year ago in Sochi, and this was mutual satisfaction, and we absolutely ceased to be satisfied after the offensive actions of militants and terrorist groups against the Syrian Armed Forces and the Russian military began from the territory of Idlib objects. That’s where our satisfaction ended,” said the presidential spokesman.

Russia: "Turkey failed to separate the opposition from the extremist jihadist faction in Idlib, and failed to secure and reopen M5 as agreed between president Putin and Erdogan"

"We will stay in contact with Turkey to avoid any escalation"

On February 17th, US President Donald Trump said that Erdogan was trying to ensure that a humanitarian catastrophe doesn’t take place in Idlib.

“He’s fighting on Idlib,” Trump told reporters. “He doesn’t want people to be killed by the thousands, and hundreds of thousands.”

Mark Lowcock, the UN’s humanitarian affairs chief, said that “indiscriminate” violence in the region reached “a horrifying new level” since the regime offensive began in December and he demanded the Security Council to take action to avoid catastrophe of historical proportions.

“The biggest humanitarian horror story of the 21st Century will only be avoided if Security Council members, and those with influence, overcome individual interests and put a collective stake in humanity first. The only option is a ceasefire,” he said.

Thus, the Washington-based establishment is at least supportive of Turkey in rhetoric, but it is also unlikely that any military support would come in case Ankara really undertakes an offensive.

On February 18th, Turkish President Recep Tayyip Erdogan said that a cross-border operation in Idlib, Syria was just “a matter of time.”

“As with all [previous] operations, we say ‘we could suddenly come one night.’ In other words, an Idlib operation is a matter of time,” Recep Tayyip Erdogan told his party’s parliamentary group.

Erdogan, furthermore, said that meetings between a Turkish delegation and a Russian one in Moscow have failed to produce any results regarding the Idlib situation.

“Although the meetings will continue, it is a reality that we were very far from what we want,” he said.

He added: “Turkey has made all preparations to carry out its own operation plans in Idlib.”

He said that Turkey was prepared to transform Idlib into a safe region for both Turkey, the Syrian population at any cost. Erdogan and his government still entirely refuse to acknowledge the presence of any militants in the province.

Turkey is not satisfied with the outcome of negotiations with Russia on a settlement in Syrian Idlib, spokesman for the Turkish president Ibrahim Kalin said.

“We did not accept the map (borders of the de-escalation zone) that Russia proposed. We do not have goals such as oil or the seizure of territory. We only want to protect civilians and achieve stability in the region. Waves of refugees are gradually putting pressure on Turkey,” Kalin said.

He emphasized that Ankara does not want deterioration of relations with Russia, but attacks from the Syrian forces need to be prevented.

According to Kalin, Turkey will continue to send military and armored vehicles to Idlib “to protect the inhabitants of the region.”

The spokesman for the Turkish president also said that Moscow and Ankara agreed to continue negotiations on a settlement in Idlib.

“We insist on the implementation of the Sochi memorandum on the Idlib de-escalation zone and the withdrawal of the regime’s forces (the Syrian army) beyond its borders. We are talking about the borders that were set 2.5 years ago. Our observation posts were located in accordance with them, and we do not we’re going to change this,” Kalinsaid.

The Turkish Defense Hulusi Akar on February 19th said that Turkey would not abandon its observation posts:

“We will by no means leave the observation posts and will respond many times more to any attacks. We expect that the parties will adhere to the Sochi memorandum. We will continue communication with Russia. The fifth paragraph of the Astana Agreements states that guarantor countries have the right to take additional measures to ceasefire. We are doing it. And as we stated earlier, we warned the opposition in Idlib, and in the same place, against those who violate the ceasefire, we can use force. We respect the integrity of Syria. And we stand for a stable, united state.”

The Turkish-backed opposition groups are trying to regroup and regain control over their areas, however it seems like they will be unable to counteract the SAA.

Russia is a superpower with 6000 nukes and has mollycoddled these Turkey goat fuckers for too long. Russia can also change the global conventional military power structure overnight by arming Iran. Fuck the Turkeys and their terrorists, enough is enough! 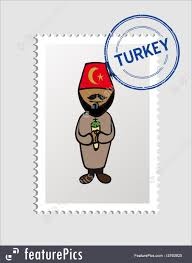 Your ass is continuously itching. Why don’t you just rap it with the sandpaper better for you ??

and a Turkey faggot would know eh Mustafa :)

You Stick some ice cubes makes it better for you. I don’t get frustrated so I don’t need it.

Not Turkish. 99% of people here displaying a national identifier, including a distinctive name, are all team tel-aviv.

block him i blocked

Turkey was a poisoned gift from NATO to Russia.
Russia must be pretty upset now. No one was as ungrateful as the Turks in the world political scene (save the USA and even then).

but but, turkey will be needed when they turn on the illegal settlement israel with the intention to terminate it full stop and the jews either fleeing somewhere or be buried 6 feet under pushing up daisies.

it.s vital for a quick and decisive end of the jews on palestinian land.

A factual Russian documentary on the liberation of Idlib.

lol unreal ridiculous pathetic….. WTF is there to discuss with the number 1 Sponsor of sunni terrorism in syria including the number one Sponsor of ISIS in the Region.And while These as usual bs talks continue, Turkey is sending day and night troops and Equipment into Idlib under the eyes of the russian airforce.Why is Russia letting Turkey build up their troops in Idlib?totally pointless and useless unless there are other Options WE all dont know About yet………
anyway.. the continuing troop build up by Turkey in Idlib is full of dangers for the legitimate gov. of syria.the biggest danger ofcourse beeing a full scale war betweern Turkey and syria and Turkey beiing a NATO member.The second danger ofcourse is North east syria…..SAA has a small number of troops there with no air support due to the american bastards.Any large scale attack by TAF troops against SAA in N. E syria will destroy the SAA troops in this area.

Just a mad man who has lost all his senses or a treachrous Zionist pig would have the idea and come to the conclusion, that a TURKISH Invasion and occupation of syria would help the legitimate gov. of assad.

death to america death to Israel curse on the jews-the houthi Slogan—-the bravest of the brave!!

Turkey, you would not have a refugee problem, had you not spent the last 10 years suppling a terror.army in the neighbors country.

And now you cry, you appeal.tonthe humanitarians for the refugees you caused to yourself.

This is weaponizing refugees, a stone cold shame for the turkish leadership and their supporters.

Pepperidge farms? Is it a take on ground Turkish (soldier/terrorist) meat?