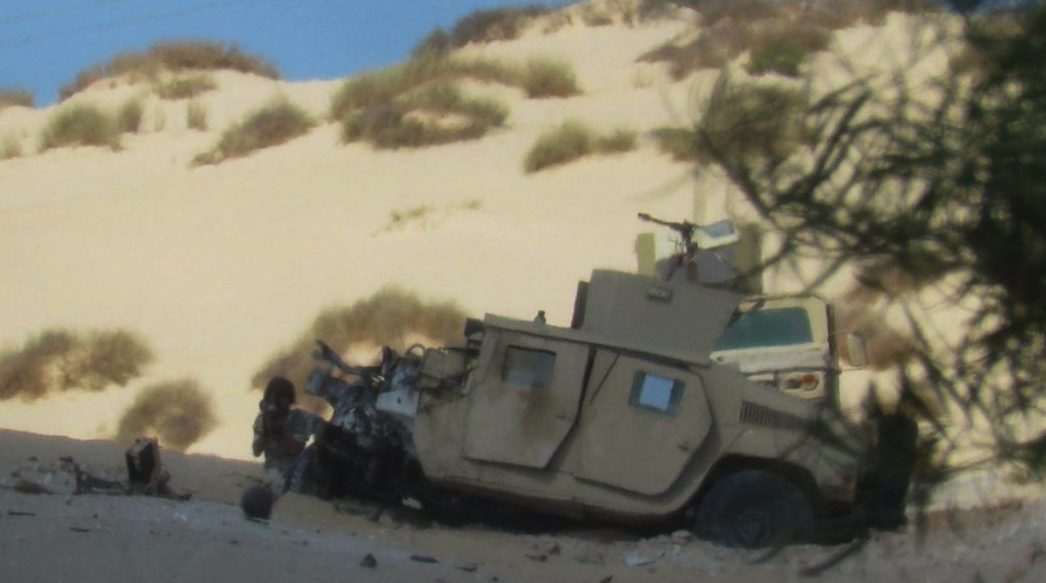 ISIS has claimed responsibility for an attack with improvised explosive devices (IEDs) on a patrol of the Egyptian Armed Forces (EAF) in the Sinai Peninsula.

According to the terrorist group’s official news agency, Amaq, the patrol was targeted with two IEDs while it was passing near the al-Hussienat school to the west of Rafah city, which is located in the northeastern part of Sinai. The agency said that five service members of the EAF, including an officer, and pro-government tribal fighters were killed in the attack.

These claims were confirmed by Egyptian news sources, who identified the slain officer as Colonel Osama Abdel Halim. He was reportedly the commander of the EAF’s 188th Infantry Battalion.

ISIS’s remaining cells in Sinai stepped up their attacks on the EAF and tribal forces in the last few weeks, especially near Rafah

In response to ISIS’s recent attacks, the EAF and tribal forces deployed additional reinforcements around Rafah. Despite this, the city’s outskirts are yet to be secured. The city is slowly turning into the focal point of ISIS insurgency in the Sinai Peninsula.

What’s funny is even when Egypt becomes a Zionist puppet, Zionist still make ISIS attack them

Issis is a group trained and secretly financed by Israel… their actions are always for the benefit of the mentor state.