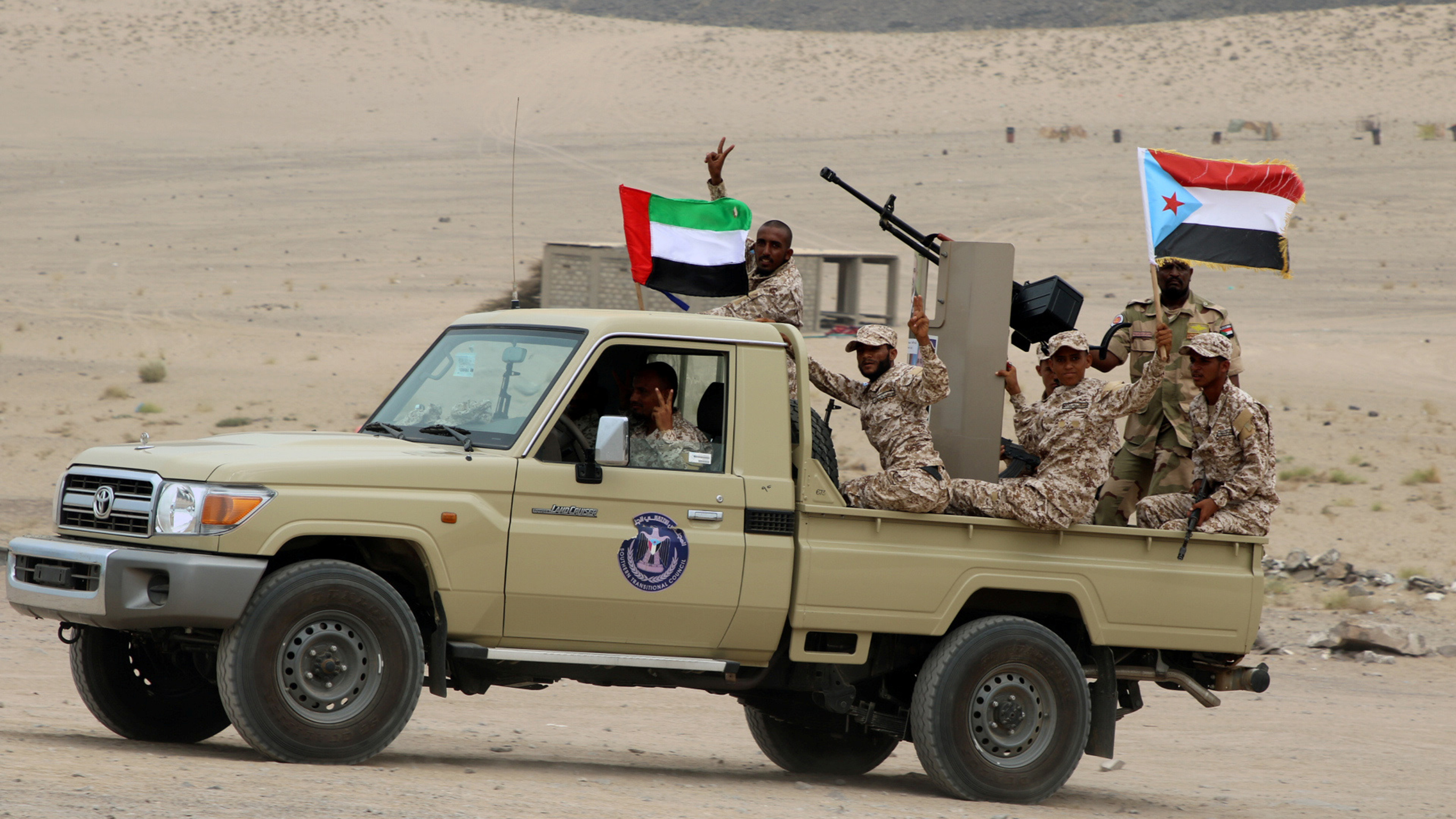 On January 9, Yemeni forces, led by the United Arab Emirates (UAE)-backed Giants Brigade, kicked off a large-scale offensive against the Houthis (Ansar Allah) in the district of Ain in the province of Shabwah.

The offensive represents the third and final phase of Operation Southern Storm, which was launched by the Giants Brigades and the pro-Saudi wing of the Yemeni Armed Forces in the beginning of the year. During the first phase of the operation, Saudi and UAE-backed forces captured the district center of Usaylan. In the second phase, the forces seized the district center of Bayhan.

A few hours into the third phase, the Houthis were expelled from the areas of Taraf as Saq and Qarn al-Mujajib in Ain. The Giant Brigades are now advancing towards the district’s center.

The Giants Brigades and their allies continue to receive close air support from the Saudi-led coalition. Between January 8 and 9, coalition warplanes carried out 39 airstrikes on Houthi forces in Shabwah in support of Operation Southern Storm. According to the coalition’s claims, 290 Houthi fighters were killed. 30 military vehicles and positions were also destroyed.

The Houthis are now showing some resistance. On January and 9, the group fired four ballistic missiles at gatherings of the Giant Brigades in Usaylan and Bayhan. Losses were reported.

The district center of Ain will likely turn into a heated battlefield between the Houthis and the Giant Brigades in the upcoming few hours.